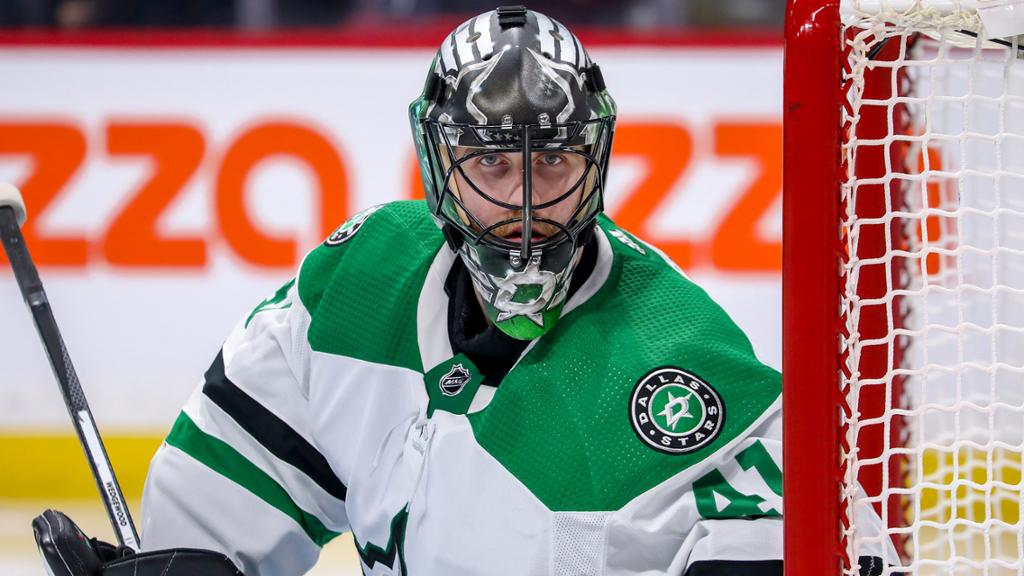 Scott Wedgewood, who was taken off the ice on a stretcher with an upper-body injury Thursday, could back up goalie Jake Oettinger for the Dallas Stars when they host the New York Islanders on Saturday.

Wedgewood was injured at 14:01 of the second period of the Stars’ 6-4 win against the Florida Panthers.

“Few steroids to settle the body down, then I was able to stand up,” Wedgewood said. “Little bit of a hunchback feeling after the game and on the plane and stuff. But woke up the next day feeling pretty good. Was able to skate this morning and had no issues.”

Wedgewood made 21 saves on 23 shots in 34:05 before being replaced by Oettinger, who made 19 saves, including 15 in the third period. The Stars led 5-2 at the time Wedgewood was injured.

“Something weird, I’ve never had that,” Wedgewood said. “It just kind of locked, is the best way to describe it, is like a pretty nasty spasm, I guess. Had the odd time where you get a cramp in like an over-reach. It’s the end of the play, trying to hold the position, there was a loose puck. (Jason) Robertson trying to close me up, the body had nowhere to go. Just locked up, rolled over, tried to roll over and sit up and the leg was a steel pipe. Kind of couldn’t settle it down.”

“I think Wedgewood’s going to be fine, he skated this morning,” DeBoer said. “But I don’t want to confirm anything until we get to the game tonight because you never know how these things can go.”