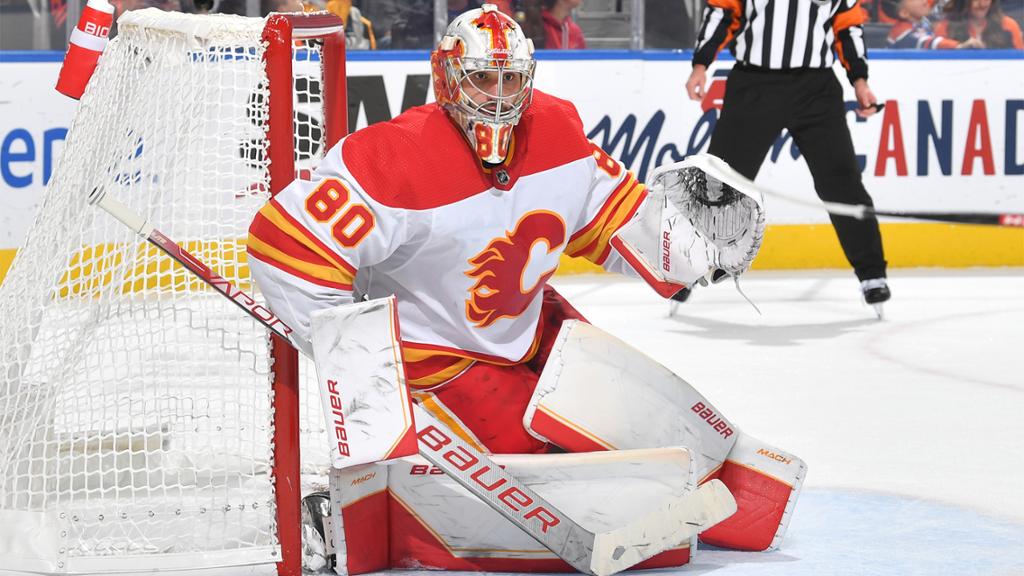 Dan Vladar signed a two-year, $4.4 million contract with the Calgary Flames on Thursday. It has an average annual value of $2.2 million and begins next season.

The 25-year-old goalie made 26 saves in his only start this season, a 4-3 win against the Edmonton Oilers on Oct. 15. He was in the final season of a three-year contract he signed with the Boston Bruins on Aug. 23, 2020, and could have become a restricted free agent after the season.

“Obviously I’m super excited, but I’ve got to work even harder now,” Vladar told the Flames website. “I love this city, I love the fans, I love the organization. … It’s a dream come true.”

“I think we’ve got something special going on here,” Vladar said. “I love the group. Being in the locker room with ‘Marky’, I really like the goalie coaches here. This is probably the best thing that could happen to me. Obviously, I’m super happy here, so I wanted to stay here as long as I could.”

Vladar made 17 saves in relief of Markstrom when the Flames lost 6-3 to the Buffalo Sabres on Thursday.

“Every time I get the call, I’m trying to do my best,” Vladar said. “When I know when I’m not playing or we have practice, I’m doing all I can to improve so I can show it in a game and give our team even better chance to win than the week before. That’s my goal. Obviously, be a be a great teammate, be a great guy off the ice, support all the guys when I’m not playing and do my best.”