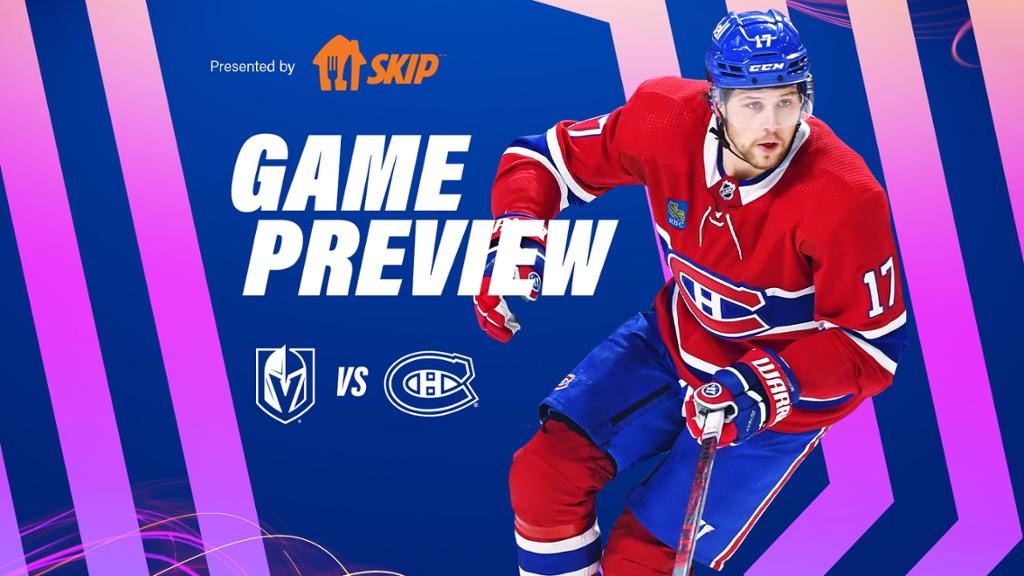 MONTREAL – The Canadiens will look to get back to their winning ways on Saturday when they take on the Vegas Golden Knights at the Bell Centre.

Here’s what you need to know ahead of the game:

1. The Canadiens are back in Montreal following a nine-day, four-game road trip. The road swing wrapped up in Winnipeg with a 3-2 overtime loss on Thursday. The Canadiens led twice in the matchup, courtesy of goals from Nick Suzuki and Kirby Dach before falling 1:45 into the extra frame. Suzuki is riding a three-game point streak with three goals and three assists over that span. With the OT point, the Habs returned home with five out of a possible eight in their bags.

[email protected]: Get your tickets 🎟️

2. Joel Edmundson notably made his 2022-23 season debut against the Jets in Winnipeg. The alternate captain missed the start of the season due to a lower-back injury, but was the second-most used defenseman by head coach Martin St-Louis in his return with 21:07 of ice time. In other personnel news, the Canadiens placed forward Evgenii Dadonov on the injured list on Thursday afternoon.

3. The Habs enjoyed a day off on Friday and did not hit the ice at the Bell Sports Complex in Brossard. Any changes to the lineup against Vegas will become more clear following Saturday’s morning skate. It should nevertheless be a milestone night for two Canadiens, as Josh Anderson and Joel Armia are both slated to play their 400th career NHL games.

4. The Golden Knights arrive in Montreal on the third stop of a five-game road trip. Vegas picked up wins in Washington and Ottawa on Tuesday and Thursday, respectively, and will travel to Toronto and Buffalo after Saturday’s date with Montreal. The Golden Knights are currently on a six-game winning streak and sit atop the Pacific Division with a 10-2-0 record. The Nevada club has not lost since dropping a 3-2 decision to the defending Stanley Cup champion Colorado Avalanche on Oct. 22. Jack Eichel, Chandler Stephenson and Mark Stone lead the team in scoring with 10-plus points each through the season’s first 12 games. Montreal and Vegas will meet once more this regular season on March 5 at T-Mobile Arena.

5. Game time is scheduled for 7:00 p.m. ET at the Bell Centre. Prior to puck drop, the team will host its second Molson Export Concert Series event of the season, with Qualité Motel rocking the crowd outdoors with a free show at Canadiens Plaza. The game will be broadcast on TVAS and CITY, as well as on 98,5 fm and TSN 690 on the radio.