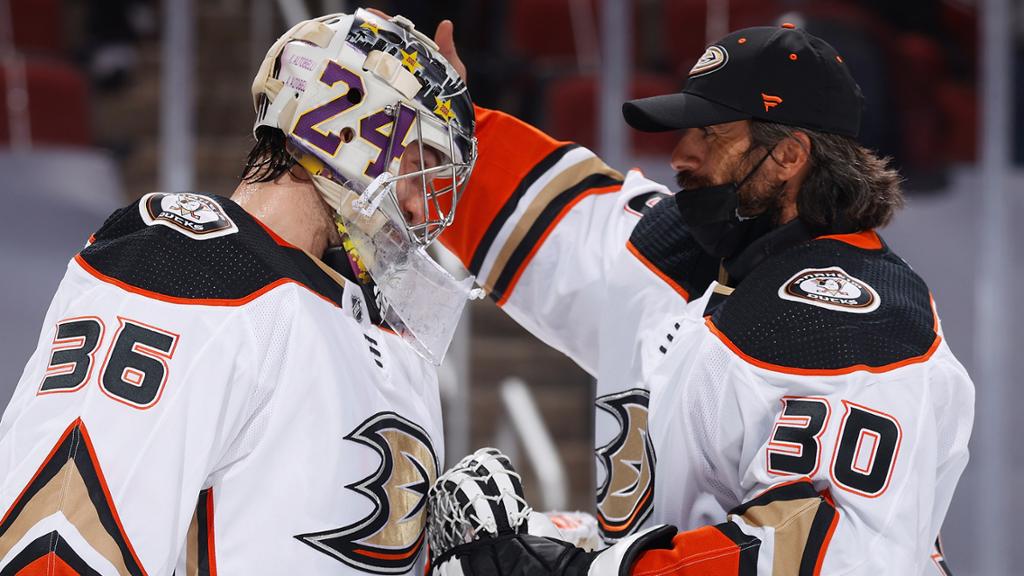 “I feel really good about the next wave,” said Pekka Rinne, who retired after the 2020-21 season as the Nashville Predators’ leader in wins (369) and shutouts (60).

Among those at the top of the list to fill the star gap includes John Gibson of the Anaheim Ducks, Andrei Vasilevskiy of the Tampa Bay Lightning and Igor Shesterkin of the New York Rangers.

They are following in the shadows of Rinne, Roberto Luongo, who retired in 2019 after 19 NHL seasons, and Henrik Lundqvist, who did the same one year later after 15 seasons because of a heart issue that required surgery. Luongo and Lundqvist are fourth and sixth in wins in NHL history, with 489 and 459, respectively.

Over the past three seasons, the list of prominent goalies to retire also includes Tuukka Rask, who played 15 seasons with the Boston Bruins and is first in their history in wins (308), Ryan Miller, who played 18 seasons and has the most win among United States-born goalies in NHL history (391), Ben Bishop, who played 11 seasons and finished with 222 wins and a .921 save percentage (tied for second with Rask in NHL history among goalies with at least 200 starts), Jimmy Howard, who was a starter for the Detroit Red Wings in 10 of his 14 NHL seasons, and Corey Crawford, who won 259 games and the Stanley Cup twice (2013, 2015) during 10 full seasons with the Chicago Blackhawks.

Carey Price, the Montreal Canadiens all-time leader in wins (361), won’t play this season because of complications from knee surgery that threaten to end the career of arguably the position’s most influential talent of the past decade.

“The game is more demanding for goalies than ever,” said Rinne, who played 13 full NHL seasons and is one of 12 goalies in League history with at least 350 wins and 60 shutouts. “The speed and skill today’s NHL players have forces goalies to play with speed, precision, and high hockey IQ. Today’s No. 1 goalies have those qualities. They’re hybrids and multidimensional and great athletes. I love watching the current top goalies.”

The amount of recent retirements have increased opportunities for some young goalies.

Miller would know. He played his final four seasons as backup to one of those goalies: Gibson.

“We will see how many of them do with more of a workload this year,” Miller said. “The guys who retired played a lot of hockey each year. Seems like the NHL has embraced the 1a, 1b style on many teams.”

Miller said he expects this season to be different from the past few, which included interruptions and absences caused by the COVID-19 pandemic. As a result, the NHL saw a record 119 goalies play in at least one game last season.

With a normal offseason and training camps — and the hopes for fewer COVID-19 related absences — more goalies might play No. 1 minutes, though.

Some, like Vasilevskiy, 28, and Connor Hellebuyck, 29, of the Winnipeg Jets, have established themselves as standouts, each having won a Vezina Trophy as the NHL’s top goalie. Vasilveskiy and Hellebuyck were among those Miller and Rinne identified as goalies likely to have long careers as elite goalies.

That list also included Shesterkin, who won the Vezina Trophy and was a finalist for the Hart Trophy as NHL MVP last season, the 26-year-old’s second since succeeding Lundqvist as the starting goalie for the Rangers. Miller’s top-five list was rounded out by Gibson, 29, and Thatcher Demko, 26, who is in his second season as the Vancouver Canucks’ No. 1. Rinne chose Juuse Saros, 27, who was a Vezina finalist last season and played with Rinne for parts of six seasons, and Jacob Markstrom, 32, of the Calgary Flames to conclude his list.

Miller didn’t want to stop at five names, however, mentioning Saros, Markstrom, Jake Oettinger, 23, of the Dallas Stars, Ilya Sorokin, 27, of the New York Islanders, Tristan Jarry, 27, of the Pittsburgh Penguins and Elvis Merzlikins, 28, of the Columbus Blue Jackets as options.

“A lot of guys seem like they are on the precipice of making the next step,” Miller said.

Waiting just behind those already getting that chance as starters is another wave.

Luongo, who will be inducted into the Hockey Hall of Fame in November, also had Oettinger on his list, which focused more on goalies that hadn’t yet gotten a chance to be No. 1.

Spencer Knight, 21, who is entering his second full season with the Florida Panthers, and Jeremy Swayman, 23, who is also entering his second full season with the Bruins, were two named by Luongo. Daniil Tarasov, 23, of the Columbus Blue Jackets, Jesper Wallstedt, 19, who is set to start his professional career in North America with the Minnesota Wild’s American Hockey League affiliate, and Yaroslav Askarov, 20, who is about to do the same with the Nashville Predators AHL affiliate, were also on the list.

“There’s going to be a new generation of technically perfect goalies coming in the near future,” said Luongo, who heads the Panthers goaltending excellence department and is a special advisor to general manager Bill Zito. “It’s just a matter of when, not if.”