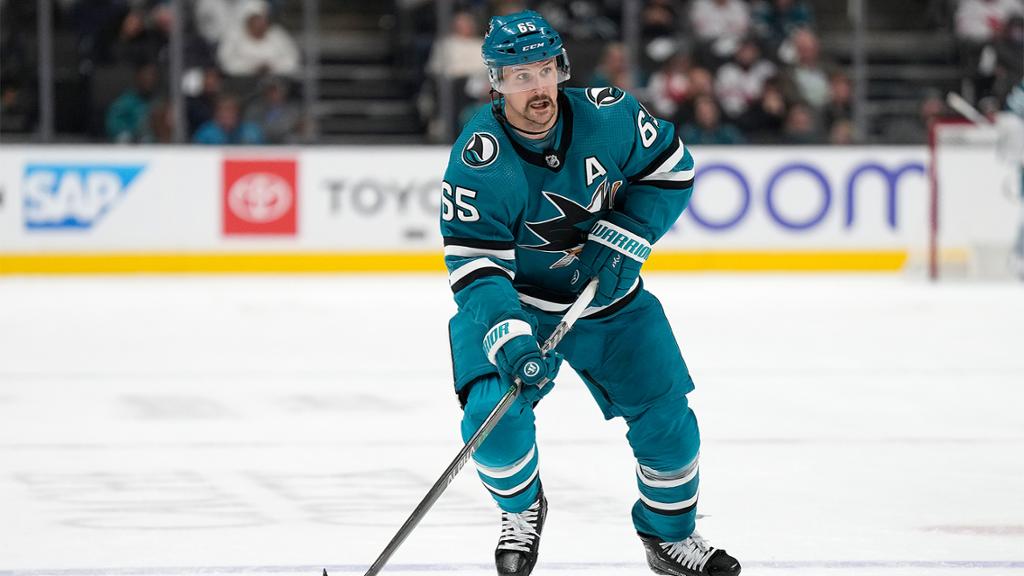 To mark the quarter point of the season, NHL.com is running its second installment of the Trophy Tracker series. Today, we look at the race for the Norris Trophy, which is awarded annually to the top defenseman in the NHL as selected by the Professional Hockey Writers’ Association.

Erik Karlsson has turned back the clock, and that’s great news for the San Jose Sharks.

As a result, Karlsson was selected by a panel of 14 NHL.com writers as the early favorite to win the Norris Trophy, receiving 64 points, including 10 first-place votes. Last season’s winner, Cale Makar of the Colorado Avalanche, was second with 43 points (three first-place votes), and Rasmus Dahlin of the Buffalo Sabres was third (33 points). Hampus Lindholm of the Boston Bruins, who was fifth, received the other first-place vote.

“I think everyone is seeing what a world-class player he is,” Sharks coach David Quinn said after the loss to the Ducks. “I know he’s had injury issues here in the last few years. … He’s feeling as good as he has in years, and it’s showing. … I’m just happy for him. I know it’s been a tough go for him, but you’re talking about a two-time Norris Trophy winner (2012, 2015) who’s only 32 years old and has a lot of great hockey ahead of him. He’s certainly playing like a Norris Trophy winner.”

Because of various injuries, Karlsson hasn’t played more than 56 games in a season since being acquired by San Jose in a trade with the Ottawa Senators on Sept. 13, 2018, but now that he’s healthy, he has the chance to become the first defenseman to get 100 points in a season since Brian Leetch finished with 102 (22 goals, 80 assists) with the New York Rangers in 1991-92.

“What can happen when you coach a player like that, you spend a lot of time with other people and you just kind of take it for granted,” Quinn said on Nov. 21. “We talked today and I just said to him, ‘You’ve been unbelievable.’ Not only on the ice but off the ice, in all the things we need him to do in order for us to be the organization and team where we need to be. I’ve been floored by the level of play by him. It’s been unbelievable to watch him.”

For his part, Karlsson said his stats don’t matter as much as his team winning. San Jose (7-13-3) has won consecutive games just once this season and is in seventh place in the eight-team Pacific Division.

“Unfortunately, we are where we are in the standings,” Karlsson said Nov. 21. “You don’t win games by yourself or by having an individually good season. That’s the way I see it. I’m hoping we can find a way to become a more competitive team and fight for a playoff spot, and we’ll see where we are at the end of it, and all the rest will take care of itself.”

In addition to his scoring, Karlsson leads the Sharks in ice time per game (25:15) and is also first among their defenseman in SAT percentage (shots taken while on the ice at 5-on-5) at 53.7 percent.

“He’s a dynamic player,” San Jose general manager Mike Grier said Nov. 15. “To me, he’s probably one of the three best offensive defensemen in the League, and he’s been great for us. He’s done everything we’ve asked as far as preparation, practicing, playing. He’s been great.”