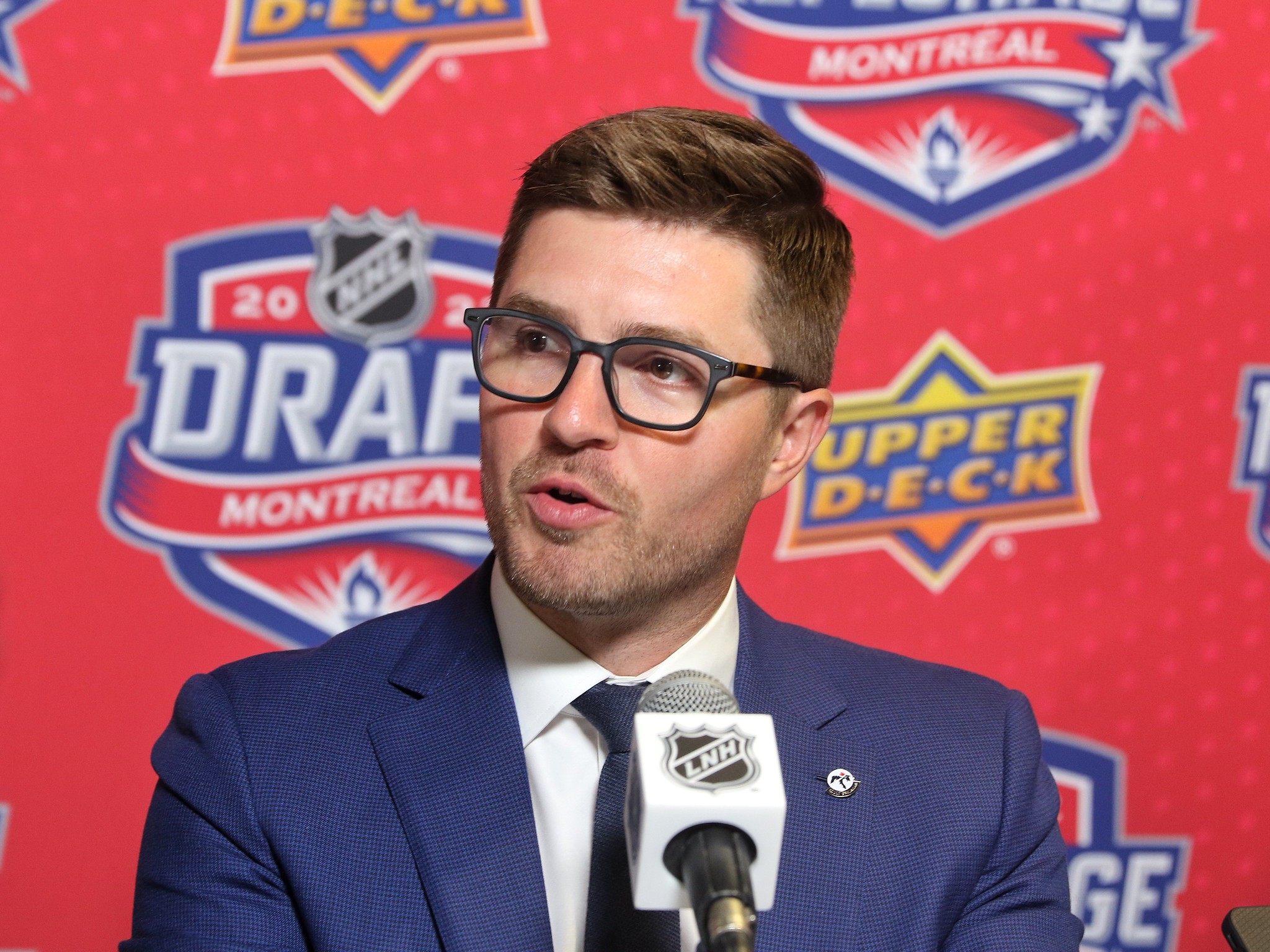 Toronto Maple Leafs general manager (GM) Kyle Dubas is not afraid to make a trade, regardless of if it’s in the summer months, early on in the season, or at the trade deadline. The issue right now, you ask? Dubas can’t find a dance partner and the early season Maple Leafs’ trade talks have all fizzled out.

When training camp started this season, it was no secret the Maple Leafs had a surplus of depth forwards. Dubas signed the likes of Zach Aston-Reese, Denis Malgin, Adam Gaudette, Nicolas Aube-Kubel, and Calle Jarnkrok to help provide some internal competition at camp. This group joined the likes of Wayne Simmonds, Kyle Clifford, David Kampf, and Pierre Engvall, all of whom would battle it out for roster spots to open the season.

It hasn’t necessarily worked out as the lineup shuffling has been taking place early and often. Turns out the Maple Leafs have made a number of these forwards available for trade and so far, no takers.

Hockey insider Elliotte Friedman reported several weeks ago, Dubas made it known to all 31 other teams, Simmonds was available. Recently, the Maple Leafs waived Aube-Kubel to make room for activating defenseman Timothy Liljegren ahead of Saturday’s matchup against the Boston Bruins, and TSN insider Chris Johnston confirmed the team had also been shopping the fourth-line winger, but again no takers.

Head coach Sheldon Keefe hasn’t been able to find regular playing time for either player, hence why they’ve been offered numerous times to other teams. Throw in the fact that Toronto has some serious depth issues on the blue line, and one can see why Dubas would want to move his surplus into an area of shortage.

From the group of forwards mentioned above, Kampf is a lock to stay on the club as his ability to be a shut-down center and kill penalties is unmatched in the group. Aston-Reese seems to have found a home and is impacting the game with his physical play, and recently chipped in with some offense. Simmonds was recalled for the Bruins game, and his toughness is something the team could use more of. He’s a beloved teammate and someone the rest of the team wants to stick around. So, the question remains, how can Dubas strike a deal?

Enough with the small tinkering and trying to find a 1-for-1 deal for a depth defenseman, Dubas and the Maple Leafs need to package one of these forwards with multiple prospects to sweeten the pot and make a move that’s going to have a significant impact on the roster.

Moving the likes of Engvall, along with one top prospect and a mid-level prospect is a package that could stir up some interest from other teams, specifically some basement dwellers who are looking for young pieces to rebuild with. The Anaheim Ducks, Arizona Coyotes, and San Jose Sharks of the world. These are the three teams Dubas should be focusing on and continuing to have trade dialogue with.

Instead of trying to ship out a fourth-liner who may be overpaid, it’s time for Toronto to get ahead of the market and make a splash to upgrade some areas of need. They could use a second-line left-winger, especially if they aren’t going to give Nick Robertson a fair chance, which is a topic for another day. The Maple Leafs also are in dire need of another top-four defenseman. Getting Liljegren back will certainly help, but until they find a way to replace Justin Holl, their defensive core is not going to be as strong as other Stanley Cup contenders.

Contract Status Aside Maple Leafs GM Should Pull the Trigger

It’s no secret Dubas is in the final season of his current contract and there’s likely not going to be any contract extension talks throughout this season. The ownership group and President Brendan Shannahan want to see how things play out this season to then assess next summer on what exactly the state of the franchise looks like. While I don’t necessarily think he’ll be timid because of his job security, Dubas needs to double down and hit the trigger on a bold move(s) this season. We’ve seen how fragile the team can be early on this season and this roster is a work in progress. Toronto needs to circle the Sharks, Ducks and Coyotes for some talent and jump ahead of the market.

The Maple Leafs have tried to trade multiple forwards this season and so far, no luck. It’s because teams around the league aren’t looking to fill fourth-line duty and a hard salary cap certainly doesn’t help the cause. The best approach would be for Toronto’s GM to create a significant trade package, which includes at least one NHL forward and multiple prospects and go find an impact player who is going to be a consistent contributor and help this core get over their first-round demons.