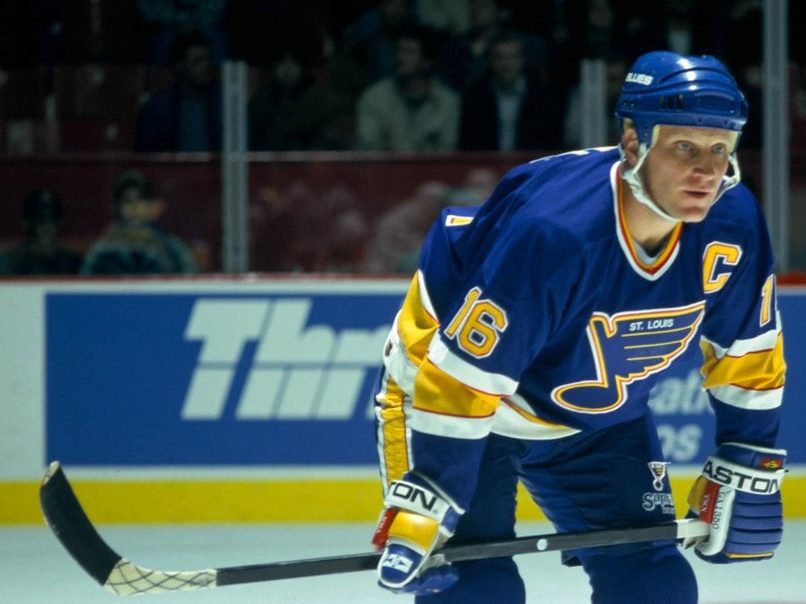 The date has been quite eventful during National Hockey League history. One goaltending legend played his final game while there were also numerous NHL firsts. A whole slew of Hockey Hall of Famers hit personal milestones, and this was a good day for coaching changes in Toronto. The THW time machine is gassed up and ready to take us back through the years to relive all the best moments from Nov. 28.

A Memorable Date for Goaltending Legends

Goaltender Georges Vezina collapsed on Nov. 28, 1925, during the Montreal Canadiens’ 1-0 loss versus the Pittsburgh Pirates. This was his 328th consecutive game, but it turned out to be his final one. Shortly after this, he was diagnosed with tuberculosis and died the following March.

Today, most fans know the name because of the Vezina Trophy, which is given to the goaltender voted as the best in each season. He played in 16 seasons for the Canadiens, seven in the National Hockey Association, and nine in the NHL. He was the only goaltender to play for the Habs between 1910 and 1925. He won a total of 173 regular-season games between the two leagues and two Stanley Cups.

Another Canadiens goaltending legend, Jacques Plante, recorded his 28th career shutout on Nov. 28, 1954, in a 2-0 win over the Chicago Blackhawks. Bernie Geoffrion scored all goals in the game, with Jean Beliveau assisting on both of them.

On Nov. 28, 1963, Glenn Hall earned his 54th career shutout and picked up an assist in the Blackhawks’ 2-0 win over the Toronto Maple Leafs. This extended the Blackhawks’ home winning streak at the Chicago Stadium to 11 games.

A First Time for Everything

Rookie Yvan Cournoyer scored the first goal of his NHL career on Nov. 28, 1963, in the Canadiens’ 7-3 win at the Detroit Red Wings. He scored 428 goals during his 16-season Hall of Fame career; all spent in Montreal.

Darryl Sittler scored the first goal of his NHL career on Nov. 28, 1970, and also added an assist in the Maple Leafs’ 9-4 win over the visiting Red Wings. He scored 484 total goals in his 15-season career, with 389 of them coming in a Leafs sweater. He also had 84 goals with the Philadelphia Flyers and his final 11 with the Red Wings.

Billy Smith became the first goaltender in NHL history to be credited with a goal on Nov. 28, 1979, in the New York Islanders’ 7-4 loss at the Colorado Rockies. While the Rockies had their goalie on the bench during a delayed penalty, Rob Ramage’s back pass missed his intended target and shuffled all the way down and into the vacated net. Smith was the last Islander to touch the puck, so he was credited with the historic goal.

Ron Sutter made NHL history when he played in his first game on Nov. 28, 1982, a 5-5 tie between the Flyers and the Vancouver Canucks. This marked the first time in league history that five brothers from the same family played in the NHL.

Related – The Sutter Family Has Deep Roots in Alberta Hockey

Goaltender Clint Malarchuk recorded his first career shutout on Nov. 28, 1985, as the Quebec Nordiques won 3-0 at the Boston Bruins. Peter Stastny took care of the offense by scoring his ninth career hat trick.

Rookie Peter Bondra scored his first NHL hat trick and added an assist on Nov. 28, 1990, in the Washington Capitals’ 6-3 road win at the New York Rangers. Michal Pivonka chipped in with a goal and three assists.

On Nov. 28, 1992, Chris Kontos became the first 20-goal scorer in Tampa Bay Lightning team history during a 4-3 overtime loss to the Edmonton Oilers. He finished the season with 27 goals, the exact amount he scored in his previous seven NHL seasons combined.

First-year netminder Dwayne Roloson recorded his first career shutout on Nov. 28, 1996, leading the Calgary Flames to a 2-0 win over the Los Angeles Kings. This was the only shutout of his rookie season.

The big moments on this date for future members of the Hockey Hall of Fame started in 1957. On this night, Gordie Howe became the NHL’s all-time assist leader when he set up Dutch Reibel’s third-period goal in the Red Wings’ 3-3 tie versus the Maple Leafs. This was his 409th career assist, one more than Montreal’s Elmer Lach. His 1,049 assists still have him in 10th place on the all-time list.

On Nov. 28, 1964, Henri Richard became the ninth player to score 200 goals as a member of the Canadiens. The milestone goal and an assist came in a 2-1 win over the Bruins.

Legendary defenseman Bobby Orr scored a goal and added an assist on Nov. 28, 1970, as the Bruins and Rangers skated to a 3-3 draw. The helper gave him 200 assists in his career.

Jacques Lemaire became the sixth player to ever score 350 goals for the Canadiens on Nov. 28, 1978, in their 3-0 win over the Flyers. Exactly 22 years later, on Nov. 28, 2000, he became the 42nd head coach in league history to be behind the bench for 500 games. The milestone came as his expansion Minnesota Wild lost 4-1 at the San Jose Sharks.

Mark Messier scored twice to hit 100 goals in his career on Nov. 28, 1982, in the Oilers’ 7-5 win in Detroit. Wayne Gretzky assisted on four of the seven Edmonton goals.

Defenseman Phil Housley scored his 500th career point with a first period assist on Nov. 28, 1989, in the Sabres’ 4-2 road win at the Hartford Whalers. He later tacked on a goal for good measure.

Finally, on Nov. 28, 2014, Martin St. Louis became the third-oldest player to score 1,000 points. He hit the magical mark with a second-period goal in the Rangers’ 3-0 victory over the rival Flyers. At the time, only Ray Whitney and Nicklas Lidstrom were older becoming members of the 1000-point club.

The Maple Leafs made a pair of coaching moves on this date that worked out pretty well for them. First, on Nov. 28, 1931, they hired Dick Irvin as their new head coach a day after firing Art Duncan. Later that night, he led the team to a 6-5 overtime win over the Bruins. They finished the 1931-32 season with the sport’s ultimate prize; Lord Stanley’s Cup. He spent nine seasons behind the bench in Toronto, winning 216 games, before moving on to Montreal, where he won three more championships.

Then, on Nov. 28, 1958, general manager Punch Imlach, who had only been on the job for a week, fired head coach Billy Reay and named himself as the replacement. He took them to the Stanley Cup Final in each of his first two seasons as coach. He was behind the bench for their championships in 1962, 1963, 1964, and 1967. In total, he coached 770 games for the Maple Leafs, winning 370 of them.

On Nov. 28, 1954, Leo Labine scored three goals in a span of just over four minutes and assisted on three more during the Bruins’ 6-2 win over the Red Wings. Five of his six points came in the second period, tying the NHL record for the most in one period of play.

Greg Malone picked up six helpers on Nov. 28, 1979, to tie a club record for most assists and points in a game, as the Penguins beat the Nordiques 7-2. Greg McAdam chipped in with a hat trick and an assist in the first-ever meeting between these two franchises.

Brett Hull scored a goal and added an assist on Nov. 28, 1991, to lead the Blues to a 5-2 win over the visiting Nordiques. This began a team-record 25-game scoring streak for Hull. He had at least one point in every game until the Canucks held him off the scoresheet on Jan. 25, 1992. He had 31 goals and 46 points during this streak.

Bryan Murray became the eighth head coach in league history to coach 1000 games on Nov. 28, 2001, in the Mighty Ducks of Anaheim’s 2-0 loss to the Oilers. Edmonton goaltender Jussi Markkanen stopped all 27 shots he faced to become the 14th goaltender to ever have a shutout in his NHL debut.

The Atlanta Thrashers beat the Flyers 1-0 on Nov. 28, 2009, to end their 14-game losing streak. Goaltender Johan Hedberg made 34 saves while Rich Peverley scored the only goal in the Thrashers’ first win over the Flyers since 2005.

Jason Spezza played his 1,200th NHL game on this date in 2021. He did it with the Maple Leafs in a 5-1 win over the Ducks. He has since retired and is now a member of the Maple Leafs’ front office.

A total of 17 players who have skated in at least one NHL game have been born on this date. The most notable Nov. 28 birthday boys are Marc-Andre Fleury (38), Blake Coleman (31), Zach Whitecloud (26), and the late Mud Bruneteau and Jim Neilson.