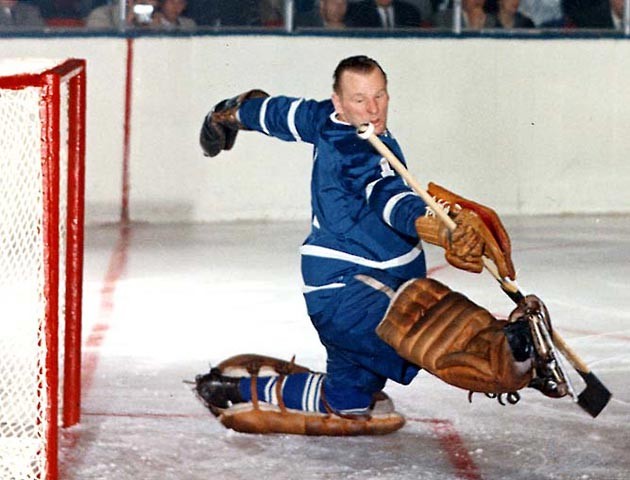 The Great One proved that his nickname was well-earned twice on this date in NHL history. This was also a very busy date in upstate New York. In addition, some cross-town rivalries were put into motion, and the last game of two record-setting streaks occurred. It is time to take our daily trip back through the decades.

Wayne Gretzky accomplished two feats on this date, back in the 1980s, that no player had ever done before and have only been repeated one time each since.

First, on Dec. 10, 1986, Gretzky scored three goals to lead the Edmonton Oilers past the Winnipeg Jets 7-4. This made him the first player in NHL history to rack up 40 career hat tricks. He finished his career with 50, which are still the most in league history. Pittsburgh Penguins’ legend Mario Lemieux is the only other player to score 40 hat tricks.

Three years later, on Dec. 10, 1989, as a member of the Los Angeles Kings, Gretzky became the first player ever to score 1,900 NHL points. The milestone came with an assist during an 8-4 victory at the Quebec Nordiques. Jaromir Jagr is the only other player to reach the 1,900-point plateau in league history.

A Great Day for Hainsworth

On Dec. 10, 1931, goaltender George Hainsworth led the Montreal Canadiens to a 3-0 win at the New York Americans. This was the 64th shutout of his career, and it moved him ahead of Alec Connell for the most in NHL history. Canadiens forward Pit Lepine was the only goal-scorer on the night as he put up the fourth hat trick of his career. Hainsworth ended his Hall of Fame career with 94 shutouts which are still the third-most ever recorded.

One year later, Hainsworth became the first goaltender to earn 150 victories as a member of the Canadiens. This milestone came in a 3-2 win against Connell and the visiting Ottawa Senators.

Bernie Nicholls extended his team-record point-scoring streak to 25 straight games on Dec. 10, 1984, as Kings lost 4-2 at the New York Rangers. He scored 21 goals and 40 points during his 25-game streak. Gretzky equaled this streak during the 1990-91 season, but the duo still shares the longest point streak in team history.

Eight years later, on Dec. 10, 1992, Mats Sundin extended his 30-game point streak with an assist in the Nordiques’ 5-4 win at the Kings. He scored 21 goals and 46 points during his franchise-record point streak. He joined Gretzky and Lemieux as the only players in league history to have a 30-game point streak, and nobody has had one since. Patrick Kane’s 26-game point streak for the Chicago Blackhawks during the 2015-16 season was the longest since 1992.

The first-ever game between the Montreal Maroons and their cross-town rivals, the Canadiens, took place on Dec. 10, 1924. Goaltending legend Georges Vezina earned his ninth career shutout in a 5-0 win over the Maroons. Aurel Joliat was the offensive hero by scoring four of the five Canadiens’ goals.

Nearly five decades later, on Dec. 10, 1972, the Rangers hosted the New York Islanders at Madison Square Garden for the very first time. Blueshirts’ goaltender Peter McDuffe earned his first career victory in a 4-1 win over the invaders from Long Island. This was one of just seven starts McDuffe made for the Rangers.

Usually, an 8-2 loss is not something to celebrate, especially for a goaltender. However, on Dec. 10, 1970, Joe Daley set a Buffalo Sabres franchise record by making 64 saves in the blowout defeat to the Boston Bruins. This was the Sabres’ first visit to Boston, and the 72 shots allowed were the most given up in an NHL game since 1943. Daley’s 64 saves are still the most in team history and the third-most ever made in an NHL game since the start of the 1955-56 season.

Gil Perreault scored a goal and added three assists on Dec. 10, 1978, to lead the Sabres to a 5-3 win over the Toronto Maple Leafs at the Memorial Auditorium. Defenseman Jim Schoenfeld had 12 shots in the game.

One year later, on Dec. 10, 1979, Don Edwards became the second goaltender to record 10 shutouts in team history as the Sabres beat the Detroit Red Wings 4-0 for their eighth consecutive victory.

The Sabres had a much better visit to Boston on Dec. 10, 1983, as they beat the Bruins 4-2, the first of their NHL-record 10 straight road wins. Lindy Ruff led the scoring with a goal and two assists.

Dave Andreychuk collected his 500th NHL point on Dec. 10, 1989, as the Sabres beat the visiting Washington Capitals 4-3. This was the Sabres’ 12th straight home win, tying a club record.

Finally, on Dec. 10, 1993, Alexander Mogilny had three assists to lead the Sabres to a 6-2 win over the Calgary Flames.

Gary Dornhoefer scored his third and final hat trick of his career on Dec. 10, 1972, to lead the Philadelphia Flyers to a 5-2 win over the Maple Leafs. He became the first player to score 100 goals in a Flyers’ uniform with his three tallies.

On Dec. 10, 1992, the NHL announced expansion franchises had been awarded to Anaheim and Miami. The Mighty Ducks of Anaheim and Florida Panthers began play at the start of the 1993-94 season and brought the league up to 26 teams.

Defenseman Michel Petit picked up an assist on Dec. 10, 1997, in the Phoenix Coyotes’ 3-3 tie with the Blackhawks to become the first player in NHL history to score a point for 10 different teams.

The Capitals fired head coach Bruce Cassidy on Dec. 10, 2003, and named assistant coach Glen Hanlon as his replacement. His dismissal came after just 110 games behind the bench, where he went 47-47-9. He wouldn’t get another NHL head coaching job until the Bruins hired him during the 2016-17 season.

Jarome Iginla became the 16th player in league history to play 1,500 games on Dec. 10, 2016. The night was rather forgettable after the opening faceoff as he was held scoreless in the Colorado Avalanche’s 10-1 loss in Montreal.

On Dec. 10, 2021, Claude Giroux had an assist on Sean Couturier’s goal for his 334th power-play point, passing Bobby Clarke for the most in Flyers history.

On that same night, Lars Eller recorded his 328th NHL point to pass Mikkel Boedker for second among Denmark-born players. Frans Nielsen remains first with 473 points. Unfortunately, the milestone didn’t come in a win as his Capitals fell to the Penguins 4-2.

Finally, Adam Fox etched his name into the record books with his 100th assist in only his 151st NHL game on Dec. 10, 2021, when he tallied in the Rangers’ 2-1 victory over the Sabres. With the helper, he became the second-fastest defenseman to reach the century mark in franchise history. Sergei Zubov is still first with 100 assists in 127 games.

A total of 16 players who have played in at least one NHL game were born on Dec. 10. The most successful of the group are Hall of Fame defenseman and current Kings general manager Rob Blake (53), Rene Bourque (41), Nate Guenin (40), Jaycob Megna (30), and Alex Steeves (23).