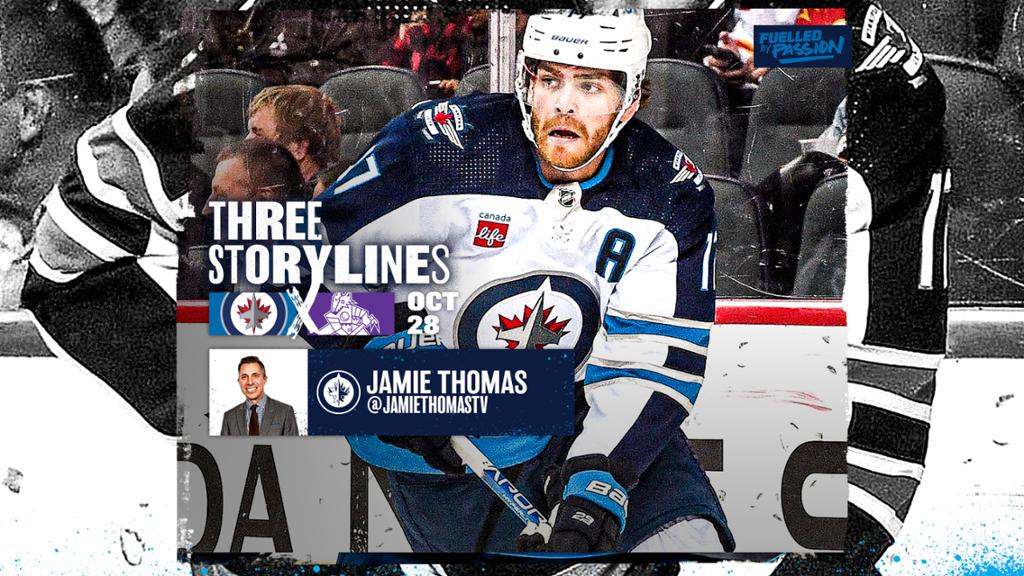 The Jets survived what could have been a disaster last night in Los Angeles. At one point, it was 3-1 Kings and Winnipeg was being outshot 16-1. Adam Lowry‘s shorthanded goal pulled them within one and gave them some momentum heading into the middle frame. The last two road games (at Vegas, at Los Angeles) Winnipeg has been outshot 30-13 and outscored 7-2 in the first period.

“I don’t want to say we got fortunate tonight but it’s tough to win without your best effort every night,” said Lowry after the game on Thursday.

“It’s another thing we can learn from. I thought it was really important that we didn’t quit.”

Considering the Jets are facing a young team tonight in their home opener, they should be ready for the early push from the Coyotes after the puck drops.

Rick Bowness said during training camp that he would like to see more scoring from the blueline and that 40 goals from his defencemen would be a target. It’s only seven games into the 22-23 season but the team is on pace for just under 47 thanks to three goals from Neal Pionk and Nate Schmidt scoring his first last night against the Kings.

The Jets opponent tonight will be the Arizona Coyotes who will be playing their first game at Mullet Arena, a 5000-seat facility while they continue to attempt to build a new arena. The Coyotes went 2-4 on their season opening road trip and are coming off a 6-2 win against Columbus. Arizona has the league’s fifth best power play (29.6%) and a decent penalty kill as well. Associate coach Scott Arniel believes that the Coyotes special teams success means they are paying attention to the little details that make you successful and will be a challenge tonight.