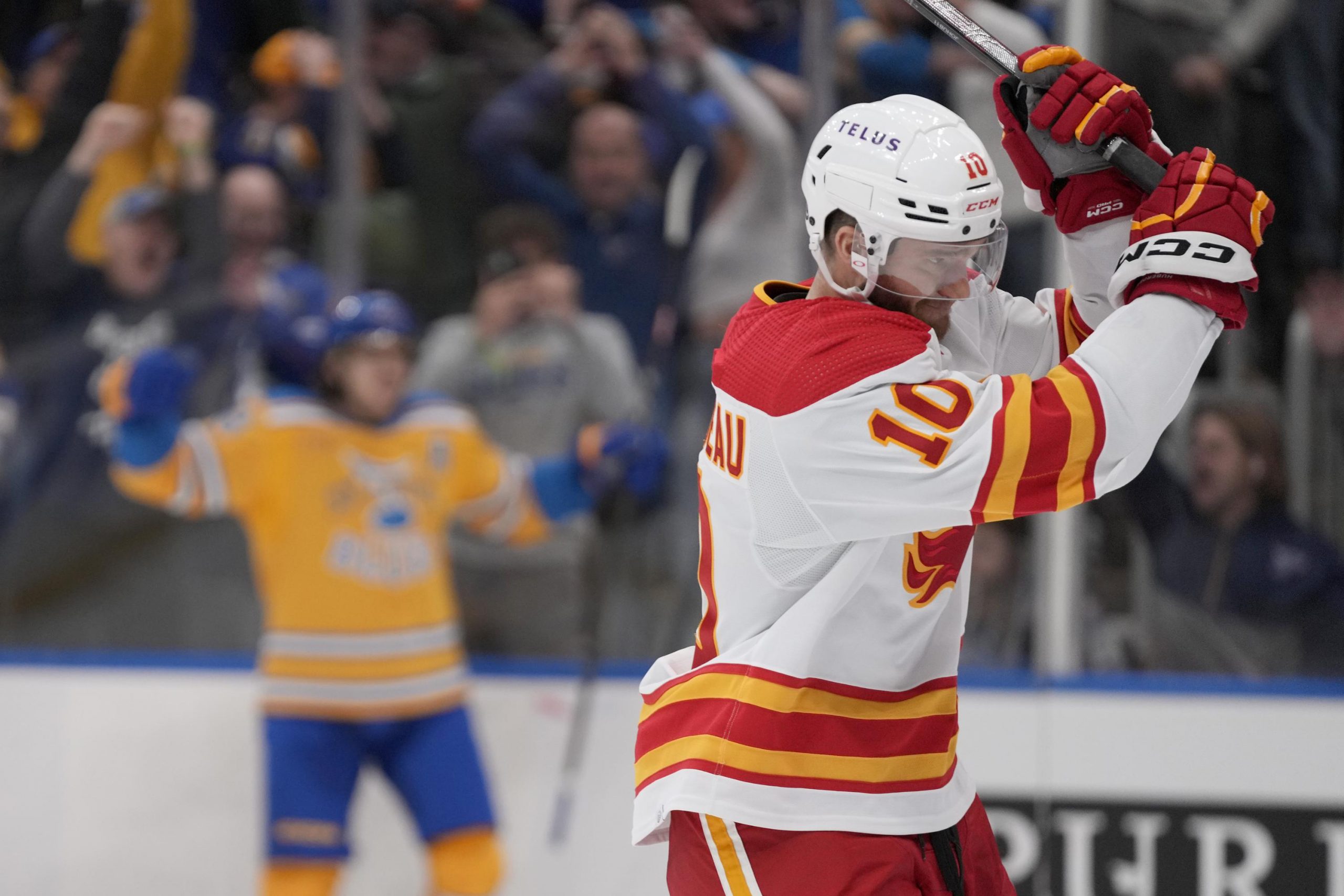 Thomas’ game-winner came on a one-timer on an odd man rush with Jordan Kyrou.

Thomas appeared to give the Blues the lead just over five minutes in the third period, but the goal was waved off for an offside after a Calgary challenge.

Kyrou had a goal and two assists, Pavel Buchnevich had a goal and an assist, and Nikita Alexandrov also scored for the Blues, who won their fourth in their last five games. Jordan Binnington made 28 saves.

St. Louis, which kicked off a season-long seven game homestand, improved to 8-8-2 this season at Enterprise Center.

Andrew Mangiapane had a goal and an assist for the Flames to record his first multipoint game since Dec. 10. He had scored just four points in his previous 13 games.

Milan Lucic and Mikael Backlund also scored for the Flames, who lost their third game in their last four. Jacob Markstrom made 23 saves.

The Blues erased a 3-1 deficit with two goals in a 28 second span early in the third. Alexandrov got the rally started by banging home a rebound off a Steven Santini shot at the 2:20 mark and Kyrou followed with a wrister from the high slot.

Buchnevich’s power-play goal gave the Blues the lead at the 3:50 mark of the first period. Buchnevich’s shot deflected off the stick of Flames defenseman Chris Tanev.

Lucic evened the game with his fourth goal of the season with 6:16 left in the first, tipping in a perfect feed from Nazem Kadri.

Kadri made his first return to St. Louis since last season’s memorable playoff series as a member of the Colorado Avalanche. Kadri’s collision with Binnington in Game 3 ended Binnington’s season and Kadri went on to score four goals and two assists in St. Louis, including a hat trick in Game 4, as the Avalanche eliminated the Blues in six games.

The Blues and the Flames will square off again at Enterprise Center on Thursday.