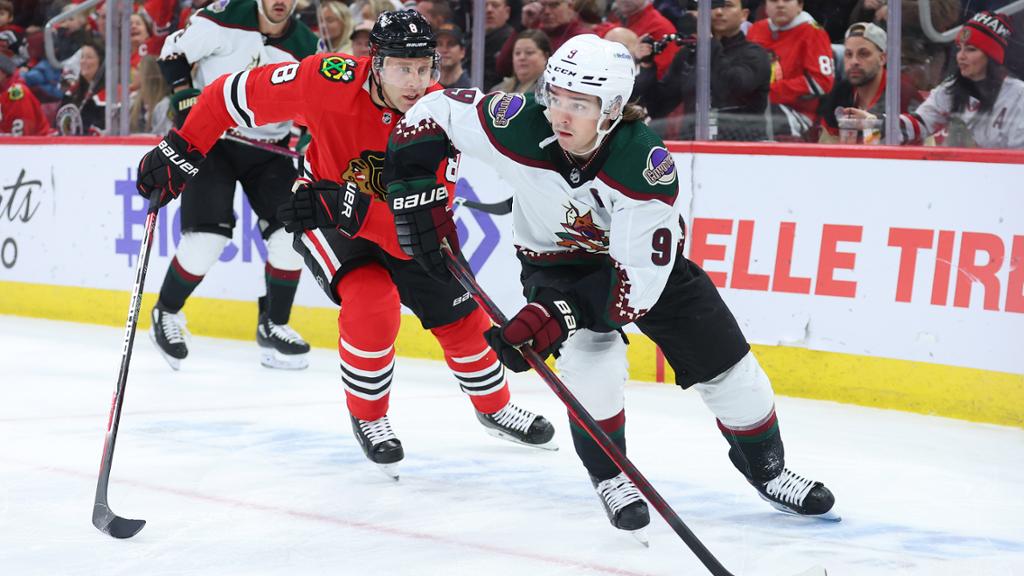 Connor Ingram made 30 saves, but the Arizona Coyotes lost 2-0 to the Chicago Blackhawks on Friday. Arizona was playing in the second of back-to-back games, and will now return home to begin a three-game homestand on Sunday.

Jake McCabe and Tyler Johnson scored, while Alex Stalock stopped all 22 shots he faced to earn his first shutout of the season.

“We had a great effort, that will lead to a better performance, and the result will take care of itself,” head coach André Tourigny said. “That’s the culture we want to have. We want to be a competitive team, we want to work hard, and we want to be on the puck.”

The teams were scoreless after one period before McCabe opened the scoring with a slapshot from the point at 11:55 of the second period. Ingram stood tall throughout the game, but the Coyotes were never able to find the equalizer despite outshooting the Blackhawks 10-6 in the final frame.

“Sometimes it doesn’t go your way; you have nights like that,” Ingram said. “I think it was a good response.”

Johnson iced the game with an empty-net goal at 19:14 of the third period.

The Coyotes were winless on their road trip, but Tourigny said he saw good signs from a team that took a tough 6-2 loss in Philadelphia just one night earlier.

“The guys worked really hard. We competed,” head coach André Tourigny said. “I can live with that when you work like we worked tonight. It was not a matter of effort.”

Arizona and Chicago will meet three more times this season, with the next matchup on Feb. 10 at the United Center.

The Coyotes will now host the Pittsburgh Penguins, San Jose Sharks, and Ottawa Senators at Mullett Arena this week, where they have won three straight games.

Sunday’s game against the Penguins will be broadcast on Bally Sports Arizona Extra (TV) and streamed online (Radio). Puck drop is scheduled for 5 pm MST.