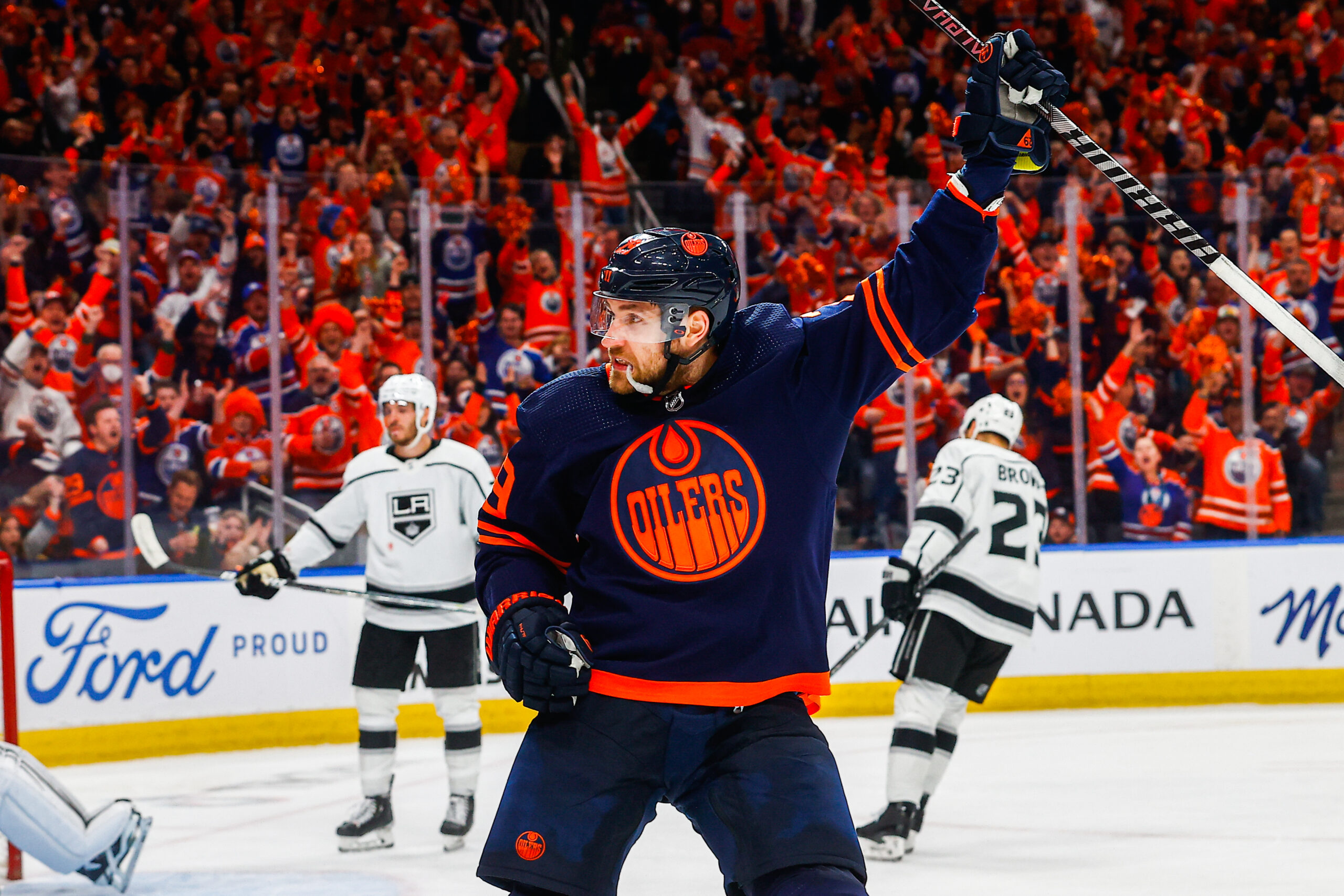 Draisaitl was drafted two years prior than Matthews, but he spent half of his post-draft year in the American Hockey League (AHL). That’s fine, as players develop at different rates. But at age 27 and 25, I’d argue that it is a good age to compare both players and to judge where they will finish all-time.

Matthews had the hotter start to his career, but where it stands over the past five years, Draisaitl has the upper hand. Whether you think Draisaitl or Matthews is the better player, the difference in rank is absurd considering how close the numbers in their careers really are.

When it comes to playoff success, team or individual, Draisaitl has Matthews by a mile. Matthews regularly disappears when playoff time comes while Draisaitl has had two incredible performances. His most recent was on one leg.

Let’s take a look at this season in particular. Nothing has changed in terms of Matthews playing on the top line with high-level talent. His line struggled to a point where the personnel had to be switched around. He may have won back-to-back Rocket Richard Trophies, but he sits tied in 17th this season with 22 goals in 43 games. Draisaitl on the other hand is tied for ninth in goals with 26, since he’s taking a backseat to McDavid who leads the league with 38.

Draisaitl’s production hasn’t slowed down at all considering he’s already at 70 points in 44 games and is on pace for a career-high 127 points. Matthews is scoring well below his career goals-per-game rate of 0.63 and has regressed a fair amount offensively compared to his previous seasons. He is scoring at 0.51 goals per game and is on pace for 40 goals and 91 points. Draisaitl is on pace for 47, but both have proven they can go on incredible stretches of scoring goals.

What Were They Thinking?

Draisaitl hasn’t played on the top line with McDavid as much as he normally does. He has found a lot of success on his own line this season. The power play is a big factor as to how Draisaitl racks up a ton of points. But a lot of that can also be credited to him for that. He constantly practices shooting one-timers from ridiculous angles to make it very tough for the opposing goalies to save. Plus when he’s not in his spot, he’s roaming in front of the net for a tip or tap-in.

Draisaitl is widely regarded as the best passer in the game, forehand and backhand, even more so than McDavid. Though Matthews’ shooting ability may be the best in the league (excluding the slapshot), his passing ability is nowhere near that of Draisaitl. Matthews’ defensive abilities tend to shine through more often, but Draisaitl is overlooked in his own end and on the penalty kill.

Of course, this debate between Draisaitl and Matthews won’t be settled for a long time, if ever, considering each player has some numbers and awards advantages. But I believe each deserves to be in the top-100 of The Athletic’s rankings. Taking into account that the voting for this list took place before the 2022 Playoffs according to the article, Draisaitl still accomplished a great deal to that point and there was a recency bias involved. It has become a trend to overlook a player of Draisaitl’s calibre to this extent when he remains as consistent as anyone in the NHL has ever been.