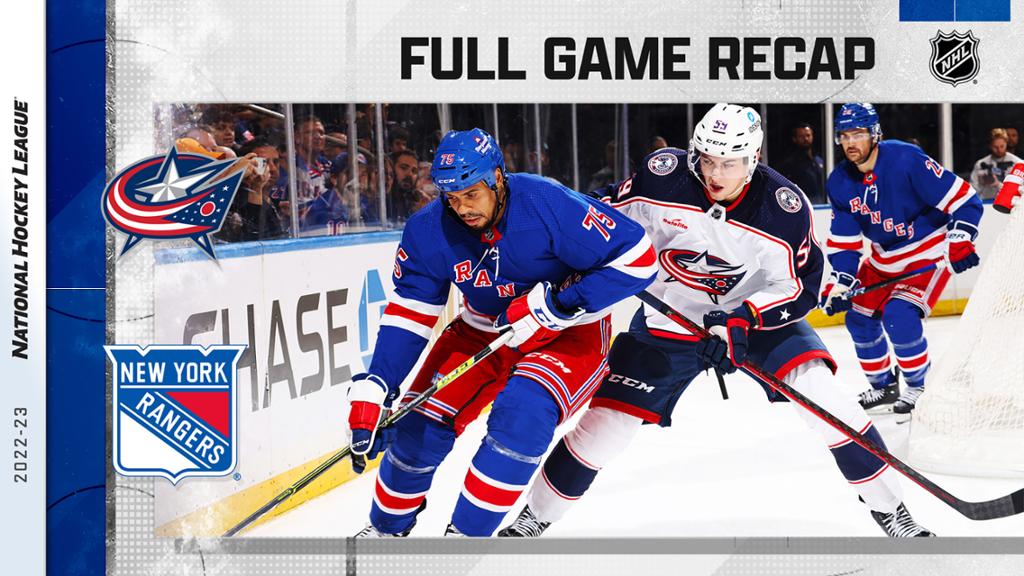 NEW YORK — Daniil Tarasov made 30 saves for his first NHL win in his seventh game, and the Columbus Blue Jackets defeated the New York Rangers 5-1 at Madison Square Garden on Sunday.

Artemi Panarin scored for New York (3-2-1), extending his point streak to six games, the longest by a Rangers player to start a season since Marian Gaborik’s eight-game streak in 2009-10.

Jaroslav Halak made 16 saves in his second start of the season.

Robinson made it 4-1 at 14:13 of the third period, deflecting Erik Gudbranson‘s shot from above the right face-off circle. Johnson scored 44 seconds later to give Columbus a 5-1 lead.

Werenski gave Columbus a 1-0 lead at 17:54 of the first period, scoring from below the right face-off circle.

Peeke made it 2-0 with a wrist shot off the rush from the right circle at 1:42 of the second period.

Chinakhov extended the lead to 3-0 at 9:00 of the second with a wrist shot from the top of the right circle.

The Rangers played most of the game with 11 forwards because Filip Chytil left the game with an upper-body injury 1:32 into the first period.

Columbus played most of the final two periods with five defensemen after Nick Blankenburg left with an upper-body injury after playing one shift in the second period.