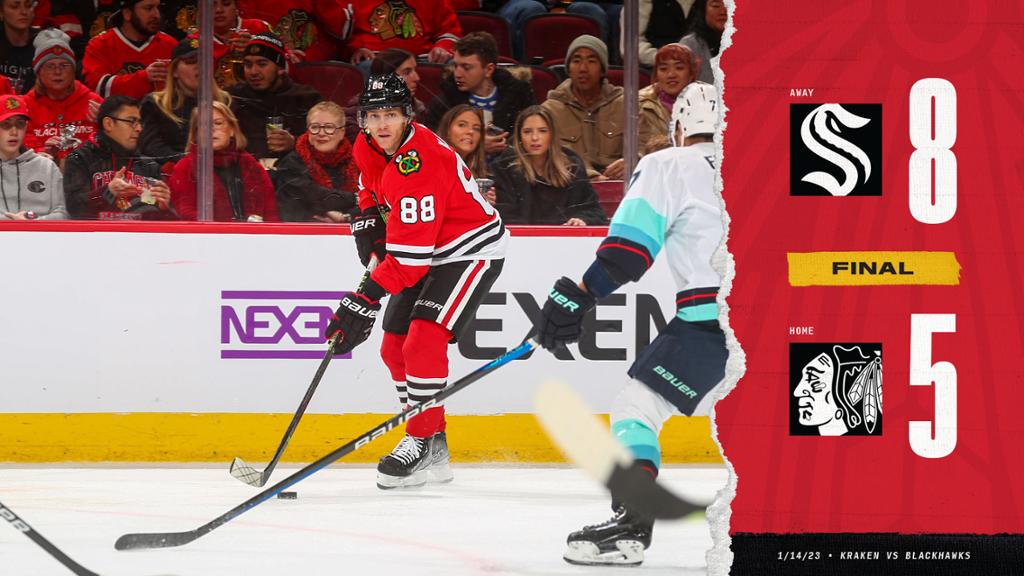 Despite pulling within three goals early in the third period, the Blackhawks were unable to match the pace of the red-hot Seattle Kraken.

The Kraken came out of the gates running, going up 6-1 by the end of the first period. Head coach Luke Richardson that Seattle was playing at a level at which Chicago could not adjust to.

“We just weren’t playing [as] physical,” Richardson said. “[The Kraken] skated with the puck, and probably as hard or harder without it, and there [isn’t room for error out there].”

The game got out of control after the Kraken, who are now the first team in NHL history to sweep a seven-game road trip, scored five unanswered goals to wrap up the first period.

While the Blackhawks were able to refocus during the first intermission, at that point it was too late.

“[We tried to] just go play from there,” Jonathan Toews said. “I think that we responded, but after 6-1 in the first period, there’s only so much you can really do about that.”

A FIRST FOR PHILLIPS

Defenseman Isaak Phillips netted his first NHL goal after playing in eight games this season for the team. He tallied two points (1G, 1A) in his NHL career.

“The play was great, he took it out of the pocket,” Richardson said. “He wanted the puck back [after losing it earlier], and he got open, tapped his stick and made a really nice play on the goal. Definitely a nice highlight [of tonight], a first NHL goal.”

The team went 2-for-2 on the power play, both which occured in the third period. Max Domi‘s goal as well as Taylor Raddysh‘s came on those opportunities. Domi’s goal was the first goal scored for the unit since Jan. 3 against the Tampa Bay Lightning.