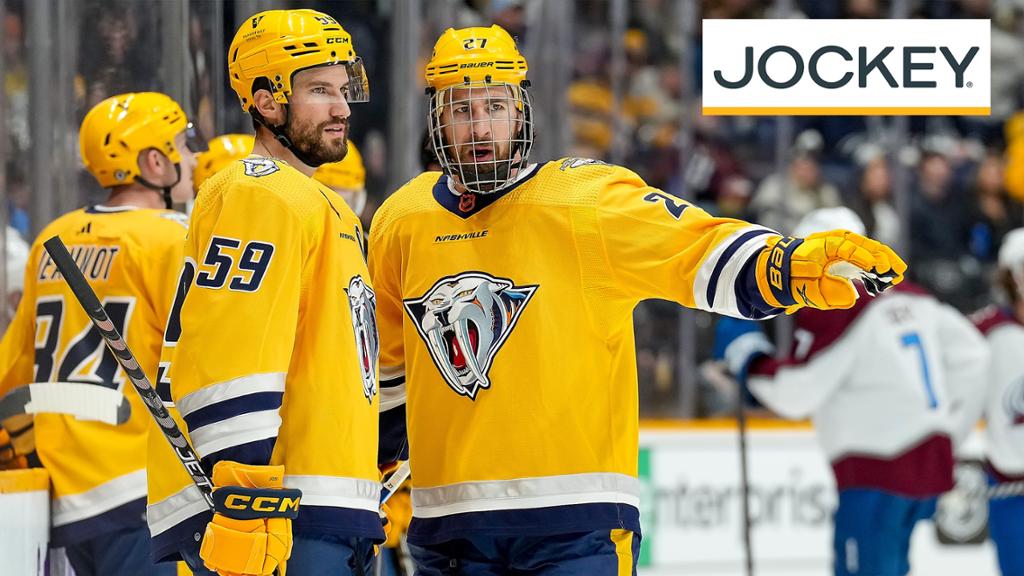 The Nashville Predators are riding a three-game point streak (2-0-1) into the holiday break, and they have plenty to celebrate. From record-breaking performances to returns from injury and more, get caught up on all the latest happenings from the past week:

Roman Josi is already a four-time NHL All-Star, the Predators career assists leader and the franchise’s first-ever Norris Trophy winner. But on Wednesday night at United Center in Chicago, the Predators captain carved out yet another place for himself in franchise history.

With an assist and a game-winning goal against the Blackhawks, Josi earned his 566th and 567th career points to pass David Legwand as the Predators all-time leading scorer.

To read more about Josi’s career and the legacy he’s built in Nashville, click here.

Return of the Mac

There was more good news coming out of Smashville this week, as defenseman Ryan McDonagh was activated from IR on Wednesday for the first time since sustaining an upper-body injury Dec. 2 vs. the New York Islanders.

McDonagh found the scoresheet in his return to game action, recording an assist Wednesday in Nashville’s 4-2 win over the Chicago Blackhawks.

“It’s great to have Mac back,” Head Coach John Hynes said. “He plays a big part in our team on and off the ice. It was an unfortunate injury for him and he came back early. But it’s nice to have him back there and have him back with our team.”

In a corresponding move to McDonagh’s activation from IR, the Predators reassigned defenseman Jordan Gross to Milwaukee (AHL) on Tuesday. Gross scored in Monday’s overtime victory over the Edmonton Oilers to give him three points (3g) in 10 games with Nashville this season. He became the fourth defenseman in team history to score at least three goals in his first 10 games with Nashville.

Additionally, the Predators recalled Thomas Novak from Milwaukee ahead of Monday’s game vs. Edmonton. The forward has three points (1g-2a) in his first three games with Nashville this season.

The Predators AHL affiliate snapped a four-game losing streak with a 5-2 win over the Chicago Wolves on Wednesday. Milwaukee’s five goals were scored by five different players, with nine total players finding the scoresheet. Playing in his first game since being reassigned by the Predators, Jordan Gross dished out a pair of assists, while Yaroslav Askarov made 28 saves in goal to earn his 12th win of the season.

For more on the latest Admirals storylines, click here.

Goal of the Week

Assist of the Week

Save of the Week

For more information on events and tickets, click here.