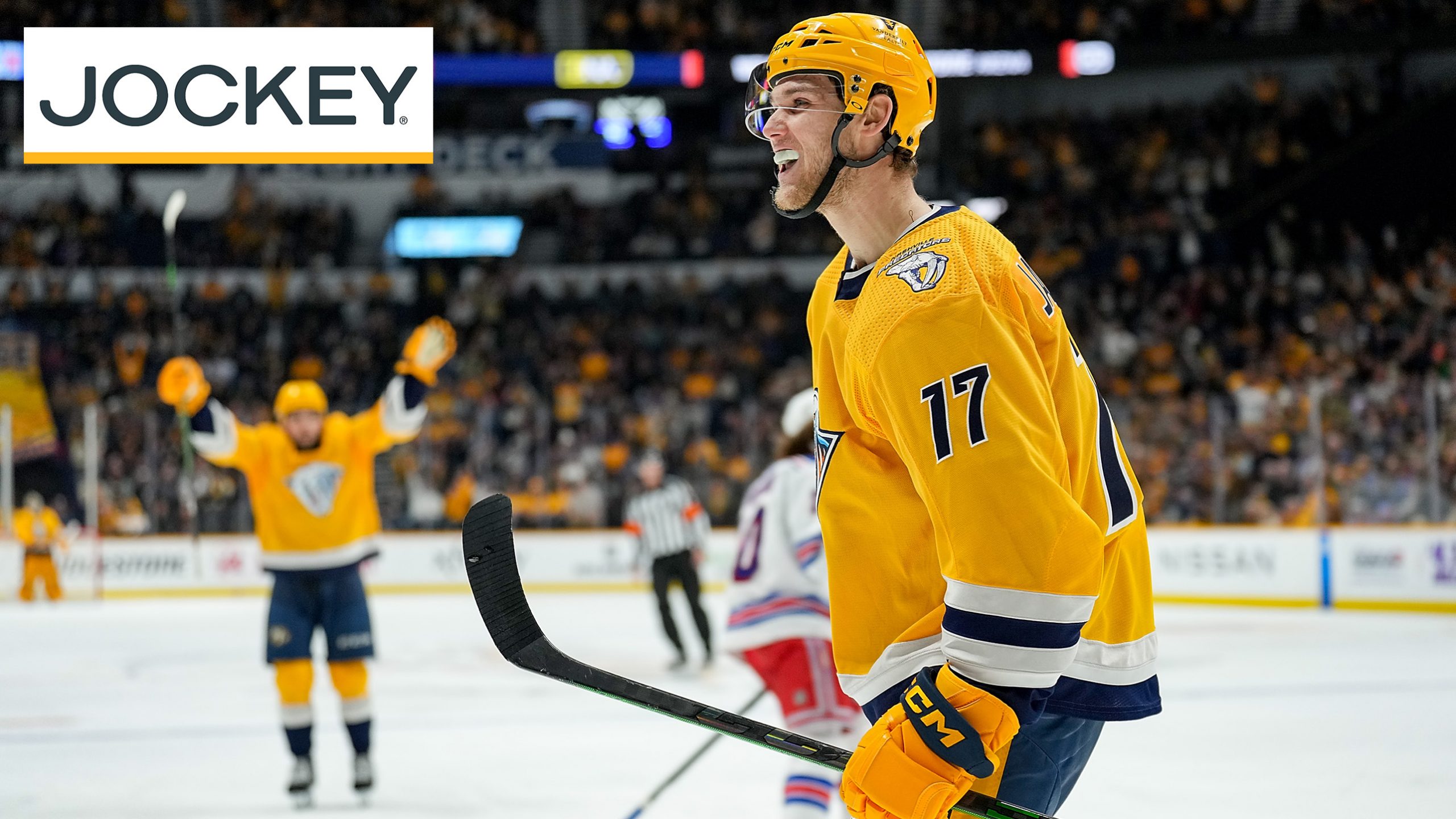 The Nashville Predators closed out their five-game road trip with a 2-3-0 record, picking up wins at Calgary and Vancouver. After back-to-back losses in Seattle and Colorado, the Preds were able to get back in the win column Saturday with a 2-1 victory over the New York Rangers at Bridgestone Arena.

As the Preds gear up for three more home games this week against the Minnesota Wild, New York Islanders and Tampa Bay Lightning, let’s take a look back at the week that was in Smashville:

On Nov. 1, President of Hockey Operations/General Manager David Poile announced that the Predators had recalled forward Mark Jankowski from the AHL’s Milwaukee Admirals. Jankowski led the Admirals in points (9) and was tied for the team lead in goals (5) through seven games to begin the 2022-23 campaign.

In his Predators debut against the Calgary Flames – his former team – Jankowski picked up right where he left off in Milwaukee. His strength and aggressive net front presence paid off late in the first period, when he buried the rebound on a Michael McCarron shot to give the Preds an early 1-0 lead.

“I’ve played a lot of different styles with different teams over the last few years,” Jankowski said. “You’ve just got to adjust and adapt quickly. I’m a big body. I like to be physical and use my body. I might not kill guys with hits or anything, but I like to use my body and protect the puck and get in on the forecheck… They do a really good job in Milwaukee of trying to play a similar system in that sense. And so I think it’s been a good transition.”

Jankowski tallied his second goal of the season in Saturday’s win over the New York Rangers, scoring on a feed from Roman Josi after the Rangers turned the puck over in their own zone at 8:37 of the second period. Jankowski has skated in every game for the Predators since being recalled during Nashville’s five-game road trip, and Saturday was his first game – and win – at home.

“I’ve been just kind of meshing with the guys,” Jankowski said Monday after practice. “I was here all training camp and Europe as well, so I kind of knew the guys and the coaching staff and everything. So it was a pretty seamless transition just being able to go in. The coaches gave me a lot of trust and faith and they just said, ‘Go play your game,’ and that’s what I’ve tried to do.”

Saturday’s win over New York was extra special for rookie call-up Juuso Parssinen, who scored his first NHL goal on his first NHL shot. Parssinen already looked like a veteran on just his second shift, holding off former No. 1 Draft pick Alexis Lafreniere and driving wide to the net to give the Preds an early 1-0 lead at 4:58 of the first period.

Parssinen is the fifth player in Predators history to score a goal for the team in his NHL debut. He’s the first to do so since Miikka Salomaki on Jan. 8, 2015. Per NHL PR, he is the sixth skater of the past decade to score in his first career game after being selected in the seventh round (No. 210 in 2019). Parssinen also led all Preds forwards in ice time Saturday, playing 17:49 in his NHL debut.

Tweet from @PredsNHL: WELCOME TO THE NHL, JUUSO pic.twitter.com/mupGSz191z

The 21-year-old posted nearly a point-per-game in his first 10 contests with the Admirals, tallying two goals and seven assists. The 6-foot-3, 212-pound center has helped Milwaukee (7-4-0-0, 14 points) jump out to first place in the AHL’s Central Division, a record bolstered by a six-game win streak from Oct. 26-Nov. 5 in which he tallied eight points (2g-6a), including a four-point effort (1g-3a) on Nov. 2 at Rockford. Parssinen has recorded at least one shot on goal in all but one game and has two multi-point outings in his last four games after tallying a goal and an assist on Wednesday vs. Chicago. He joined Milwaukee for the Calder Cup Playoffs last season and went on to post three points (1g-2a) in nine contests.

Return of the Mustard Cat

The Predators debuted their adidas Reverse Retro jerseys for 2022-23 Saturday against the Rangers. They will wear the throwback unis a total of seven times during the 2022-23 season, including four games in front of the home crowd at Bridgestone Arena: