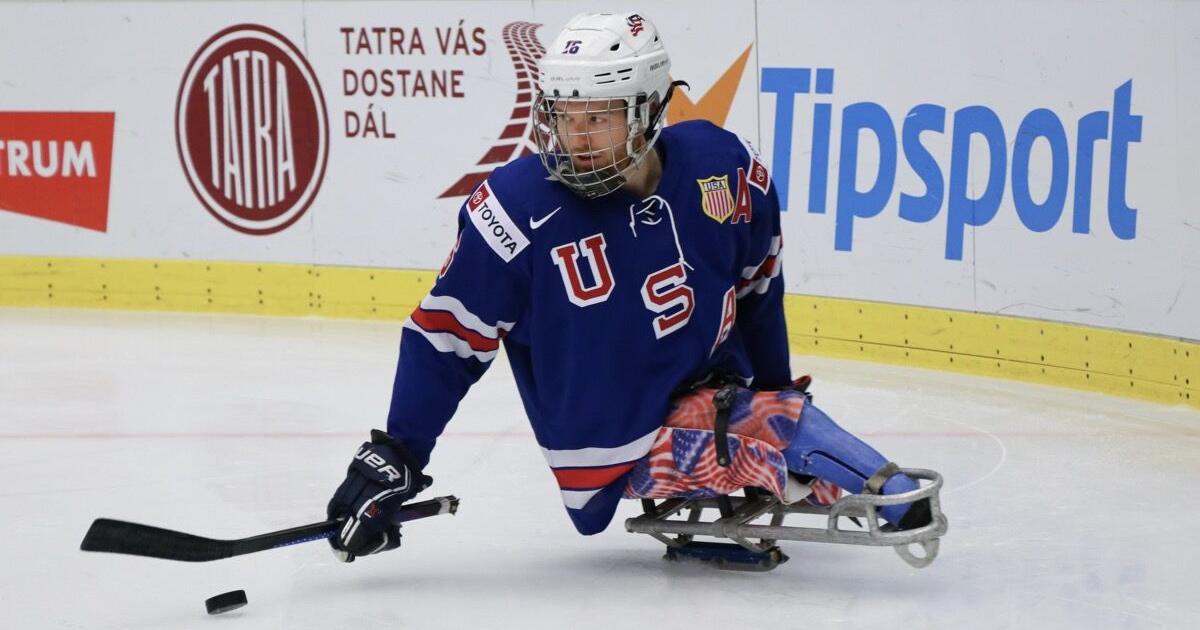 If snow isn’t your thing, maybe ice is.

When elite ski and snowboard athletes take to the first day of X Games on Friday, two hockey nonprofits will be teaming up for an elite, unique competition of their own outside Carbondale.

Colorado Extreme, the Carbondale-based hockey nonprofit that is introducing valley kids to hockey, will host Dawg Nation, an internationally-recognized foundation based in Denver that provides donations and other types of opportunities for members of the hockey community that may be battling disease or other hardships.

They will bring the Paralympic gold-winning U.S. sled hockey team and survivors of the Humboldt Broncos tragedy to the valley for an ­exhibition on the new outdoor sheet outside of Carbondale. Sled hockey is a version of the sport for adaptive athletes in which they sit on a metal sled and use two sticks to propel themselves on the ice.

Starting at 5 p.m. Friday, a sled hockey scrimmage will be played at Colorado Extreme’s outdoor rink, with adult, youth and public hockey/skating to follow. The sled game will include six U.S. sled hockey members (five from the 2022 Beijing gold medal team), five disabled veterans and Ryan Straschnitzki, a survivor of the April 2018 bus crash that killed 16 people, including many of his teammates on the junior-league team Broncos out of Humboldt, Saskatchewan.

“I think it’s just a great opportunity for our kids to be inspired and motivated to pursue their own dreams and goals,” Colorado Extreme Executive Director Sheldon Wolitski said. “Little setbacks can sometimes be looked at as huge obstacles, but they can overcome that. These guys are great examples of that.”

Wolitski said the evening will begin with a private event at his home that will feature a Q&A session with some of the athletes to learn their stories and how they came to be sled hockey players. On the U.S. team, some are born with disabilities, some are ex-military and some have had tragedies in their lives.

From there, the sled hockey athletes will play a game with one team wearing Dawg Nation jerseys and the other wearing Colorado Extreme. It will include Declan Farmer — widely recognized as one of the best sled hockey players on the planet — and Malik Jones of Aurora. Following that, other survivors from the Humboldt tragedy, members from the Extreme coaching staff and Dawg Nation Executive Director Martin Richardson will compete.

Later, current Extreme youth players will scrimmage and the outdoor rink will open to the public for skating for the first time at 8 p.m. Extreme is offering free admission and free skate rentals.

Wolitski and Richardson were connected through Paul Bissonette, a former NHL player that co-hosts the Spittin’ Chiclets podcast and appears on TNT’s NHL playoffs coverage. The two met in person for the first time at a Colorado Avalanche playoff game. When they got to talking about their respective organizations, the connection was natural, with Richardson jokingly referring to Wolitski as his “boyfriend in the mountains” now.

Dawg Nation has contributed more than $3 million directly to families in the form of charity aid and is seeking to build the first multi-sheet adaptive hockey facility in the country. Colorado Extreme covers the league fees and equipment to help children be introduced to hockey.

“It’s what [Wolitski’s] doing up there in the valley, creating all these opportunities for these kids that normally wouldn’t play hockey. It’s really cool,” Richardson said. “I liked hockey, it was my favorite sport, it’s what I wanted to do, but it was unaffordable for my family. If I would’ve known Sheldon when I was a kid, I would have freaking loved it.

“The fact that he’s introducing this predominantly white sport to the Latino community and others, I think is amazing.”

The Humboldt and U.S. team members are gathering in Denver on Thursday for a Colorado Avalanche game before trekking over the mountains on Friday. They’ll also be partnering with Challenge Aspen and Christy Sports to get the athletes out on the slopes.

Admission to Friday’s event is free. It will also include food and drink, a 50-50 raffle, a silent auction and more. Colorado Extreme’s facility is located on County Road 100, east of Carbondale. More information is available at coloradoextreme.org.