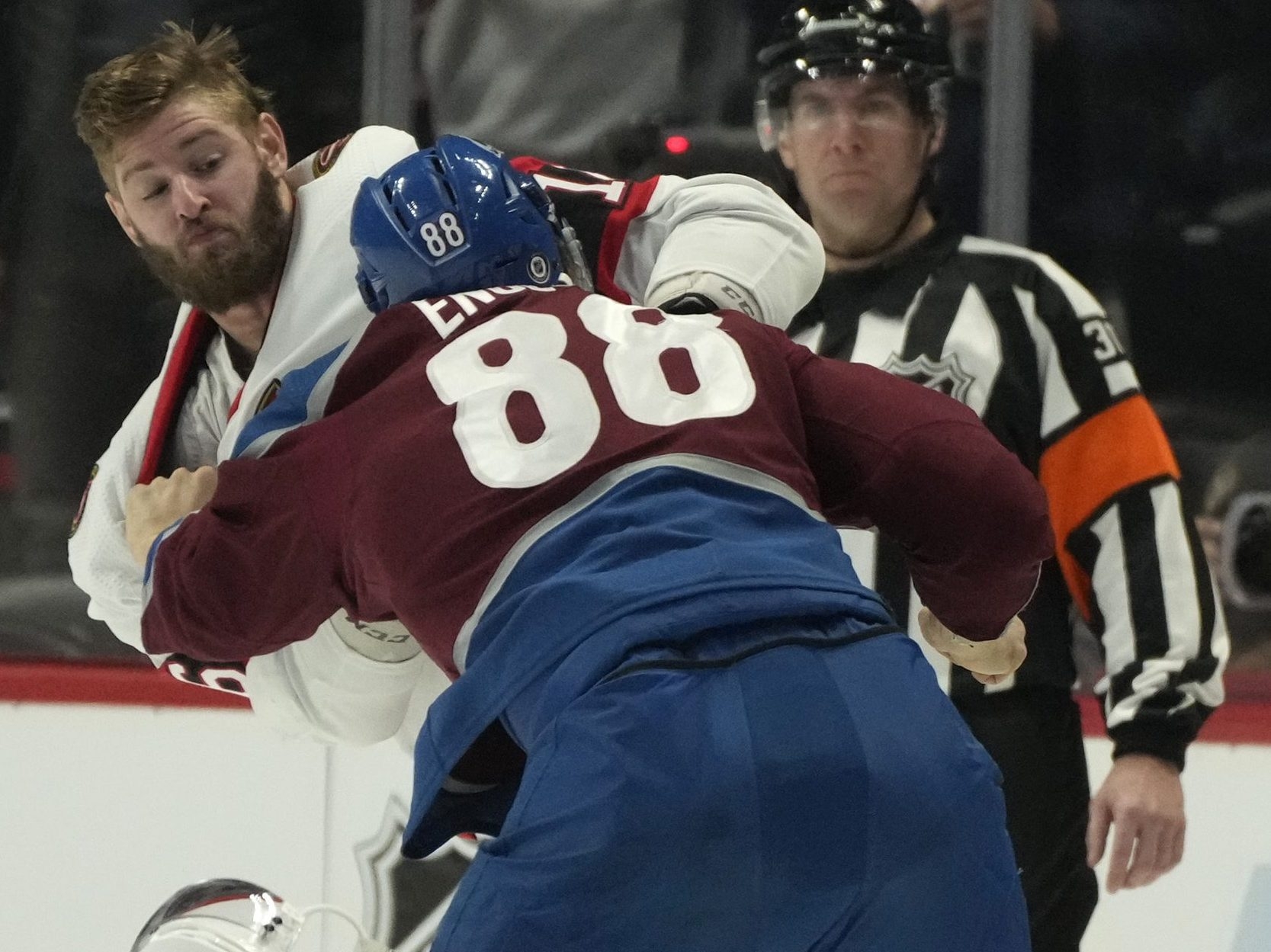 Starting the second half with Game 42 of the season, the Senators were put in their place by dropping a embarrassing 7-0 decision to the undermanned defending Stanley Cup champion Colorado Avalanche at the Ball Arena.

“It’s embarrassing. I’m kind of at a loss for words right now,” said captain Brady Tkachuk. “I wouldn’t even say we were looking for answers. We were awful all night from start-to-finish. I don’t think we ever had momentum on our side, they were just coming at us all night.

“That can never happen.”

To make matters worse, the Senators finished the game with only five defencemen after Artem Zub left with an undisclosed lower-body injury after 40 minutes and won’t play Monday in St. Louis. The injury may have been the result of a blocked shot in the first.

To beat the best, you need your top players firing on all cylinders and the Senators didn’t have that in this one. The Senators didn’t do nearly a good enough job getting to the front of the net and creating chances Avs’ backup goalie Pavel Francouz.

It’s the second time this week the Senators have been shutout after being blanked by the Nashville Predators for the first time this year in a 3-0 loss Monday.

The club wasn’t good in any aspect of the game and they hung goaltender Anton Forsberg out to dry because he couldn’t be fingered for the blame in this one. The Senators weren’t good enough to win and there haven’t been a lot of nights you can say that about them.

Thomas Chabot wasn’t pleased with his own play and owned it.

“It was probably one of the worst games I’ve played personally,” said Chabot, who was minus-3. “It happened, it’s a game but it’s unacceptable for me. You’ve got to move on, but it’s going to be a long night thinking about it. We’ve got to move on for the next game.”

The Avalanche are without several key players, including captain Gabriel Landeskog, and had lost seven of eight coming into this one, but they still have plenty of firepower and showed it. They were led by Mikko Rantanen.

“We had zero legs from the get-go but you’ve got to push through it,” said coach D.J. Smith. “That’s no excuse. Their first two or three chances go in the net and then everything in the third goes in. You have to have a short memory, but that can’t happen.”

The last time the Senators beat the Avalanche on the road was Nov. 10, 2017 but that victory overseas in Stockholm, Sweden. Ottawa’s last victory in Colorado was a 4-2 decision on March 11, 2017 and the Senators came into this game with a three-game losing streak in this building.

After making 26 stops in the victory over the Coyotes, Forsberg made his second straight start in this one. The Senators need to have both of their goaltenders going to find a way back into this race and both have struggled at times with consistency.

The Avs pulled out to a 4-0 lead on Rantanen’s second of the game at 15:57 of the second. That goal all but sealed the Senators’ fate heading to the third. The club hadn’t shown any signs it would be able to get back into this one with a strong third.

With 10:55 left in the second, the Avs pulled out to a 3-0 lead on the strength of Artturi Lehkonne’s 10th of the campaign. He was able to take a pass, get in behind the Ottawa’s Jake Sanderson and after battling him off push it by Forsberg.

The period started with a good scrap between Austin Watson and former Senators’ prospect Andreas Englund. They had a good bout with plenty of punches thrown and Watson was likely trying to breathe some life into his struggling club.

Trailing 2-0 after the first, the Senators were outshot 12-10 by the Avs, but weren’t creating many chances. The club had a late power play, however, Ottawa struggled early to get some sustained pressure.

Before the game, Smith talked about the Senators having to take care of business early, but that didn’t happen and the club paid the price.

Only 7:50 into the first, the Senators were in a mess of trouble. A turnover by Thomas Chabot resulted in Alex Newhook’s eighth of the season. He took a pass and fired it by Forsberg on the glove side and that was the second goal he allowed on seven shots.