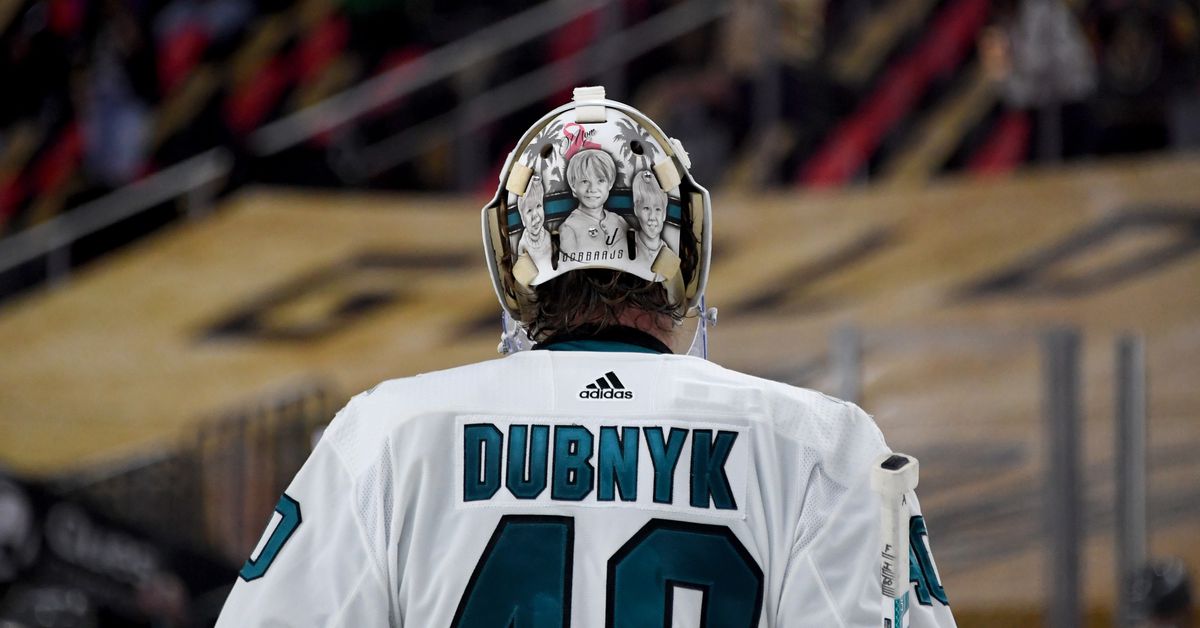 The road to the San Jose Sharks rebuilding the goaltending pipeline was full of unexpected choices, and I can’t blame you if you also forgot that Devan Dubnyk played 17 games for the team in 2021. The 36-year-old announced his retirement from playing professional hockey on Oct. 29.

A first-round draft selection (14th overall) by the Edmonton Oilers in 2004, Dubnyk’s playing career was full of ups and downs. Once incorporated into the Oilers’ line-up in 2009, he was quickly tasked with starting duties and provided solid play in net. A single season of struggle however, saw him briefly shipped to the Nashville Predators in 2014.

He signed with the Arizona Coyotes as a free agent that off-season, posting a 9-5-2 record and .918 save percentage (SV%) in 19 games on a team that finished seventh in the Pacific. The bounceback allowed for the Coyotes to scoop a third-round draft pick from the Minnesota Wild in exchange for the netminder.

His career saw a resurgence in St. Paul, where at times, he was part of a three-goaltender merry-go-round on the inconsistent Wild. He posted career numbers in the 39 games he played with the Wild to close out the rest of that season, including a 27-9-2 record, .936 SV% and 1.78 goals-against average. Unfortunately, the good times wouldn’t last and Dubnyk’s final year with the club showcased some of his worst hockey.

In Oct. 2020, the Sharks acquired the goaltender and a second-round draft pick, sending a seventh-round draft pick back to Minnesota, who retained half of Dubnyk’s salary. The then 11-year NHL veteran was a stopgap solution for the team’s goaltending troubles and was ultimately dealt to the Colorado Avalanche at the Trade Deadline, as they shored up for a playoff run.

When his contract was up at the end of the season, he did not sign with another NHL team. Last season, Dubnyk was briefly signed to a professional tryout agreement with the AHL’s Charlotte Checkers, appearing in four games for the club.

Dubnyk is now an analyst for NHL Network.

Blood in the Water

Click on a team name to find a recap on their SB Nation site!