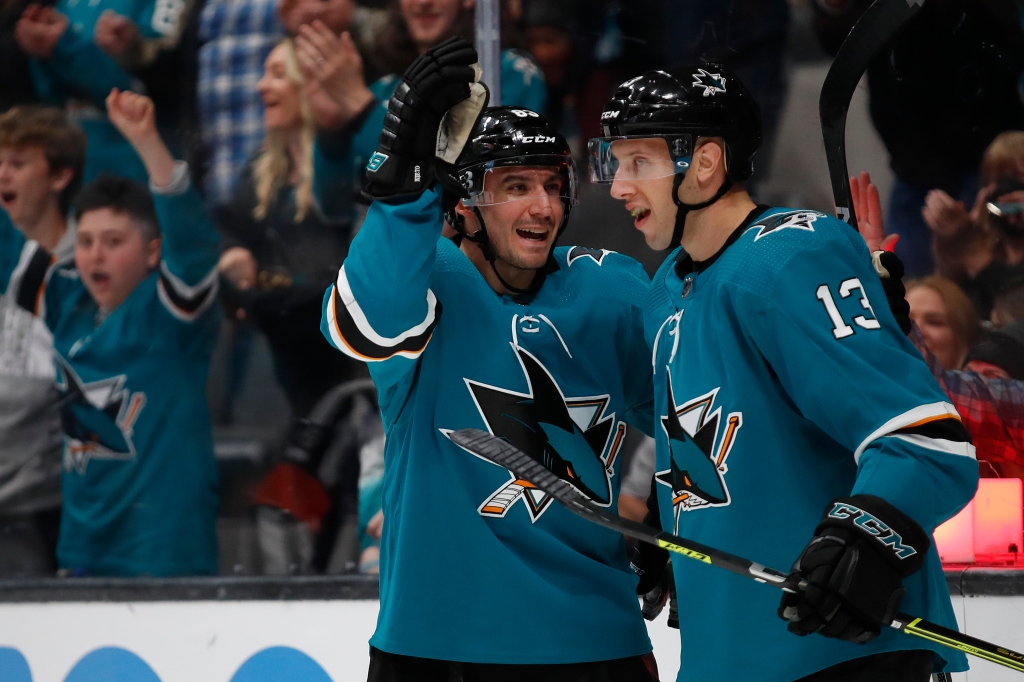 SAN JOSE – San Jose Sharks center Tomas Hertl was of course aware of a recent report that suggested general manager Mike Grier would listen to trade offers for just about anyone on the roster – except for Hertl himself, who is just beginning an eight-year contract that for now has a full no-movement clause.

“I don’t want to think about it,” Hertl said Monday. “We’re all like family here. You never want to see anyone get traded, but at the same time, we know it’s all business.”

Grier likely isn’t shopping anyone of note less than a month into the season, and the Sharks still have a bit of time to turn things around. But if they don’t, they’ll likely become sellers at the NHL trade deadline for the fourth consecutive year.

San Jose has a 3-8-0 record and continues its homestand this week with two games against Anaheim and one against Florida. The last time the Sharks had this few points (six) after 11 games came at the start of the 1995-96 season when they began 0-7-4.

San Jose finished that year 20-55-7, the second-worst record in the NHL.

“I think your play dictates what a general manager does,” Sharks captain Logan Couture said last week. “If we win hockey games, you can force management’s hand to add pieces or whatever. That’s all we can control, go out and work hard and try and win hockey games.”

Here are four players most likely to get traded prior to the March 3, 2023 trade deadline.

JAMES REIMER, goalie – There will likely be interest in Reimer if the Sharks are out of the playoff race. Not as a starter, necessarily, but as a steady backup for a playoff-bound team that’s looking for a bit of insurance should anything happen to their No. 1.

Reimer is a pending unrestricted free agent and will turn 35 on March 15, but he remains consistent in his craft. Even though he wasn’t great in the Sharks’ 4-3 loss to the Tampa Bay Lightning on Saturday, he still entered Tuesday with a .914 save percentage after seven games, and, per Moneypuck.com, was 10th in the NHL in goals saved above expected (4.1).

Reimer can fit into any locker room and is in the final year of a two-year contract that carries a reasonable $2.25 million cap hit. The Arizona Coyotes got a 2023 conditional third-round pick last year for Scott Wedgewood, and that kind of return would not be unreasonable for Reimer.

MATT NIETO, winger – Interestingly enough, after all of the acquisitions the Sharks made in the offseason to bolster their forward depth, Nieto is back where he was for parts of last season – on the Sharks’ second line.

Nieto, who turns 30 later this week, presently finds himself on a line with Couture and Alexander Barabanov and had four points in 11 games before Tuesday’s clash with Anaheim. He still plays with pace, is averaging about 14 minutes a game, and is one of the Sharks’ top penalty killers.

Nieto would not be asked to play a top-six role on most playoff teams. But like Andrew Cogliano with the Colorado Avalanche last season, Nieto would be a solid depth addition for any winning franchise. Nieto fit in nicely with the Avalanche for three-plus seasons from 2016 to 2020 and is also making $850,000 this season, perfect for any cap-strapped team.

The Sharks traded Cogliano to the Avalanche for a 2024 fifth-round pick. Perhaps a slightly better return would be in order for Nieto if it got that far.

NICK BONINO, winger/center – Bonino, 34, is a two-time Stanley Cup champion, is in the second year of a two-year, $4.1 million deal, and is a pending UFA.

Although he remained without a point through his first eight games this year, Bonino has been remarkably consistent throughout his career, scoring at least 10 goals in eight of the last nine seasons.

Bonino does have some protection – a five-team no-trade list that might complicate matters for Grier. Still, like Reimer and Nieto, it wouldn’t make much sense for the Sharks to hang onto Bonino for the stretch run if they’re out of the playoff picture by February, and there is interest in the versatile and experienced forward.

NOAH GREGOR, winger – A year after he set a career-high with 23 points, which included nine points in 15 games in April, Gregor has appeared in just four of the Sharks’ first 11 games and might be the team’s 14th forward at the moment.

Gregor has struggled with his consistency in Sharks coach David Quinn’s eyes and really hasn’t used his greatest asset, his speed, enough when he has gotten a chance to play.

There is no need for Grier to make a move regarding Gregor right now. Lineups change all of the time and Gregor still has a lot of upside to his game.

But there might come a point where Gregor, a pending restricted free agent, loses his place in line, especially if players like William Eklund or Thomas Bordeleau get recalled. Plus, if the Sharks decide at some point between now and the deadline that Gregor doesn’t fit into their plans past this season, perhaps they’ll try to get what they can for him before March 3.