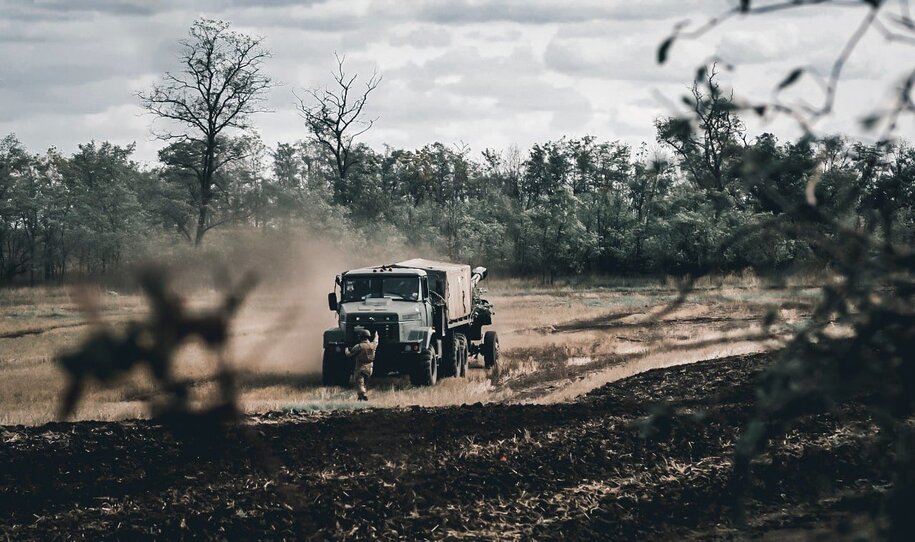 There are tactical victories, in which the combatants improve their positions on a map, and there are strategic victories, that allow combatants to advance their overall war aims. Lyman was a strategic Ukrainian victory.

For Ukraine, Lyman is on a major rail line extending up to Kharkiv and, ultimately, to Kyiv, and can feed Ukrainian forces east of the Oskil and north of the Siversky Donets rivers. Repairing all rail bridges reconnecting this line will be a Ukrainian priority. Taking down those bridges should be a Russian priority, but they’ll fire at civilian apartment buildings and bus stops instead. That rail line also extends down to Bakhmut through Sivers’k, bolstering those defenses. Bakhmut isn’t currently cut off, but additional rail connections makes it harder for Russia to isolate the city of its obsessions (the only place left where it continues to press on the offensive).

For Russia, Lyman was a stronghold protecting its positions in the tri-oblast area (Kharkiv, Donetsk, and Luhansk). Given that Russia pretends the latter two are now Mother Russia, their pretend boundary is now exposed to Ukrainian attack, and their scramble to set up new defensive lines at Kreminna proves they wren’t prepared.

Kreminna is the prize of the moment. Look at the map—with Kreminna, Ukraine has a straight shot up not to Svatove, which would unlock that entire mass of red at the top of this map, and also presses Rubizhne, Severodonetsk, and Lysychansk to the southeast, which Russia captured at massive expense just a few months ago. It’s like a fulcrum, forcing Russia to defend to critically importance places at once, and its importance isn’t lost on Russian military pundits.

According to the information received, the Armed Forces of Ukraine took full control of the village of Torskoye, northeast of Liman. There is nothing critical in this, but now the question arises of holding Kremennaya – one of the key points providing the northern flank of the defense of Lisichansk. Under no circumstances should you give up a flint.

The enemy is on the way to Kremennaya. The sounds of a distant battle between the federal troops and the Ukrainians are heard in the city. The western outskirts of the city under artillery fire. The main blow is expected from the northwest. The total number of enemy forces is estimated by fighters and commanders at approximately 12,000 people […]

At the moment, Russian troops completely control the road from Rubizhne to Kremennaya and the village of Zhitlovka. Chervonopopovka and Peschannoye are a gray area.

Most likely, the plans of the Hohols include the speedy occupation of Peschannoye, in which the dominant height 160–7 is located. In the event that this height passes under enemy control, the meaning of defense from the east of Kremennaya will be lost.

Kreminna lies in a valley, surrounded by forested hills up to 150 meters in elevation on its southern, eastern, and western sides. Not the tallest hills, but enough to allow Ukrainian forces to fire at will into Russian defensive positions.

As Russian forces reel, everyone has forgotten the celebration of Russia’s “annexation” of captured Ukrainian territory. Here are some of the ways Russia’s friends are coping:

After Lyman’s fall, Big Serge took his Twitter account private. That is its own special kind of cope.

These propagandists have been comparing the current Ukrainian offensive to the Battle of the Bulge since the start of the Kharkiv offensive. The analogy isn’t quite working out for them.

There is this weird belief that Ukraine lost thousands of men and hundreds of pieces of equipment in the Lyman assault, yet zero photographic evidence of such loses. If you look on Telegram, it’s the opposite. I literally had nightmares last night from some of the video I saw of the “Road of life” out of Lyman, shredded by Ukrainian artillery as Russian forces desperately tried to get out. Don’t go looking for it, I promise. I won’t even describe some of the stuff I saw, and please, don’t add or describe in comments.

Depressed by Russia’s military failures, Kremlin-controlled state TV beamed in Scott Ritter to tell them how great the Russian military is doing and how much Americans respect Russia. pic.twitter.com/QS3ay19Rru

Honestly, they should be angry. This is the most honest cope.

So, comrades Shoigu and Gerasimov, they want to ask here, but it seems like it’s not right and they’ve been pissing in their pants so far. Does the president know what’s going on? Who reports to him? Where is the supply? Where is Armata? Where is everyone? How did it happen? Fucked up? Sold? Where do you share? Were there at all? According to Izyum, Balakleya, Lyman – why didn’t they do a damn thing? Why was the direction not strengthened? Why didn’t you prepare for 8 months? On mobilization – are you doing this on purpose or on purpose? Why can’t it be done properly?

Armata is Russia’s newest modern battle tank, which never made an appearance on the battlefield. Others wonder whatever happened to Russia’s vaunted Air Force, also AWOL for most of the war. As to “where is the supply,” we’ve been asking that question from the first days of the war.

“We have won because of all those things that haven’t happened and there’s no evidence that they will!” There is also a great deal of hope on Europe “freezing” this winter, cut off from Russian gas.

Russian channels, referencing “Ukrainian sources”, are saying that Putin is just about to start bringing in brand new vehicles and “high-tech BTGs” after all the soviet equipment has been used up. 😂 This is the crap they feed their readers.https://t.co/GHkwrlhdoZ pic.twitter.com/Q3aOHSAe9x

So to be clear, Russia gave its best-trained troops shitty Soviet equipment, to “dispose” of it, and will now give their best modern gear to untrained mobilized conscripts?

6. Ukraine is getting too much help!

Of course, Russia has been spending $65 billion per year for decades building its war machine.

With liberation of Lyman, military reporter Rybar suggests an informational coup is happening in the Russian media space, which now comes from above rather than below, with Prigozhyn and Kadyrov expressing discontent about leadership. Dangerous words.https://t.co/gTKu0VqiGl pic.twitter.com/YNytQuWWaG

Another version of this cope pretends that Russia is somehow holding back:

If only Russia really fought the war, with rockets and missiles and warplanes and brutality, then Russia would be winning. Instead, Russia was trying to, checks notes, “avoid killing Ukrainian soldiers.”

8. It was NATO, not Ukraine

Russians invested so much in the narrative of Ukrainians as their “little brothers” incapable of managing anything on their own, that the idea of the world’s “Second Army” losing to them is beyond comprehension. That’s why Russian state TV keeps showing Malcolm Nance.

9. A dose of reality

Stunned reactions keep coming in with respect to Ukraine reclaiming Lyman. Andrey Gurulyov, former deputy commander of Russia’s southern military district, said he couldn’t explain the defeat. He blamed in on a system of lies, “top to bottom” and was suddenly disconnected. pic.twitter.com/O4aoRqVx96

Meanwhile, this guy will soon find himself falling out of a skyscraper window: