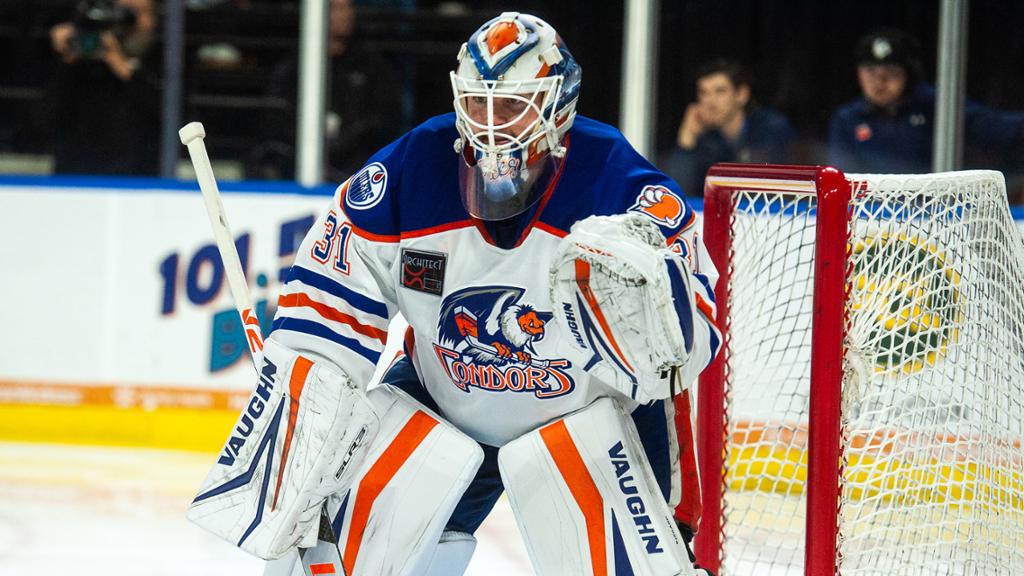 ANAHEIM, CA – The Oilers announced Tuesday they have recalled goaltender Calvin Pickard from the AHL’s Bakersfield Condors on an emergency basis.

Pickard has been limited to 10 games with the Condors this season due to injury, but has recorded a 5-3-1 record with a 2.89 goals-against average and .909 save percentage.

The Avalanche selected him in the second round, 49th overall at the 2010 NHL Draft.