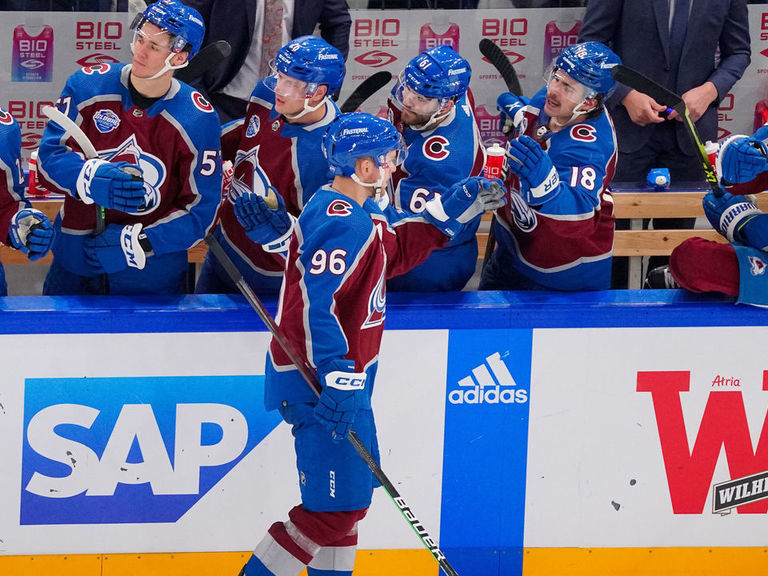 Cale Makar had a goal and an assist, Logan O’Connor and J.T. Compher also scored and Nathan MacKinnon contributed four assists for the Avalanche, who stopped a two-game skid.

Colorado blew a three-goal lead in its previous game, a 5-4 loss to the New York Islanders on Saturday, and allowed Columbus to tie it after taking a 3-0 advantage this time. But Rantanen put the Avs ahead for good in the third period with his second goal.

“Two points are obviously the biggest thing,” Rantanen said, but added of the hat trick, “I was obviously happy with that too.”

Patrik Laine had a goal and an assist for the Blue Jackets in front of a sellout crowd of 12,882 in his hometown, Jakub Voracek scored Columbus’ first power-play goal of the season and Sean Kuraly also scored for the Blue Jackets, who dropped their fourth straight.

The teams will play again Saturday at Tampere’s Nokia Arena as part of the league’s Global Series. Nashville swept two games from San Jose last month in Prague to kick off the regular season, the first NHL games in Europe since before the COVID-19 pandemic.

Rantanen made it 4-3 with a one-timer from the right circle on the power play at 8:54 of the final period. He completed his hat trick with an empty-netter, his seventh goal of the season, to the delight of the fans chanting his name.

“The crowd chanting that was pretty cool. I had chills on the bench,” he said.

MacKinnon assisted on the empty-netter.

“I knew he was probably gonna pull up and maybe look for me so I was skating up there,” Rantanen said. “It was a good pass from him for an assist, it tells how good of a player he is and a nice guy, I’d say.”

Alex Newhook fed O’Connor to score the opening goal with a snap shot past goaltender Elvis Merzlikins 1:36 into the game. Compher doubled the lead on the power play with by deflecting Devon Toews’ shot from the blue line into the net with 7:36 to go as Avalanche dominated the opening period, outshooting Columbus 16-7.

Rantanen made it 3-0 just 35 seconds into the middle period.

Voracek reduced the Avalanche’s lead to 3-1 a minute after Rantanen’s goal on power play.

Laine got the Blue Jackets within one from the left circle at 7:16 of the period for his second of the season.

It was his fifth NHL goal in Finland after four in two regular-season games for the Winnipeg Jets against the Florida Panthers in their 2018 series in Helsinki, most of all NHL players in games outside North America.

Kuraly tied it 2:32 into the final period. The Blue Jackets outshot the Avalanche 39-36, but Alexandar Georgiev stopped 36 of those shots.

“It was an exiting game for the fans but the coaches would disagree a little bit, maybe too many penalties and scoring chances against, but Georgiev was really good in the net again and made some key saves at the key times again,” Rantanen said.

This is the ninth season the NHL has played in Europe in hopes of connecting with hockey-mad fans. Colorado played Ottawa in Stockholm in 2017, while the Blue Jackets played overseas for the first time since 2010, when they faced San Jose in Stockholm.

It was the 31st regular-season game played in Europe, the eighth in Finland and the first in Tampere, and the 37th NHL game contested outside North America. … Avalanche leading scorer Valeri Nichushkin (lower body) did not play for the third straight game. … Captain Boone Jenner returned from an illness to play his 600th game for Columbus, moving past Nick Foligno for third-most in franchise history.

The teams complete the series on Saturday night.