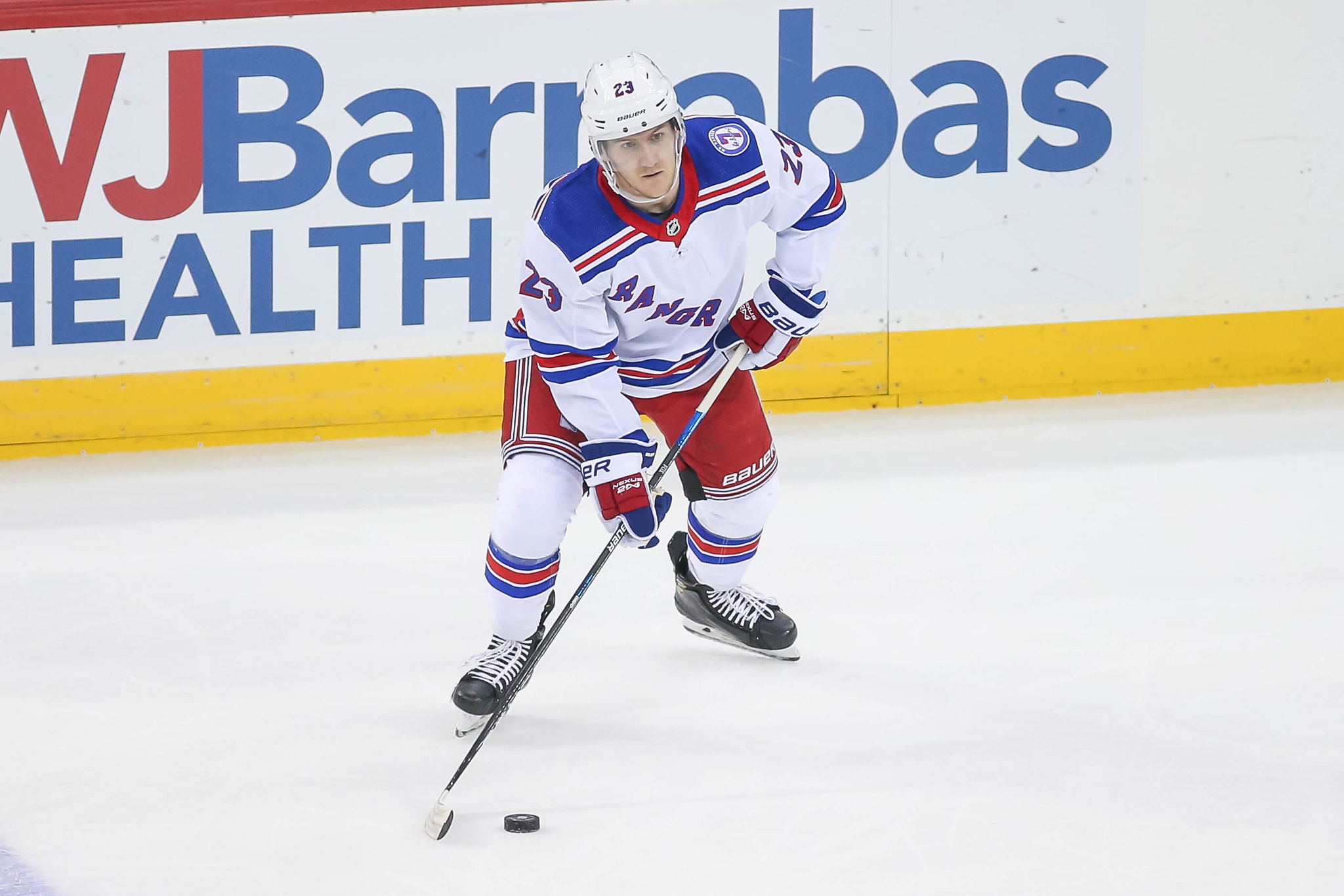 The New York Rangers are riding a four-game win streak after beating the New Jersey Devils, 4-3, in overtime thanks to a Filip Chytil rocket. It’s been the best stretch of the season, accumulating points in six of their last seven contests, beating the St. Louis Blues, Vegas Golden Knights, and Colorado Avalanche in addition to the Devils. Despite all the winning, a puzzling yet familiar trend is starting to emerge with the Blueshirts. The more they win, the worse their analytics get.

Yes, it is the return of the analytical anomaly that is the Rangers. The same analytical anomaly that made it to the Eastern Conference Final a season prior. By all metrics, the Rangers have been much improved analytically this season. They currently rank 10th in Corsi For (CF%) at 5-on-5 at 51.87 percent, per Natural Stat Trick. They also rank 15th in expected goals for percentage (xGF%) with 51.36 percent, an improvement from last season.

Gerard Gallant’s group finished the 2021-22 campaign ranked 25th in CF% at 5-on-5 with a 47.03 total and 24th in xGF% at 47.04. The improvements from last season to this one have been evident, especially early on, but the results have not followed. The Rangers were statistically better, but the wins eluded them.

In the three games leading up to this current win streak, the Rangers went 1-1-1. Their lone regulation loss to the Chicago Blackhawks saw the Rangers finish the game with a CF% of 62.35 percent. When the buzzer sounded, the Blackhawks were victorious by a score of 5-2, leaving the Blueshirts and their fans in awe.

The game prior, a 3-2 defeat in overtime against the Ottawa Senators, saw the Rangers control the game again, with a CF% of 54.02 percent. Somehow, someway, those were the games the Rangers were losing. And magically, when their old ways reappeared, so did the victories.

In what should be the most concerning stretch of the season, the Rangers have rattled off eight points and have beaten the best team in the Western Conference to go along with a win over the Metropolitan Division-leading Devils. It is almost surreal to type that out, but this is precisely what happened last year, as the team kept winning despite all the numbers saying they shouldn’t be.

Success amidst this four-game blackhole of analytic misfortune has given Gallant comfort in the lineup he is rolling out nightly, despite the apparent tweaks that should be made. Sammy Blais has provided next to nothing this season, yet is in the lineup over Vitali Kravtsov, a former first-round pick that still has not been given a consistent look.

Barclay Goodrow, a solid bottom-line forward, is playing on the first line right-wing, while Kravtsov, who is scratched, seems like the more suitable man for that role. These decisions likely correlate directly with the Rangers’ poor analytics, but it is also hard to make changes when Gallant seems to be relying on the old “If it ain’t broke, don’t fix it” motto.

Can the Rangers Regain Form While Morale Is Up?

The mental hurdle of finding ways to win has finally been leapt over, as the Rangers have their first sustained win streak of the season. Now, the focus must turn to getting their level of play back to how it was early on this season and finding ways to win those games they once lost.

It is no secret the Rangers have blown numerous games that they should have won and were seemingly on the wrong end of every close contest despite playing good hockey. Now that the results have started to turn their way, it is time for the style of play to return to what it was through the first 20 games, with the hopes the results continue to be positive.

Chasing the puck at 5-on-5 is not a recipe for success, and the Rangers have lived dangerously during their win streak. Opportunistic power-play and short-handed strikes have helped mitigate the issues. Still, a magical run of success like the one last season is unlikely if the analytics continue trending downward.

The Rangers started the season at 50 percent or better in CF% in 10 of their first 11 contests. That was the style of hockey that will serve the team well in the long run. And, yes, the results didn’t directly correlate with the metrics then, just as they aren’t during this stretch. But if the tide has turned and the results will start to favor the Rangers, this team could take a massive step if their 5-on-5 play returns to its early form.

It has been another season in which the Rangers are an analytical anomaly. The beginning of the 2022-23 campaign saw the team trending upward on all metrics yet losing at a rate that didn’t match. A recent downward swing in analytics has coincided with a 5-1-1 stretch, proving that the Rangers remain the NHL’s biggest analytical anomaly.

Brendan Azoff is a THW contributor and podcast host dedicated to covering the New York Rangers. His passion for hockey started when he first laced up the skates at three, growing into his love for writing and talking about the greatest sport in the world. His podcast, The Backcheck, breaks down the Rangers, Islanders, and NHL news and can be found on The Hockey Writers Podcast Network and Belly Up Sports. Brendan has been writing about the Rangers and the NHL for over two years, with his content also found on Puck Prose, Blue Line Station, and E2G Sports. If you want to connect with Brendan and stay up-to-date on his posts, follow him on Twitter. He is always available for content ideas and interviews, don’t be afraid to ask!