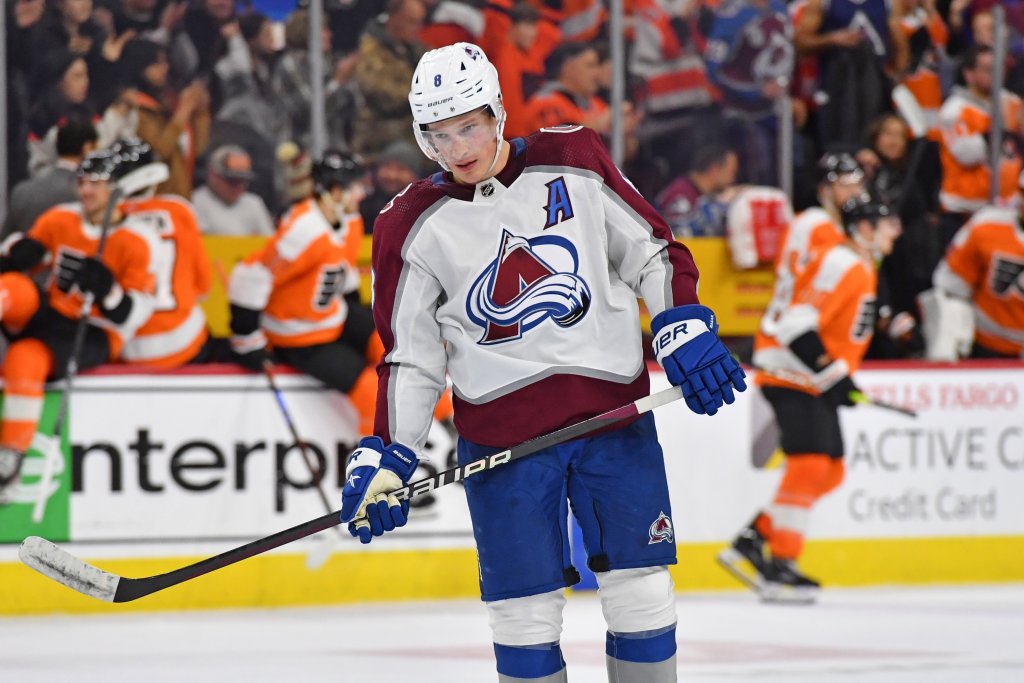 There’s cause for concern right now in Colorado as the injury bug has absolutely decimated the roster of the defending Stanley Cup champions. The Avalanche host one of the league’s biggest underachievers so far this year, the New York Rangers, on Friday, December 9th.

With half their regular forwards out of action due to a variety of injuries, the Avalanche are +130 home underdogs in the NHL odds. Puck drop is scheduled for 9:00 pm ET from Ball Arena.

We preview this contest and give you the Rangers vs Avalanche odds below. Plus, we offer you some analysis before giving you our pick and prediction for this matchup.

These teams are heading in opposite directions with the Rangers winners of two straight, while the Avs have lost three in a row heading into this one. You wouldn’t normally expect the defending champs to be underdogs in the NHL odds at home, but their current roster looks nothing like the one that won the Stanley Cup last season.

Without a doubt, this has been a disappointing start to the season for a Rangers team that was two wins away from making the Stanley Cup Finals last year and playing their Friday night opponent, the Avalanche.

Currently, the Rangers aren’t even in a playoff position in the Eastern Conference. That’s not what you’d expect from one of the legitimate early-season contenders in the Stanley Cup odds.

It does appear like they may be turning things around, coming off two victories, including a 5-1 smackdown on Tuesday over the favored Golden Knights.

Blueshirts blow it open with 4 goals in 3rd period to beat Vegas 5-1.

Easily one of the #NYR best wins of the season. pic.twitter.com/xS8MJTzdvi

In that game, the Rangers took advantage of a Golden Knights squad that was missing Jack Eichel and Alex Pietrangelo. Those are arguably Vegas’ best forward and defensemen.

If they have the killer instinct, New York should be smelling blood in the water once again, as they get set to tango with an Avalanche team that seems to be losing a body every game.

There’s a crisis in Colorado right now when it comes to the health situation. It’s not only the number of players that are hurt, but the list includes some of the team’s top players. At this point, all the Avalanche can probably do is smile and shake their heads when contemplating the situation they’re in.

MacKinnon, Landeskog, Byram and Nichushkin are amongst the players expected to be out in the Rangers vs Avalanche odds. At some point, depth becomes an issue as the number of people in the infirmary begins to pile up.

The offense is obviously struggling with a number of their top six forwards out. They were shutout Tuesday by Boston, 4-0, in a game where the Avalanche were outshot 37-23 and failed to generate many chances.

Losers of three straight, Jared Bednar’s team is searching for answers, but might not get any until some of those key players return. In the meantime, perhaps they can take solace in the fact they’ve owned the Rangers of late and will be able to squeak out another win at home in this one.

It’s been almost three years since the Rangers notched a victory over Colorado. Dating back to the start of the 2017-18 season, the Avalanche have won seven of the last nine matchups with the Blueshirts.

For fans that love the new generation defensemen who are ruling the game, it should be incredibly exciting to watch two of the favorites in the Norris Trophy odds, Adam Fox and Cale Makar trade end-to-end rushes. These are two of the best young blueliners in the game, each having already won one Norris trophy.

Unfortunately for Makar, his breakout passes won’t be finding many game-breaking players because most of those teammates are hurt. With this many players out, it’s hard to imagine the Avs can pull a win out as the Rangers look to go on a streak.

Choose the healthy side when making a pick in the Rangers vs Avalanche odds and roll with New York on the moneyline in this one.

George has had a lifelong love affair with sports and studying sports statistics since he was a kid. He graduated from Ryerson University with a Bachelor’s Degree in Journalism and has worked in the sports & media industry ever since in various roles from writer to producer.

George has had a lifelong love affair with sports and studying sports statistics since he was a kid. He graduated from Ryerson University with a Bachelor’s Degree in Journalism and has worked in the sports & media industry ever since in various roles from writer to producer.