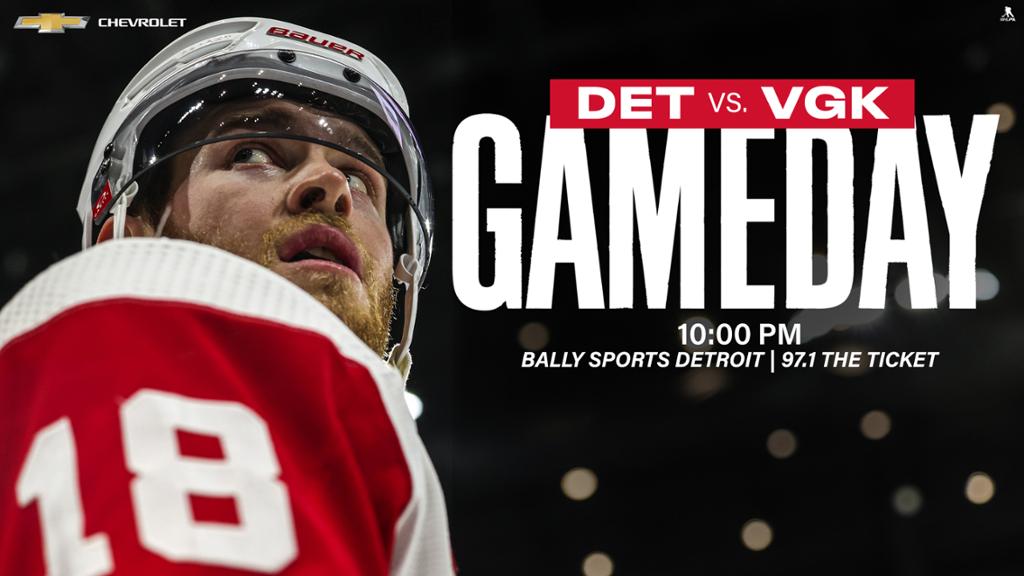 LAS VEGAS — The Detroit Red Wings will conclude a three-game road trip out west on Thursday night at T-Mobile Arena against the Vegas Golden Knights.

On Tuesday against the Arizona Coyotes, the Red Wings led by two goals in the third period, but as head coach Derek Lalonde acknowledged, an inability to limit mistakes eventually put Detroit on the wrong side of a 4-3 shootout loss.

“The will and effort are there,” Lalonde said. “But we still gotta manage. I’m not saying we have to be perfect, but we almost have to be perfect to win on some of these nights. Unfortunately, this was one of them.”

Captain Dylan Larkin (15-25-40), who extended his point streak to five straight games with a power-play goal against the Coyotes, agreed.

“We were up, and we should have won that game,” Larkin said. “We outplayed them. Just mental errors and lapses that went into the back of our net.”

As the Red Wings look to snap a three-game winless streak, Lalonde said it’s important for his players to achieve “small goals” that help paint a bigger picture.

“We always want as many points as games on a road trip,” Lalonde said. “Three-game road trip, that’s still right there for us to get three points in three games. You gotta stay at it. There’s been parts of our game that have been really good.”

Chandler Stephenson paces the Golden Knights in points (40) and assists (29), while Reilly Smith (18-11-29) leads the NHL with four short-handed goals. Netminders Adin Hill and 2023 NHL All-Star Logan Thompson have shared starting duties in the crease this season, combining for a 2.67 goals-against average and a .911 save percentage.

Thursday’s game will mark the second and final meeting between Detroit and Vegas this season. The Golden Knights defeated the Red Wings, 4-1, at Little Caesars Arena on Dec. 3.