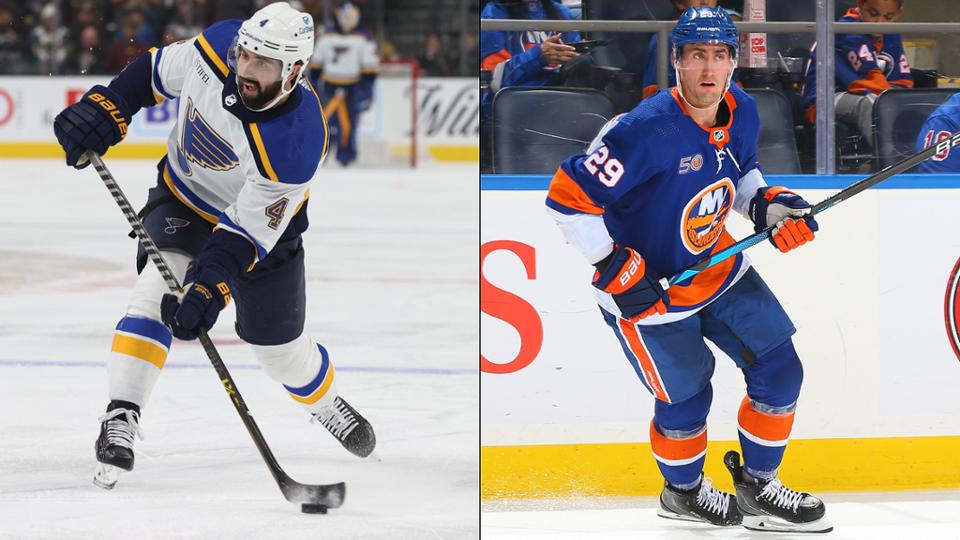 BLUES The St. Louis Blues looked like they were going to put their recent struggles behind them, scoring three goals in the second period to take the lead at Madison Square Garden. A couple of tough plays is all it took, however, for the Rangers to get back in the game and give the Blues their fourth straight loss.

St. Louis saw success offensively through the first two periods, though, scoring twice within 90 seconds when Jordan Kyrou and Ryan O’Reilly recorded their 10th and eighth goals of the season, respectively.

Turning the page to Tuesday’s bout with the Islanders, Thomas Greiss is likely to start in net against his former club. In five seasons as an Islander, Greiss earned 101 wins in 193 appearances, stopped shots at a .915 save percentage and won the 2018-19 Jennings Trophy along with Robin Lehner.

Looking ahead in the schedule, the Blues have some key opportunities to win big games in front of their fans. Following Tuesday night’s action against the Islanders, the Blues return for a three-game homestand against a Central Division gauntlet. The Winnipeg Jets visit on Thursday followed by a back-to-back against the Colorado Avalanche and Nashville Predators starting on Sunday.

They’ll face off with the Islanders at a record of 11-14-0, worth 22 points and sixth place in the Central Division.

ISLANDERS The New York Islanders continue to benefit from a strong goaltending tandem, winning in shutout fashion on Sunday night over the Chicago Blackhawks.

Ilya Sorokin and Semyon Varlamov have both been among the NHL’s best goalies this season. With Varlamov earning his 37th career shutout on Sunday, the Islanders are now one of two teams in the League with a shutout from multiple goaltenders (joining San Jose). Sorokin (.932) and Varlamov (.922) are also both in the Top 10 for save percentage among goalies with at least five starts this year.

“Every single time (our goalies) come in here, it feels like they make big saves to keep us in it and give us a chance,” said Brock Nelson. “Whenever they can get rewarded with a shutout, that’s huge.”

Nelson scored a goal in the shutout win, extending the Islanders’ record to 10-0-0 in games where he lights the lamp this season.

The Islanders host the Blues at UBS Arena with a record of 16-10-0, worth 32 points and third place in the Metropolitan Division as of Monday afternoon.

HEAD-TO-HEAD The Blues fell to the Islanders earlier this season, so Tuesday’s game will mark the conclusion of the season series. Over their last five games, the Blues are 2-2-1 against the Islanders.

BLUES Nick Leddy, who will be playing his first game in front of Islanders fans since being traded in 2021 after seven seasons in New York. Leddy recorded 243 points in 518 regular-season games for the Islanders, as well as 23 points in 67 playoff games.

ISLANDERS Brock Nelson, who leads the Islanders with 12 goals this season. Nelson scored the Islanders’ third goal against Chicago on Sunday, extending his point streak to five games.

The Blues are the only team in the NHL that has yet to lose a one-goal game in regulation, going 5-0-0 in games decided by one goal.