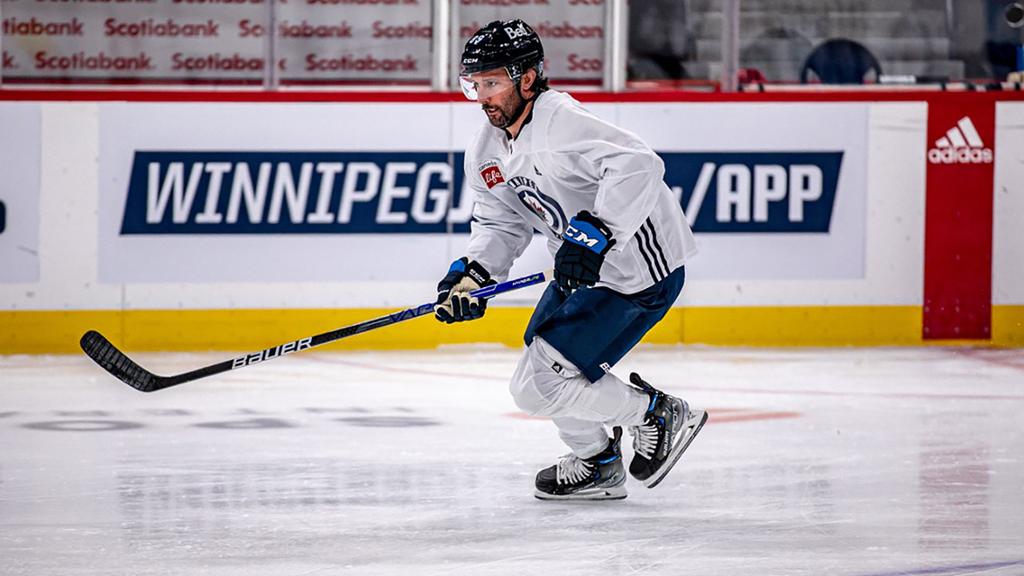 WINNIPEG – Along with all the gear and suitcases they’ll load into the plane, the Winnipeg Jets will also be packing two pieces of motivation for the three-game road trip they’ll begin in Los Angeles on Thursday.

First, they have the memory of their performance in a dominant 4-0 win over the St. Louis Blues on Monday.

Second, they have the reminder of their last road game, which saw the Jets fall behind 4-0 in the opening period against Vegas.

“You always have to have good starts, especially on the road in the other team’s building,” said associate coach Scott Arniel. “It’s a mindset that you get yourself prepared and know what you need to do in your first shift and first period. We set the standard for how we want to play and continue that right through.”

Continuing that effort straight through a 60-minute game was something the Jets had been searching for since the start of the season. Even in their wins, they always felt there was a particular period where they weren’t at the level they wanted to be.

Against St. Louis, a victory that got them to 3-3-0 on the season, the Jets felt they had it all.

“It’s a really good team that we played and we were able to come out on top. Now, the next challenge is building,” said Morgan Barron. “It feels like every time we win a game, we drop the next one. So we have to win a few in a row here.”

The win was the cherry on top of Logan Stanley‘s 100th career game, a night that saw him play 13:43 and block three shots.

One of those left a mark though. Stanley didn’t skate on Wednesday, but will be on the road trip.

Nikolaj Ehlers, who hasn’t played since October 17 against Dallas, will also be on the road trip as he continues to recover from a lower-body injury.

“He’s progressing,” said Arniel. “He won’t be playing but he may be skating with us, getting on the ice, maybe get working out with the extras.”

The only one who couldn’t make the trip is head coach Rick Bowness, as he’ll stay back in Winnipeg to get some extra rest as he recovers from a previous bout with COVID-19.

“He was on a Zoom call with us today when we showed the team some clips this morning,” said Arniel. “I get my 10-15 texts a day, which is good because he’s staying in it and he’s watching it. At the end of the day, he’s with us in spirit here. We’re all putting the game plan together and he’s got a big say in it.”

A big part of that game plan conversation is how to duplicate the effort from Monday and starting stringing some wins together, beginning on Thursday against the Los Angeles Kings.

“We’ve kind of won one, lost one. A bit of a trend happening,” said Arniel. “We need to have that same kind of effort, that same kind of look. It came from four lines, it came from the six defence, and obviously our goaltending .Playing on the road, you have to play it that way.”

The Kings are 4-4-0 this season, but their four victories have come in the past six games.

“They were in the playoffs last year and pushed Edmonton to seven, I believe,” said Barron. “It’s going to be another good challenge for us. It’s about stringing them together for us. This .500, teetering around there, isn’t going to do it at the end of the year. We got to win some games in a row.”

Barron scored his first of the season in the win over the Blues, and the goal was generated in the exact way the Jets want to play – an aggressive forecheck, winning a battle, and getting to the front of the net to make things happen.

On Barron’s goal, his line mate Adam Lowry got body position below the goal line, sending the puck in front for Barron who made no mistake.

“When you’re big like that, him and Lows, two big bodies, when they crash it opens up ice,” said Arniel. “If you look at stats in this league, a lot of goals are scored off rebounds, tips, scrums, the stuff that happens in front of the goaltender. Not always the tic-tac-toe stuff.”

The tic-tac-toe stuff is nice, and there is certainly enough skill on that line to create plays like that. No matter how the goals go in though, as long as Barron’s line with Lowry and Sam Gagner limits the chances against, and ends up on the positive side of the goals for and against ledger, they’re happy.

“You look at all the teams that contend for Stanley Cups year in and year out, and it’s four lines, three D pairs and two goalies,” said Barron. “To be able to come to the contribute a little bit offensively was good and we need to keep it going. At the end of the day, you can only rely on the first two lines and the power play so much. There’s going to be nights where you need to chip in and we want to keep doing that.”