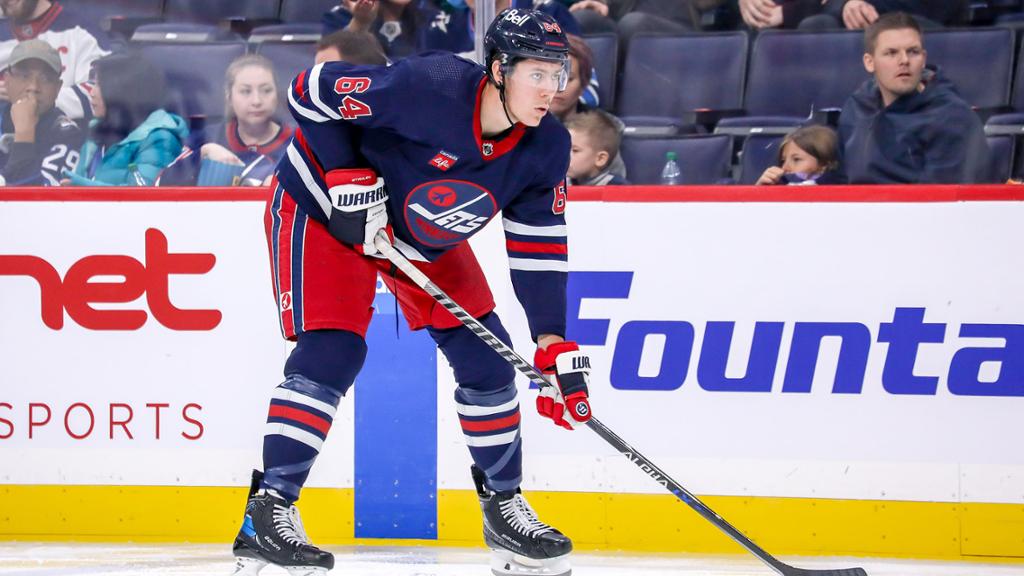 WINNIPEG – Practice time will be at a premium for the Winnipeg Jets this month.

They’ll play a total of 16 games in 30 days (including the three days off over the holiday break), so perhaps head coach Rick Bowness described it best on Friday when he described it this way:

“Our practice time is going to be nil, especially with the three days off at Christmas,” he said. “You start looking at that condensed schedule, this is going to be a tough month.”

The month certainly didn’t get started the way the Jets (14-7-1) would have liked with a 4-1 setback against the Columbus Blue Jackets. Combine a difficult outing like that one with an afternoon start on Sunday against the Anaheim Ducks, and that meant Saturday’s practice was not only valuable, but necessary to correct some of the mistakes from Friday night.

But that doesn’t mean the video session, held before the skate, was any longer than normal.

“Actually it was shorter, and to the point. Very concise,” said Bowness. “Some meetings are a little longer, to go over certain things. But this morning was shorter and right to the point.”

Most of the focus was on the rush chances – and goals – the Jets gave up against Columbus. They’re the type of goals the Jets haven’t given up much this season. So when they happened – especially when a turned a 2-0 game into a 4-0 game – they needed to be addressed.

“I think we understand where we went wrong last night, with self-inflicted errors that ended up in the back of our net,” said Sam Gagner. “We carried play for a good portion of the game and weren’t able to capitalize on our chances. But I think giving up four goals, especially with the way we gave them up, it’s important for us to fix that and be better (Sunday).”

The Ducks will be coming into Winnipeg for the second half of a back-to-back on Sunday. They dropped a 5-4 overtime decision in Minnesota on Saturday, and the Jets beat Anaheim in the first meeting between the two clubs back on November 17 by a score of 3-2.

Whether there will be line-up changes, well, Bowness is keeping that tight to the vest.

“That decision has been made,” Bowness grinned. “We’ll let you know when it’s time to tell you.”

What isn’t a secret is that the Jets want to get back to the standard they set for themselves. Sure, the Ducks are eighth in the Pacific at 6-16-3, but that doesn’t matter one bit to Bowness.

There are aspects of the game the Jets need to improve on, and that doesn’t change – regardless of the opponent.

“It’s about expectations and the standards that we’re setting in place,” said Bowness. “We didn’t like the game in Minnesota, then we had three great games and come back with that one yesterday. We’re still working on those standards and expectations. To get there on a much more consistent basis, that’s our challenge right now.”

For the past couple of days, defenceman Logan Stanley has been in a regular practice jersey as he works his way back from a foot fracture. The last game he played was his 100th in the NHL, which came back on October 24.

Now the 24-year-old feels he’s close to a return.

“I think it’s more the conditioning part of it, just getting back on the ice,” said Stanley. “Getting the lungs back into it. Other than that, I feel good.”

He admits the injury was frustrating, especially early in the season. It came on a shot block, which he knows is part of the job. So instead of focusing on the fact he couldn’t play, he locked in on what he could control.

“Me and (strength and conditioning trainer Jake Wolff) got pretty creative up in the gym trying to do conditioning with the upper body,” said Stanley. “There was a lot of calorie bike rides. They weren’t very fun, I’ll tell you that. I had my headphones in a few times and were grinding through those.”

So what does a return to the line-up look like timeline wise? Bowness doesn’t want to take any chances with the defenceman’s health, that’s the first box Stanley needs to check off.

“I want to make sure that his ankle is 100 per cent. That there’s no pain, no discomfort and that he’s going to come back at 90 per cent,” said Bowness. “I don’t want that to happen because that could be a setback. One thing that the coaches are telling us is that okay, he just needs a little bit more conditioning but the most important thing with that – and also making sure that there’s no discomfort in the ankle.”