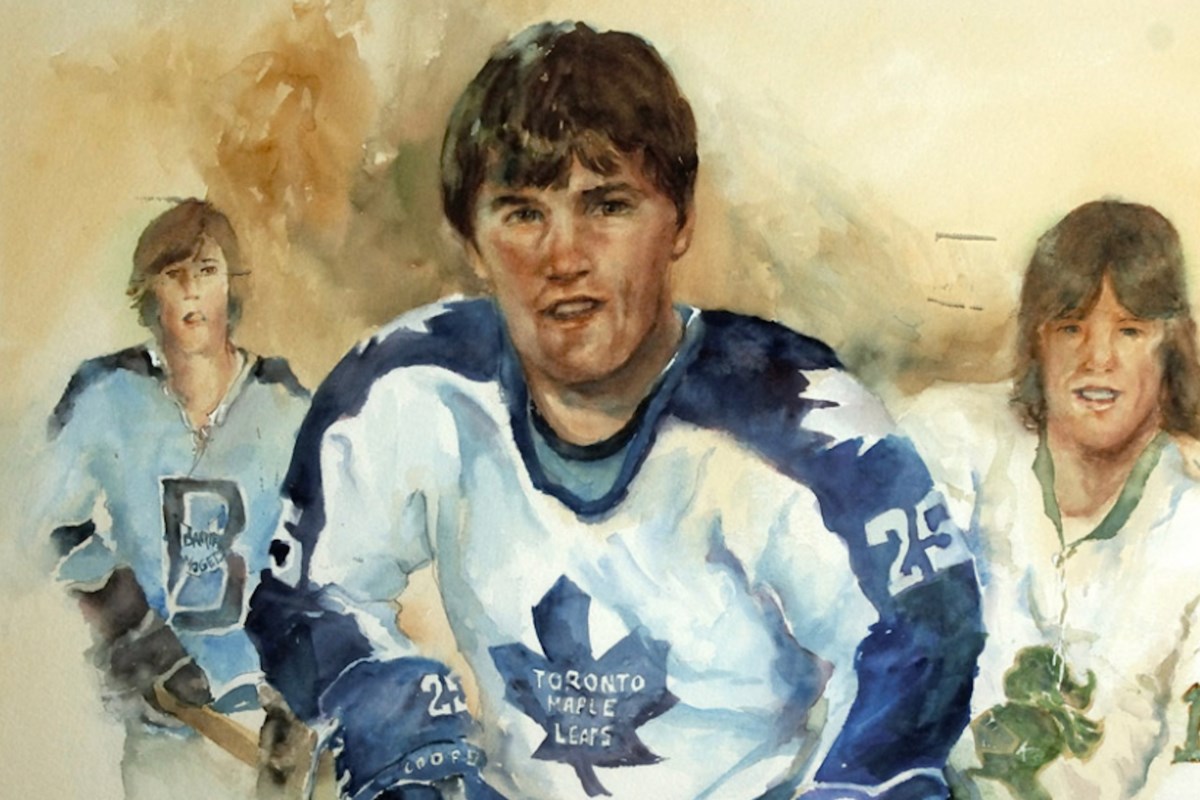 Top trophy eluded Terry Martin during playing career, but he now retires as a winning pro scout with Colorado Avalanche

After almost 50 years since he left town to embark on his hockey career, Terry Martin is bowing out as a Stanley Cup champion.

The Barrie-area native and former NHL player recently retired from his pro scouting role with the Colorado Avalanche.

“It feels good to go out on top,” said Martin, “… but I’m a hockey lifer. I still watch games every night.”

The difference now is Martin, 67, no longer is required to watch those games. In his mind, there is no better place to be, or people to be around, than in a rink, but with the years ticking by, it’s nice to know he can watch those games at home in Buffalo and not have to hop on a plane, or head out for a long car journey.

Martin grew up in Minesing and played minor hockey in Barrie. He was a leader on a team that included his good friend, Glen Richardson, and the late Brian Kinsella. Together, all three made it to the NHL, with Martin enjoying the longest and most successful playing career.

Whether it was growing up as a multi-sport athlete or watching the Barrie Colts/Flyers at the old Barrie Arena on Dunlop Street, local memories remain vivid in his mind.

“I keep hearing how much (Barrie) has grown,” said Martin, who still has siblings living locally. “… I know this: We were a helluva hockey town.”

Martin left town as a teenager to play junior with the London Knights. He was eventually drafted by the Buffalo Sabres. He made his NHL debut not long after — he scored his first goal in Madison Square Garden three weeks after his 21st birthday — and showed his big-league mettle with the Sabres.

Exposed in the expansion draft when the NHL absorbed four WHA teams, Martin was scooped up by the Quebec Nordiques. A December 1979 trade to Toronto led to Martin establishing himself as a solid NHL player. His time with the Maple Leafs is how many local people remember him.

“Growing up, you only got one game a week on television and that was Hockey Night in Canada, and that always involved the Leafs,” remembered Martin. “It was (in Toronto) where I also really grew into an NHL player.”

Indeed. Martin, to that point in his career, was a classic ’tweener: too good for the American Hockey League but not quite an NHL regular. Even with the chaos surrounding the club and controversial owner Harold Ballard never far from instigating the next crisis, Martin flourished in Toronto. After a partial season of 21 points in just 37 games, Martin followed with seasons of 23 and 25 goals.

“Harold was very good (to me) and actually pretty good to (most) players. The problem was you never knew when the next controversy was going to (take place),” he said.

Martin eventually played 317 games in Toronto and registered 83 goals and 76 assists. Short stints in Edmonton and Minnesota followed, along with a full season in Newmarket playing for the Saints, the Leafs’ AHL affiliate, before he retired in 1987.

Martin went straight into coaching and had his moments, including two seasons as head coach of the Toronto Marlboros. He maintained good relationships with the Sabres — many of his original NHL teammates remain his closest friends — and he returned to that organization when the Marlies moved to Hamilton.

Martin was an assistant coach for the Rochester Americans for six years and spent a season behind the Sabres’ bench in a similar role.

“We made it to the Calder Cup finals three straight years. Unfortunately, we never won one,” Martin explained of his time coaching in the American Hockey League, “… but I was never going to be a head coach (again). I didn’t have the personality for that job, the way it was going.”

Instead, the way he went was into scouting and it eventually landed him that elusive championship.

At first, he was a pro scout with Buffalo, but then moved to the Avalanche about 15 years ago. Both organizations had long playoff runs during Martin’s involvement, but the highlight, obviously, came last summer when the Avs finally got over the hump.

As most hockey fans know, the Avalanche’s 2022 Stanley Cup triumph came after many close calls and a virtual tear-down about 10 years ago that culminated with Nathan MacKinnon being taken first overall in the 2013 draft. In between, there were many transactions Martin and his colleagues helped bring to fruition. The biggest of those moves was the decision to move franchise cornerstone Matt Duchene in 2018 and then the acquisition of Nazem Kadri from the Leafs three years ago.

Martin spoke generally about how the Avs’ championship squad was built, but he was hesitant to take any sort of credit for specific moves.

“We are a team and the whole approach, whether it comes to trades or whatever, is that we (proceed) as a team and not as individuals doing (this or that),” he said.

Given his perspective, it was interesting Martin believed the Avalanche squad a year earlier was perhaps just as talented, even more so in certain areas. That team bowed out in the Western Conference semifinals to the Vegas Golden Knights despite winning the first two games of that series. A year before that, and with Barrie native Michael Hutchinson playing goal for the Avalanche, Colorado lost Game 7 in overtime to the Dallas Stars in the Edmonton bubble.

“I recently spoke with (then-Avs GM) Joe Sakic,” said Martin. “I told him that I thought maybe our team (in 2020-21) was better. He said maybe, too, but where the Stanley Cup winner was better was on defence.”

It’s worth noting the Avs bolstered their defence for the Cup win by adding veterans Josh Manson, Jack Johnson and Ryan Murray. Along with Norris Trophy winner Cale Makar blossoming into a superstar and youngster Bowen Byram maturing into a front-line role, that was probably the difference in Colorado’s six-game victory over the Tampa Bay Lightning.

This column was crafted after a call went out on social media for local people to add their memories of Martin’s time in Barrie and Minesing. Perhaps the most notable impression Martin left was how happy people were for him making it to the NHL and for carving out a solid living after his playing career.

For many, though, he was very much a regular guy. Martin had a certain star quality about him.

“Great athletes are great athletes,” said local man Doug Jones. “I remember watching him compete … He would just fly through the air.”

Another memory: “Not only talented but (he’s) nice and not hard on the eyes,” said Martin’s childhood neighbour, Patty Rowat.

With one artificial hip and two neck surgeries, it’s fair to say Martin is not flying as far these days. He still plays golf but, by his own estimation, hasn’t slipped on skates in “probably 25 years.”

But the remarkable ability and charm are still fondly remembered, and now have a Stanley Cup ring to go with them.