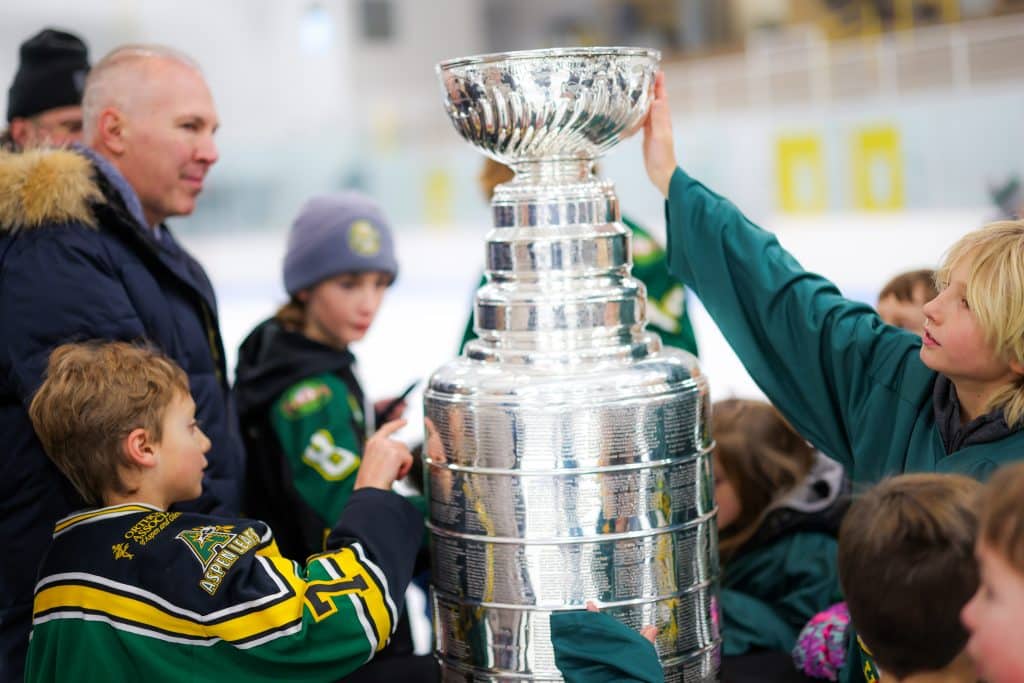 The Stanley Cup, which is awarded each year to the National Hockey League champions, made an appearance on Wednesday at Lewis Ice Arena in Aspen.

The private event was hosted by Aspen Junior Hockey for its players, with everyone getting the chance to take photos with the iconic trophy. The Colorado Avalanche are the current NHL champions, and AJH Executive Director Harlan Pratt’s own brother, Nolan Pratt, is a current assistant for the Avs.

Photos by Austin Colbert for The Aspen Times.