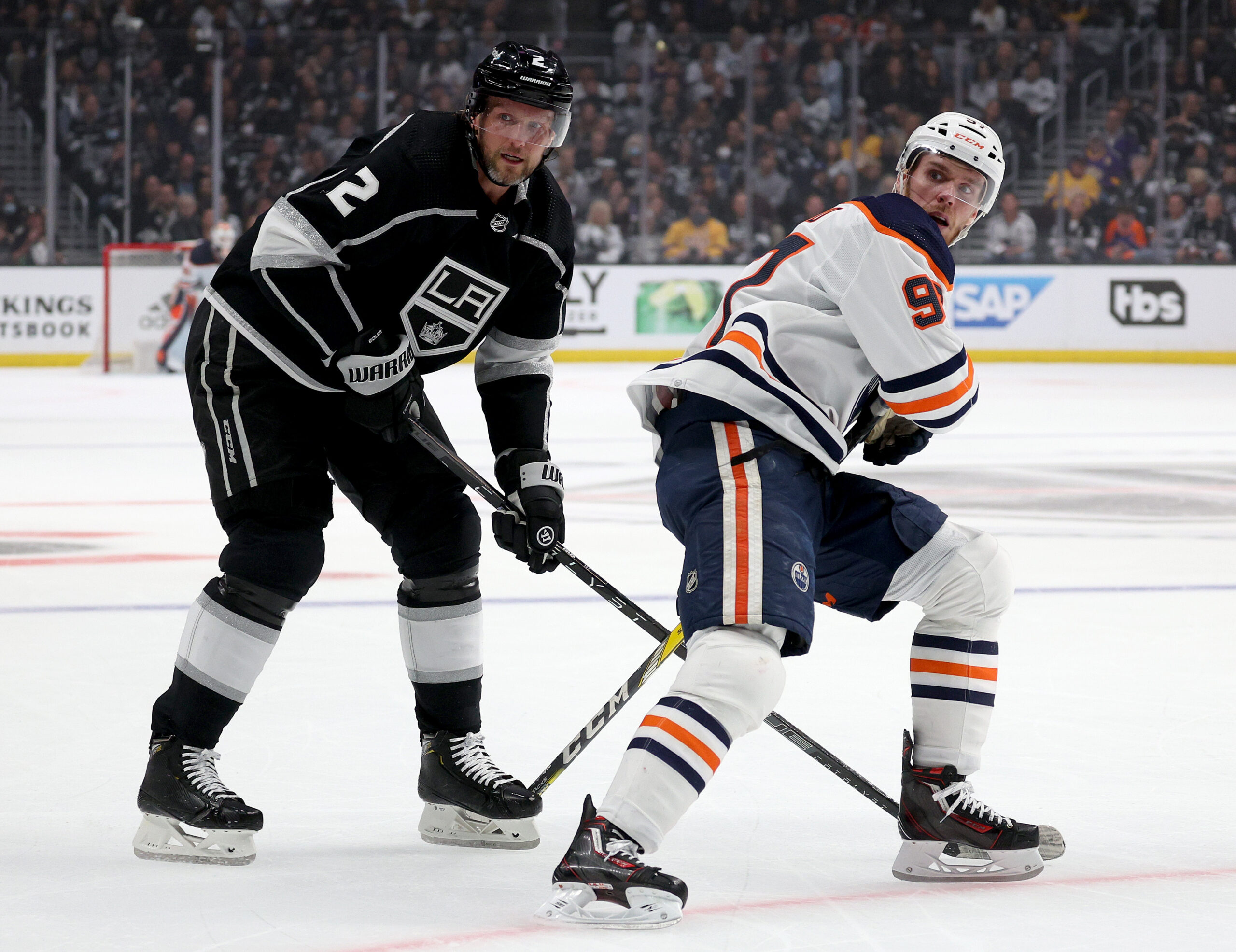 The Edmonton Oilers didn’t win their game against the Los Angeles Kings on Wednesday evening. It’s not the result they wanted, but most fans and players aren’t talking about the loss as much as they are about the “extremely dangerous” hit that defenseman Alex Edler laid on Connor McDavid. It was a hit that McDavid seemed to be OK after, but it isn’t changing the opinions of many who saw the play and can’t figure out why the league isn’t stepping in.

Why Didn’t The NHL Do Something?

Frank Seravalli of Daily Faceoff wrote on Twitter Thursday, “Not expecting any supplemental discipline for Alex Edler’s hit on #Oilers captain Connor McDavid last night.” Steve Dangle of Sportsnet writes, “I’ve watched the Edler knee on Hyman from two seasons ago vs the Edler’s knee on McDavid from last night and I’m not seeing how one is two games and the other is nothing.”

This was a hit on the best player in the league. Some will argue that shouldn’t factor in when making a decision on a suspension for a player, but I’ll argue that it should if only to note that if the NHL isn’t going to suspend someone for a hit dangerous play like this on their top star, who will they try to protect? How does a player who has a history of this not get some kind of supplementary punishment when he’s been punished in the past?

The reality is, McDavid got lucky here. This could have been much, much worse. Head coach Jay Woodcroft called it questionable. That’s being kind.

Edler’s Hit and His Reputation For Crossing the Line

There were a few unhappy campers on the Oilers’ roster after Edler took liberties with the team’s best player. None were more frustrated than Zach Hyman who has been on the receiving end of a similar play from the same person and it put him out of action for some time. Hyman was interviewed during the intermission and noted, “He did that hit to me a couple of years ago, exact same play, and I was out for two months and he just did it to Connor, same thing. It’s an extremely dangerous play. I’m just glad Connor is ok.”

Leon Draisaitl also chimed in after Darnell Nurse was stopped by the officials from going after Edler when the hit took place. It wound up being four-on-four because Nurse tried to stick up for his teammate, captain, and friend. Draisaitl said, “If you do something like that, you should be able to do something about it. I mean, I don’t know how many career fights he has.” To make matters worse, when McDavid tried to respond on his own, he was given a two-minute penalty for cross-checking.

Edler has been suspended for kneeing before. Would that not make him a repeat offender? He also has suspensions for a headshot and charging a goaltender.

The Oilers Should Be Livid

While many will contend this doesn’t send a message to Edler and anyone thinking about doing something similar, I will argue that it does. It sends the message that this is an acceptable play and one that you can get away with in the NHL. By not acting and not suspending Edler, the only thing he learns here is that this is permitted within the rules and that targeting a team’s best player in this manner is justified as long as a knee-on-knee hit doesn’t appear to be delivered with malicious intent.

Make no mistake, Edler knew what he was doing here. The Oilers also knew it, which is why they went after Edler immediately. Most people who watched that game knew it too and there aren’t many siding with Edler on this one. The game against the Kings was physical. The next time these two teams meet, it’s bound to be downright nasty.