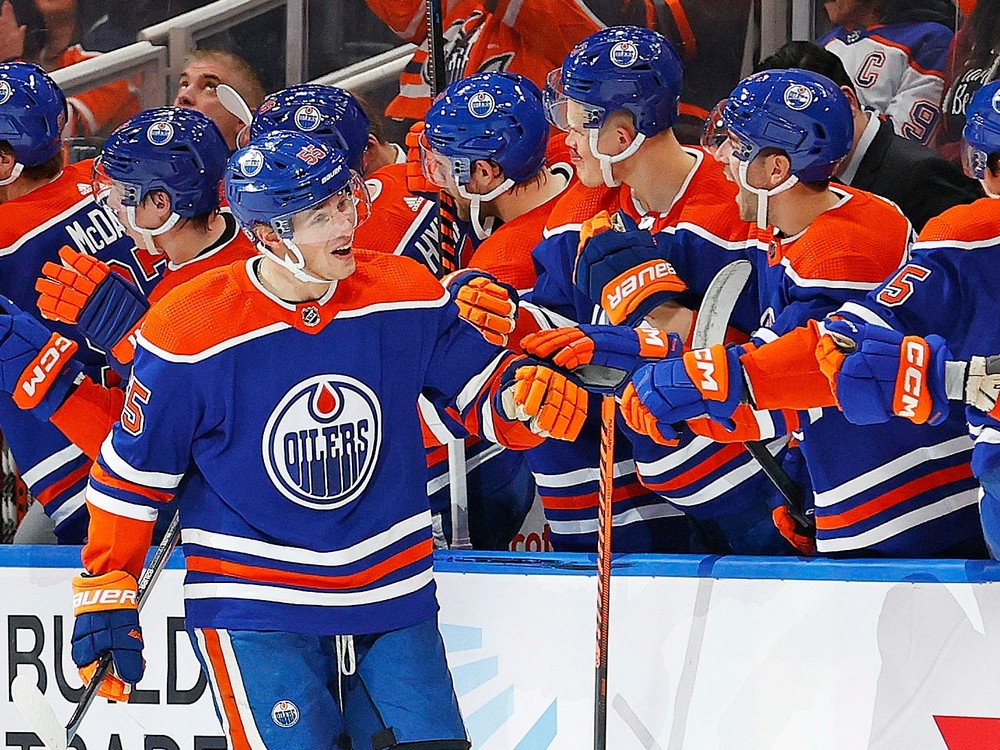 The Edmonton Oilers came up with a strong effort at home in a victory against the New York Islanders on Thursday, now they need another against the Colorado Avalanche on Saturday.

Consistency has been an issue for the Oilers this season, particularly since forward Evander Kane sustained a scary wrist laceration in early November, knocking him out of the lineup.

The Oilers are 13-11-2 without Kane, who is still over a month from returning, even though he is currently skating with the team. And with a four-game road trip to follow Saturday’s encounter against the defending Stanley Cup champions, things aren’t about to get any easier.

The victory against the Islanders was a good start, but it’s imperative the Oilers build on the result to keep a playoff standing.

“This wasn’t the first time that we have played a full 60; it is about what are we going to do next? Can we string wins together and play like this consistently and turn the page here?” said Oilers forward Zach Hyman. “We have a great test here on Saturday, obviously, against the team that knocked us out of the playoffs. So, it is going to be an exciting one for us, we just have to improve every day.”

The Oilers meant business coming out of gate and overrunning the Islanders in the first period, but only leading 1-0 late in the frame until Kailer Yamamoto scored a short-handed goal.

Outshooting the Islanders 18-4 in the first period, the Oilers probably should have taken a bigger lead into the intermission, but credit to them, they didn’t fold in the second after the Islanders scored to cut into the deficit

Such wasn’t the case in two of their previous home games, blowing leads in 5-2 losses to both the Vancouver Canucks and Seattle Kraken.

“There was a lot of chatter on our bench, especially from our leadership,” Yamamoto said. “I give a lot of props to them. They were really good (Thursday) in pushing the guys and making sure we were still pushing forward.”

The Oilers leadership took it upon themselves to hold a players-only meeting prior to the encounter against the Islanders to address the consistency issues. They see the standings as well and the Oilers would rather be with the frontrunners as opposed to battling for a wild-card spot in the Western Conference.

They are a modest losing skid away from sliding down the ladder, with most teams in the conference having games in hand.

“This is just one game, I think we have 42 games left, so it is still a long season,” Yamamoto said. “There is a lot of hockey to be played. We are still pushing for (playoffs) and very game is going to be a different challenge, but I think this team is up for it.”

Considering the Oilers were looking to build on a trip to the Western Conference Final last season, missing the playoffs this year would be a huge step backwards.

The Oilers are still considered one of the most talented teams in the conference, and with Connor McDavid and Leon Draisaitl driving the bus are never out of a race. But it’s the supporting cast, which needs to start pulling its weight, which was the case against the Islanders with Yamamoto, Dylan Holloway scoring and Jack Campbell putting together a solid outing, having lost his starting job to Stuart Skinner.

“We went into (Thursday) with the mindset of winning the day, and that’s all we can do,” Oilers coach Jay Woodcroft said after Thursday’s game. “You can only take care of the business that’s immediately in front of you. You can’t change of what’s happened so far, we have the ability to string a good day tomorrow; it’s a rest day, an off-day, so it’s making sure that we rest properly and prepare for our game coming up against the Stanley Cup champions, the team that eliminated us from the playoffs last year.

“It is an opportunity to build something? Yeah, it is. We’ve had that opportunity other times as well that we haven’t capitalized the way we wanted. We feel we’ve left some points on the table through the first 40 games, we can’t control that, what we can control is learning some of those hard lessons.”

There is plenty of runway left for the Oilers, but it is important they recognize the urgency of the situation.

It was around at this time last season the team made a coaching change, and brought in Kane after his contract with the Sharks had been terminated.

The Oilers went on a 27-9-4 run in the second half of the season to finish second in the Pacific Division standings. It might take a similar second half this season to get back near the top of the standings and secure a playoff spot.

The Avalanche are getting over a Stanley Cup hangover and trying to crawl back into the playoff race this season. They are coming into town on a five-game winless skid (0-4-1), dropping a 4-2 decision to the Vancouver Canucks on Thursday.

“Any time you play the defending champs it means more,” Hyman said. “It comes with the territory. When you play a team like that you usually get the other team’s best, because they are excited and ready to play because they were the best team in the league last year.”