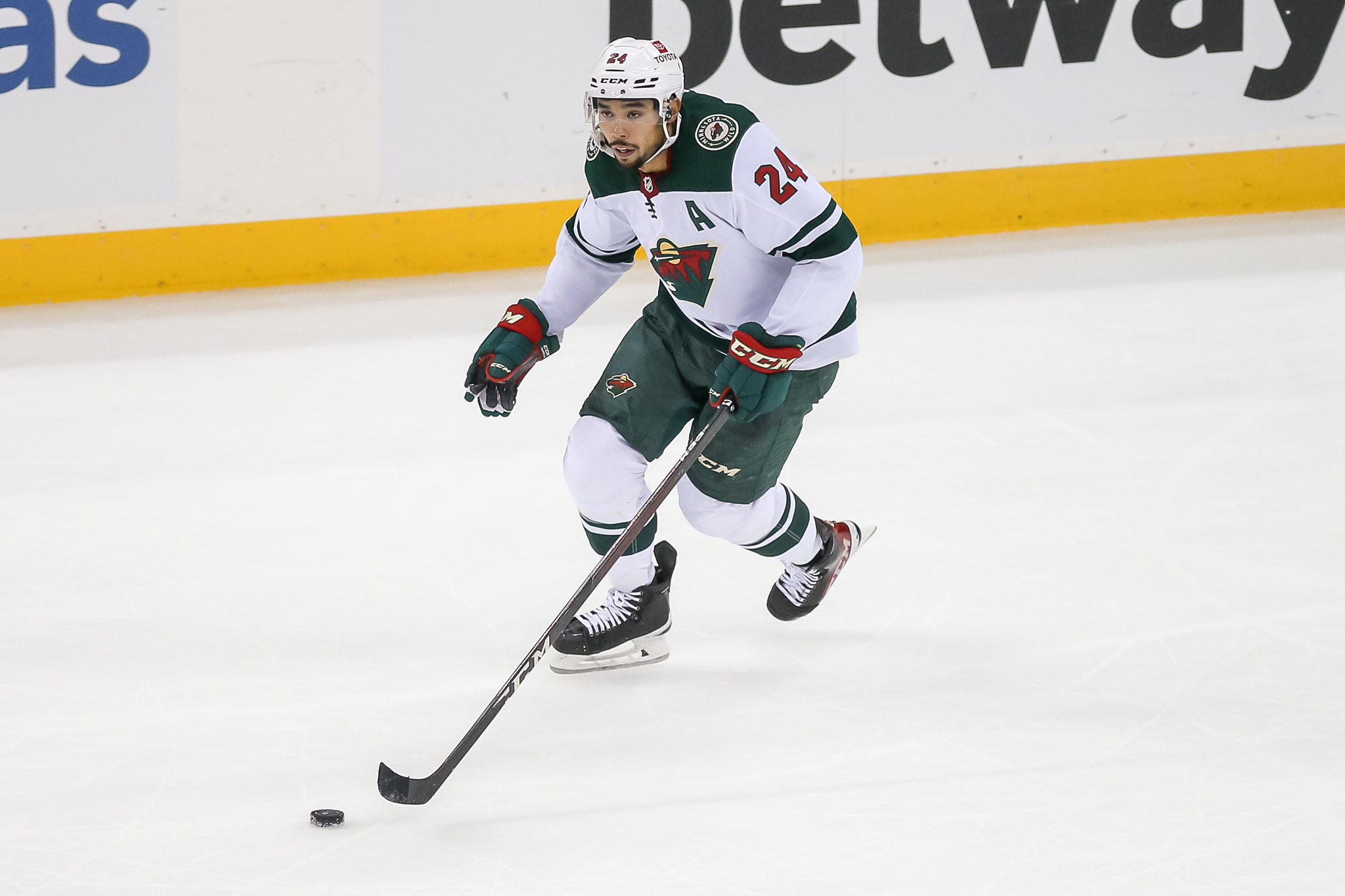 In today’s NHL rumors rundown, the Edmonton Oilers are looking to improve their blue line and insiders are reporting that two names are standing out thus far when it comes to possible targets. Meanwhile, are the Toronto Maple Leafs internally discussing a trade for Ryan O’Reilly?

Will the Minnesota Wild dump Matt Dumba? Finally, there is news on the respective asking prices for Brock Boeser and Sean Monahan.

Oilers Looking at Klingberg or Edmundson

Multiple insiders have linked the Oilers to both John Klingberg and Joel Edmundson in trade talks, with TSN’s Pierre LeBrun being the latest to do so. He notes in the recent Insider Trading segment that the Oilers are looking to be buyers closer to the March 3rd NHL trade deadline and improving their blue line is the top priority.

“A couple of names to keep in mind, as the Oilers’ front office looks at who potentially is out there between now and March 3. I know they had discussed internally the merits for example of both John Klingberg and Joel Edmundson, as part of their long list of D that they’re looking at.”

Klingberg has been connected to the Oilers as far back as this past offseason and he’s a pending UFA with the Anaheim Ducks. His full no-trade turns to a 10-team list on January 1st and it’s not been reported if he’s been asked to waive for the Oilers or told that Edmonton even has an interest. Meanwhile, the Canadiens aren’t actively shopping Edmundson but are prepared to listen to offers.

Klingberg has had a lousy season based on previous statistics. The Oilers might be able to get him for much less than the Ducks were hoping when they signed him to the one-year deal this summer.

LeBrun also offered some updates in the first installment of the Top 25 Trade Bait Board for The Athletic. Contributing on a number of players, he mentioned of Ryan O’Reilly:

“I think the Maple Leafs have talked about O’Reilly internally. Whether that leads to showing interest with the Blues in the new year, we shall see. Like with Horvat, the Avalanche would make sense. I mean, any contender should have interest in the 2019 NHL playoff MVP.”

Boeser and the Wild? Cap Hit Is an Issue

When it comes to Brock Boeser, LeBrun notes that there are teams showing interest, but few if any are willing to make this move for his full cap hit. The Canucks are likely going to have to retain salary if they want any sort of decent return for the player. This isn’t something the Canucks want to do as their primary objective is to clear max cap space in any Boeser trade.

He writes: “The obvious team to single out here is Boeser’s native Minnesota Wild, and yes, the Wild have talked about Boeser, for sure. But the cap hit, again, is a huge issue.” LeBrun doesn’t rule out the Canucks taking a contract back in the trade.

Also with the Wild, LeBrun notes: “Traded or not, this is probably the end of the erratic defenseman’s run in Minnesota.” Saying the team has prospects bubbling up on their blue line, the Wild are willing to move Dumba in a lateral move and will be parting ways with him when his contract is over, regardless of whether they can manage a deal or not.

Eric Duhatscheck writes that the Montreal Canadiens might be willing to re-sign Sean Monahan, especially if the team doesn’t get their asking price at the NHL Trade Deadline this season. The Canadiens could make out like bandits here as they got a first-round pick for taking on his contract in the first place and they are looking for a big return if they move him.

He’s been valuable enough that the Canadiens could still look to re-sign him. They received a first-rounder for taking on his contract, and if the decision is to move him, they’ll be seeking a further high draft choice from any team that wants to add center-ice depth for the playoff run.

Joel Edmundson also made the list, but interestingly, Josh Anderson and Jonathan Drouin did not. Both men have been mentioned in trade rumors throughout the season.