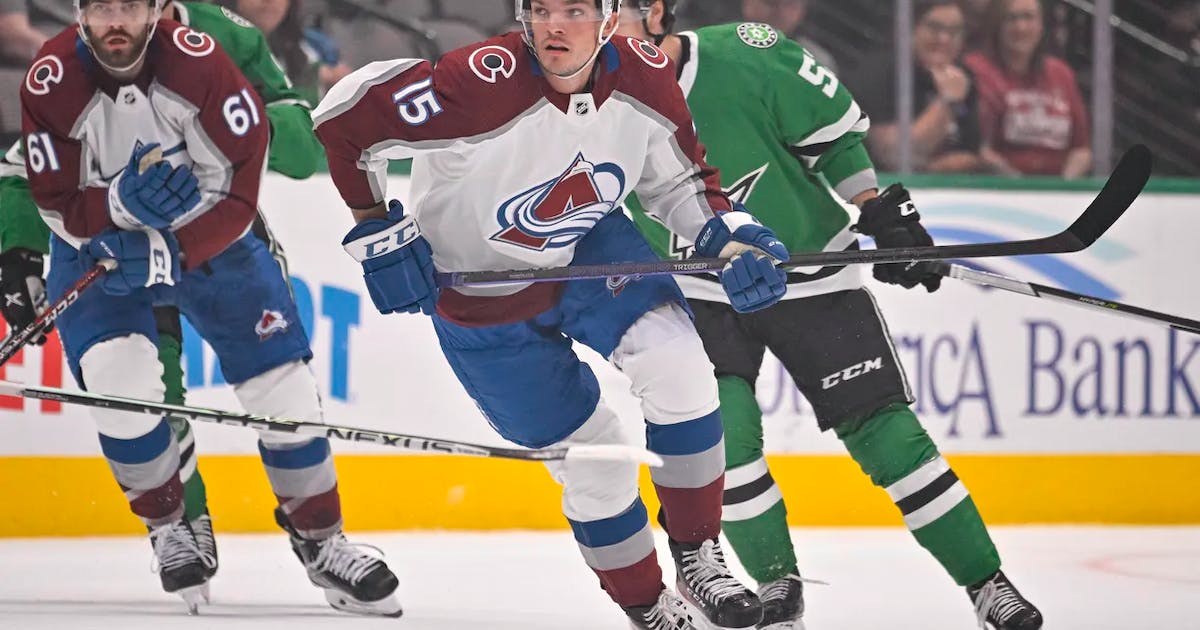 Nova Scotia’s Shane Bowers finally realized his dream of playing in the NHL but his debut with the Colorado Avalanche was bittersweet.

The 23-year-old from Herring Cove drew into the lineup against the Nashville Predators on Thursday, five years after being a first-round pick of the Ottawa Senators.

Bowers enjoyed the traditional rookie lap for warmup and created a scoring chance to start the night but then hurt himself on his third shift and had to leave the game. The team isn’t saying much at the moment, other than he’ll be getting an MRI to determine the extent of the injury.

Bowers only ended up clocking 1:46 of ice time

Shane Bowers gets a solo lap before his NHL debut. #Avs pic.twitter.com/Hl8Go3YeL7

“It sucks,” Colorado head coach Jared Bednar told reporters. “He worked his whole life to get here and play this game, and he gets hurt a couple seconds into his third shift.”

The Avalanche acquired Bowers in a multi-asset three-way trade in 2018 that sent Matt Duchene to the Senators and Kyle Turris to the Predators.

“Just pure excitement,” Bowers said during a pre-game media session. “It’s something you dream of, like every kid. And once you actually hear the news, it’s pretty exciting. Your heart starts to beat.”

Bowers was the last player from the 2017 first round to make it to the NHL. He’s been in the AHL with the Colorado Eagles since 2019 and has 51 points in 127 games but missed chunks of time with injuries. He had six points in 10 games so far this year with the Eagles.

#Avs Shane Bowers makes his NHL debut tonight against the Predators. Earlier today from the locker room: “It’s something you dream of, like every kid. Once you actually hear the news, it’s pretty exciting. Your heart starts to beat. I’m happy to be here.” pic.twitter.com/91342yT5bY

“Let’s face it, he’s had a tough go of it down there for the last couple of years,” Bednar said in a pre-game media session. “Lots of injuries, in and out of the lineup. As soon as he gets his game in order he seems to be out again with another injury. … I’m really happy for him.”

Prior to turning pro, Bowers played at Boston University for two seasons where he had 53 points in 77 games.

Bowers’ parents Lore and Scott happened to be in Colorado for a visit this week so they got to be at his first game with the Avalanche.

#Avs coach Jared Bednar told Shane Bowers that what he’s heard out of AHL Colorado Eagles is that Bowers is doing everything the organization asked him to do.

Asked how happy he is for Bowers to finally get an NHL debut opportunity tonight, Bednar had a lot to say. pic.twitter.com/jT25ImWcTs