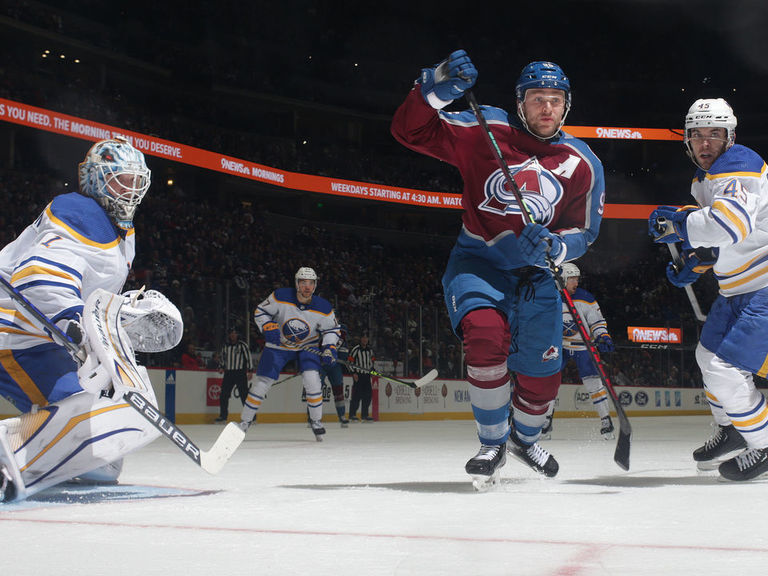 Last week, we discussed how to determine the game-to-game value of a star player like Nathan MacKinnon relative to the moneyline, at least as it pertains to the betting market. There was an 11% moneyline adjustment in the first two games the Avalanche played without MacKinnon. Colorado lost both, but there was an interesting reaction last week.

The betting market seemed to either forget that MacKinnon was out or didn’t care.

Here are our projected moneylines with and without MacKinnon for three games from Dec. 11-16:

That disparity in pricing came from oddsmakers no longer taxing the Avs for missing MacKinnon, along with captain Gabriel Landeskog. The previous two games, where there was an 11% shift, were against good teams: the Bruins and Rangers. The Blues, Flyers, and Sabres aren’t currently in the playoff picture, so maybe it was deemed that Colorado didn’t need its star power to win those games.

Sure enough, the Avalanche won two of three, with a loss to the Sabres (+160) mitigating the overall win for Colorado bettors. But a slightly deeper look at the results paints a different picture.

The Avalanche were nine seconds away from losing to the Blues, but it was a remaining star that saved the day. Mikko Rantanen tied the game with the goalie pulled and then won it in overtime.

Two days later, Colorado was a massive favorite to lowly Philadelphia, despite the Flyers having beaten the Avs a week earlier. That might have been due to Philly sitting star goaltender Carter Hart. With backup netminder Felix Sandstrom only able to stop 22 of 25 shots, the Avalanche edged the Flyers 3-2. In the loss, Philadelphia had more expected goals (XG) and high-danger chances created at five-on-five.

Those willing to keep firing against the MacKinnon-less Avs were finally rewarded when the Sabres upset Colorado, though the Avs were the better team at even strength with a 71% XG share.

With MacKinnon out another two-to-four weeks, it’s anyone’s guess how his absence will, and should, be treated by the betting market.

We started the campaign using regular-season point totals as a baseline for rating teams since it’s still our best measurement. Throughout the campaign, we’ll adjust club ratings using on-ice metrics to remove the cognitive bias of win-loss records, which can be skewed by outliers like special-teams results, poor goaltending performances, and other unreliable events.

There are no bad bets at the right price, but how do we know what a good price is?

The following includes my fair price on the games (true moneyline) and the moneyline price I’d need to bet either side. I only need a 1% edge for a favorite if we’re getting better than a fair price on the team more likely to win. For the underdog, I’ll need 4% or better to make it a bet. For games I project to be closer to a coin flip, a 2.5% edge is enough for a worthwhile wager. I also have a 5% win probability consideration for a team playing in the second game of a back-to-back with travel and a 3% consideration for a team on the second leg of a back-to-back without travel. When it comes to injured players, I do my best to estimate the impact on their team’s win probability.

When the betting markets open up the night before, you can compare those prices with our “price to bet” column to see if you’re getting any value with either side’s moneyline. There’s also a possibility that a moneyline moves into a bet-friendly range at some point between market open and puck drop.

Matt Russell is a betting writer for theScore. If there’s a bad beat to be had, Matt will find it. Find him on Twitter @mrussauthentic.