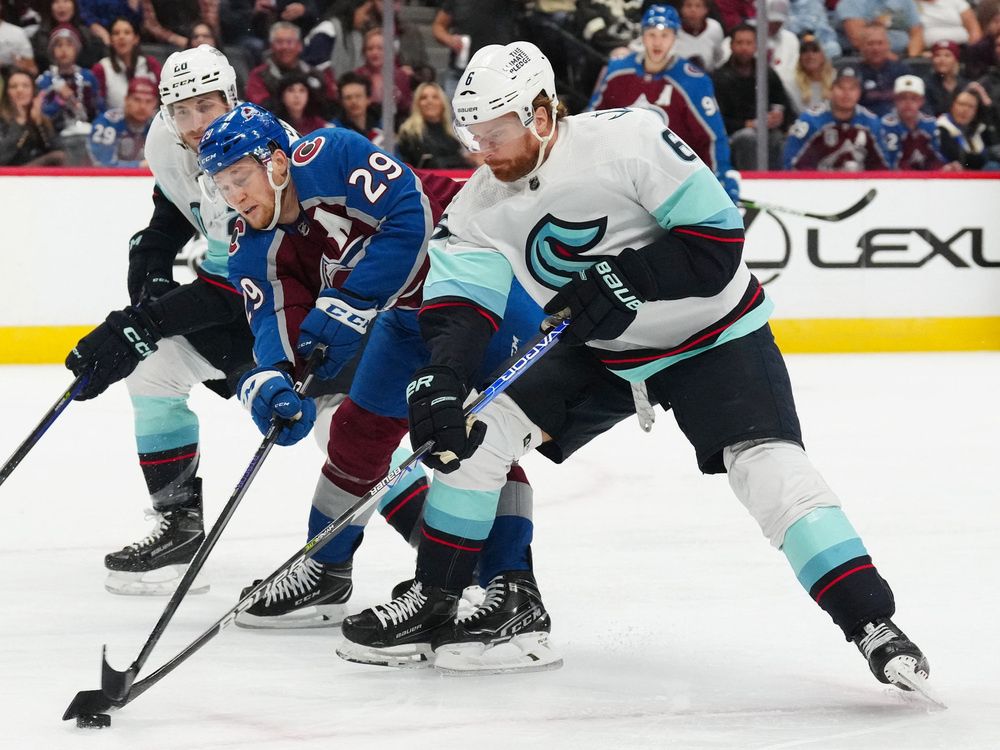 Jared McCann and Jordan Schwartz had a goal and an assist each, Karson Kuhlman scored the game-winner and the Seattle Kraken beat the Colorado Avalanche 3-2 on Friday in Denver.

Kraken goalie Philipp Grubauer turned away 17 of 19 shots against his former team before being replaced by Martin Jones midway through the third period. Jones stopped the only shot he faced.

Bowen Byram had a goal and an assist, Evan Rodrigues also scored, Valeri Nichushkin had two assists and Pavel Francouz made 35 saves for Colorado. The Avalanche have dropped two consecutive games.

Colorado honored Seattle forward Andre Burakovsky during the first timeout. Burakovsky was a member of the Stanley Cup championship team last season and scored an overtime goal to beat the Tampa Bay Lightning in Game 1 of the finals.

Brayden Point scored twice, including a power-play goal with 2:52 left in overtime, leading Tampa Bay over Florida in Sunrise, Fla.

Steven Stamkos, who had Tampa Bay’s other goal, got the primary assist on the game-winner, setting Point up in the slot. Nikita Kucherov added two primary assists for Tampa Bay, and Andrei Vasilevskiy made 35 saves for the win.

Matthew Tkachuk had a goal and an assist, Rudolfs Balcers also scored and Brandon Montour notched two assists for the Panthers. Sergei Bobrovsky made 29 saves.

Max Domi scored an unassisted goal at 2:16 of overtime as Chicago rallied from a two-goal deficit to defeat visiting Detroit.

Andreas Athanasiou scored on a penalty shot, while Philipp Kurashev and Connor Murphy had the other goals for Chicago. Sam Lafferty contributed two assists. Blackhawks starting goaltender Petr Mrazek stopped 15 of 18 shots and was taken out after two periods. Alex Stalock saved all 10 shots he faced in relief.

Dominik Kubalik registered a goal and an assist and Pius Suter and Dylan Larkin also scored for the Red Wings. Alex Nedeljkovic made 25 saves.