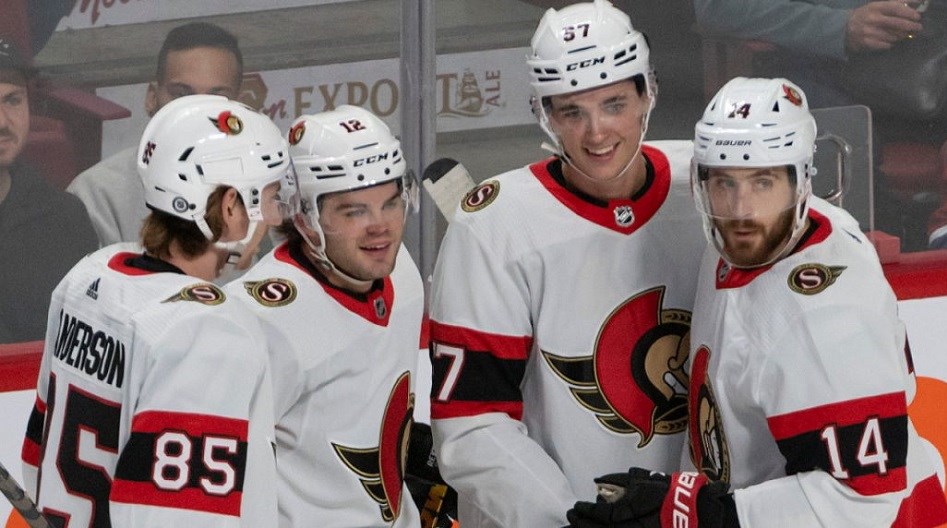 Whether you’re at the top of the standings or in the basement where parents hide gifts-to-be from crazed children who can’t wait for Christmas morning, there’s always at least one thing your team can use.

Giving never goes out of fashion. That said, there’s only one time of the year when we deem it socially acceptable to write down a bunch of stuff you want in a list, hand it to people and expect them — in the spirit of the season — to deliver.

Boy, National Hockey League (NHL) general managers wish getting what they desire was that easy.

The task of finding what your team needs is a round-the-year job for general managers (GMs), but maybe we can lessen their loads a bit this holiday season by handing out some presents. Whether you’re at the top of the standings or in the basement where parents hide gifts-to-be from crazed children who can’t wait for Christmas morning, there’s always at least one thing your team can use.

With just a few days to spare before the sleigh takes flight, here’s our power ranking that drops one thing down the chimney for each NHL club.

1. Boston Bruins (26-4-2) Let’s draw up a new, fat contract for sniper David Pastrnak so Bruins fans can stop freaking out that he might bolt in the summer as a free agent.

2. Carolina Hurricanes (21-6-6) You look at the Canes’ fantastic lineup and the one spot you wonder about is 2C. Vincent Trocheck left in the summer; Jordan Staal remains a bull of a player, but he’s better suited to the bottom six. Paul Stastny is crafty, but 37; Jesperi Kotkaniemi just isn’t there. Wouldn’t Bo Horvat be a dream fit?

3. Toronto Maple Leafs (21-7-6) One voucher for a Round 1 win that can be cashed in the spring — because who knows where it goes if they can get that first one.

4. Dallas Stars (19-9-6) Let’s get Wyatt Johnston a couple more goals in his next few games so we can officially talk about the 23rd overall pick from 2021 entering the Calder Trophy race.

5. Winnipeg Jets (21-11-1) The Jets need a big shelf where they can put Josh ‘Norris-ey’ Morrissey’s Norris Trophy in six months. He’s gone from breakout year to breathing down Erik Karlsson’s neck for the scoring lead among defencemen.

6. New Jersey Devils (22-9-2) How about some hotel rooms near the Prudential Center they can stay in so they play like they’re on the road? The Devils have an .833 points percentage as visitors (second-best in the NHL), a mark that drops to .583 (17th) in their own building.

7. Vegas Golden Knights (23-11-1) The rare case where it’s kind to give nothing; no new players, just more of the continuity that was missing in Vegas in previous years.

8. Tampa Bay Lightning (20-11-1) A nice, comfy mattress so they can get some real rest before making another run in the spring. Tampa has played nearly an entire season’s worth of playoff games (71) since 2020, nearly 30 more than the next-closest team, Colorado (45).

9. Pittsburgh Penguins (19-9-5) How about Patrick Kane on the right side of Sidney Crosby or Evgeni Malkin?

10. Minnesota Wild (19-12-2) We want Mats Zuccarello to give us all some of that age-defying Norwegian water he’s drinking. ‘The Hobbit’ is having his best season ever at 35 and all his best campaigns have come after his 30th birthday.

11. New York Rangers (19-11-5) A promise that recent production from Kaapo Kakko (4-2-6 in past seven) and Alexis Lafreniere (three points in past four) is a real sign of things to come.

12. Colorado Avalanche (18-11-2) The most important gift of all; good health. We haven’t seen the real Avs team until Gabriel Landeskog, Nathan MacKinnon, Bowen Byram and Josh Manson are all in the lineup together.

13. Washington Capitals (18-13-4) Give a raise to whoever put their hand up in the meeting before free agency and suggested Washington sign Charlie Lindgren — a goalie who had 11 NHL starts in the four seasons that preceded this one and just turned 29 on Sunday — to a three-year contract. Lindgren’s play with Darcy Kuemper on IR has helped the Capitals turn their season around.

15. Los Angeles Kings (19-12-5) Prepare to be stunned: Santa already brought the Kings exactly what they need — a goalie — in the form of Pheonix Copley, we kid you not, a North Pole, Alaska native.

16. New York Islanders (18-14-2) Get them a big fish before the trade deadline following an off-season when we incorrectly thought the Isles might walk away with Johnny Gaudreau or Nazem Kadri.

18. Buffalo Sabres (16-14-2) How about some assurance for tormented fans in Western New York that the progress they’re seeing is real. Consider this; of all the teams presently outside the playoff picture in both conferences, only three — Buffalo, Washington and Calgary — have positive goal differentials. Calgary is plus-1, the Caps are plus-5 and Buffalo is plus-18…which is as good or better than all but seven of the 16 squads currently holding a post-season spot.

19. Calgary Flames (15-12-7) If we can get this team a little more chemistry for the final 50 games of the season, things should still be just fine in Southern Alberta. The pieces are there, they’re just not quite in place yet after a summer of upheaval.

20. Florida Panthers (15-15-4) How about results that match their underlying numbers? The .500 Panthers are fourth in the NHL by expected goals percentage (55.02) and average more shots on goal (37.1) than any team in the league.

21. Detroit Red Wings (14-11-7) A nice extension for Dylan Larkin, so the pending-UFA and Michigan boy can see this thing through with the team that’s always been part of his hockey-loving life.

23. Montreal Canadiens (15-15-3) The Habs need a uniform for coach Martin St. Louis so he can get on the ice and solve the power-play problems himself. Montreal’s man-advantage clicks a league-worst 13.6 per cent of the time. Seven teams convert on the PP at twice that clip.

26. Vancouver Canucks (14-15-3) The Canucks should be giving away tickets to their home games, because who would want to pay for what they’ve done in their own building this year? Vancouver is 5-9-1 in B.C. with a minus-16 goal differential. On the road, the Canucks are 8-6-2 and a relatively fine minus-3.

28. Arizona Coyotes (10-16-5) For everyone’s sake, let’s give Arizona a resolution in the Jakob Chychrun trade saga. The defenceman is certainly doing his part to entice teams to make a move, registering 13 points in 15 games since returning from a wrist injury.

29. Philadelphia Flyers (11-16-7) Can we give everyone in Philly a calm, deep understanding that digging out of this one might take a while?

30. Anaheim Ducks (9-22-3) Let’s get Anaheim the first first-overall pick in team history in a year where No. 1 is the kind of player you dream of. Call it makeup for them finishing second in the Sidney Crosby lottery.

31. Columbus Blue Jackets (10-20-2) Santa, the team with the second-worst five-on-five save percentage in the league could really, really use some stops.

32. Chicago Blackhawks (7-20-4) We focus on Patrick Kane, but we’d love to give Jonathan Toews — who missed his entire age-32 season with chronic immune response syndrome — the gift of being on a contender again.