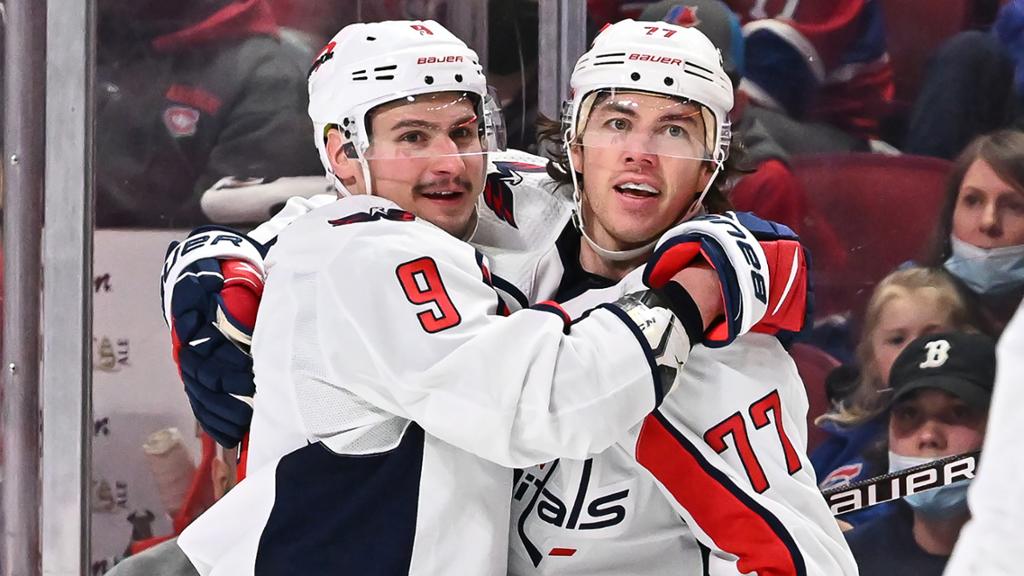 Coach Peter Laviolette said it is too early to tell if either will play in Washington’s next game against the Philadelphia Flyers on Wednesday (7:30 p.m. ET; TNT, SN NOW).

“To be the extra player sometimes doesn’t get you the reps in practice that you need to see how you’re doing and to test yourself, so we put them on lines today,” Laviolette said. “But obviously it’s another step the right direction for both guys.”

The Capitals assigned forward Connor McMichael, the No. 25 pick in the 2019 NHL Draft, to Hershey of the American Hockey League after he played in six of their first 20 games (no points, averaged 8:52 in ice time) so he can play more regularly.

“I talked to him this morning and he was excited to go play some games,” Laviolette said. “It’s been tough. The games that he’s been in, [he hasn’t played] any power-play time, no penalty kill time, so you’re talking about nine minutes and just probably not enough to have him keep developing.” — Tom Gulitti

Travis Konecny did not play for the Flyers in their 5-4 shootout loss to the Montreal Canadiens on Saturday because of an upper-body injury.

The forward was sent back to Philadelphia for further evaluation.

“It’s a monstrous hole for us, but it is what it is. We’re going to have other guys take some of his ice time,” Flyers coach John Tortorella said. “I think it’s a great situation for some guys to be put in some more offensive situations that maybe they haven’t been in because of the ice time that ‘TK’ has gotten. … So we have a major hole there, but I look at it another way, and we’re trying to build a team, it gives guys other opportunities to see what they can do in those situations.”

Konecny left the Flyers’ 4-1 loss to the Boston Bruins on Thursday with 4:13 remaining in the second period after a collision with forward David Pastrnak.