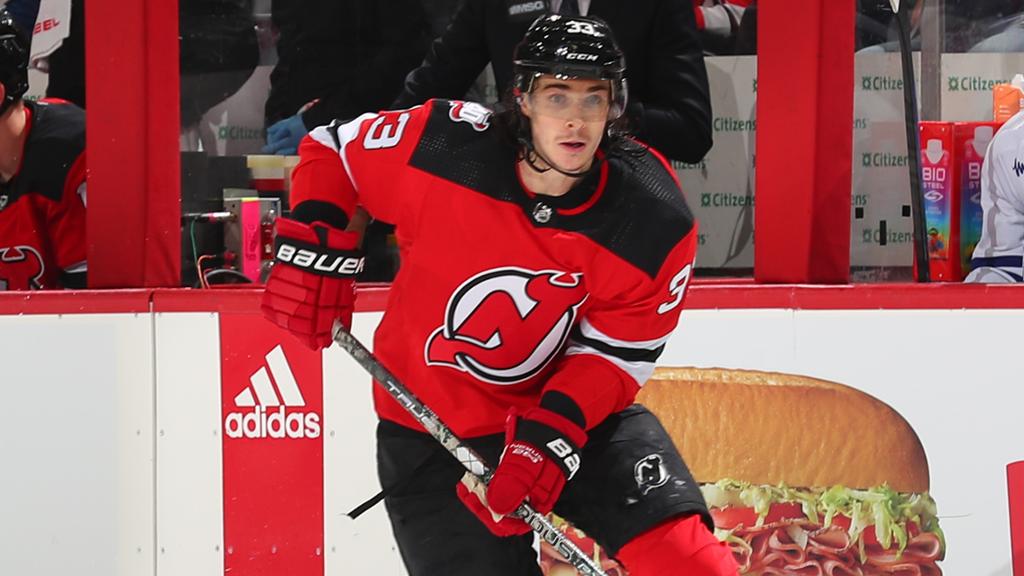 Welcome to the NHL Buzz. NHL.com has you covered with all the latest news.

Ryan Graves has a lower-body injury and will not play for the Devils against the Boston Bruins on Friday (7 p.m. ET; SN1, SNE, SNO, MSGSN2, NESN, ESPN+, SN NOW).

The defenseman sustained the injury in the first period of a 4-2 win at the Florida Panthers on Wednesday after getting tangled with Panthers forward Zac Dalpe and falling into the boards.

Additionally, Devils defenseman John Marino will miss a second straight game with an upper-body injury and is considered week to week. Marino was injured late in the second period of a 4-1 loss at the Carolina Hurricanes on Tuesday.

Forward Ondrej Palat, who has been out since Oct. 25 with a lower-body injury, is close to returning.

“Palat is getting closer,” Ruff said. “He’s skating, full workouts now. He’s close to joining the team for practice. I don’t have a date in mind, but it’s close.” — Mike G. Morreale

Alex Stalock will make his first start since sustaining a concussion on Nov. 1, when the Blackhawks host the Columbus Blue Jackets on Friday (8:30 p.m. ET; NBCSCH+, BSOH, ESPN+, SN NOW).

The goalie was activated off injured reserve Monday. He was injured when New York Islanders forward Casey Cizikas collided with him 2:54 into the first period of a 3-1 loss for the Blackahwks. Coach Luke Richardson said Stalock’s return should provide a boost to them.

“Even when he’s not perfect, he has a sense of humor about it. He just embraces what he is, and the guys like it,” Richardson said. “The guys like him. He’s a battler out there, brings a little comedy to the professional that he is because he works his butt of in practice every day. Every shot, he’s trying to stop. If someone hoots and hollers that they got a good one, he gets sarcastic, ‘oh, yeah, that was really good.’ Do-it-in-a-game type thing. It’s nice to have him back and I think it’ll be uplifting for the rest of the guys.” — Tracey Myers

The forward was recalled from Bridgeport of the American Hockey League on Friday. The 20-year-old, who was the No. 52 pick in the 2021 NHL Draft, has 12 points (five goals, seven assists) in 23 AHL games this season.

Defenseman Parker Wortherspoon also was recalled from Bridgeport and could make his NHL debut.

Casey Cizikas may be out against the Panthers because of an undisclosed injury. The forward was injured in the second period of the Islanders’ 5-3 loss to the New York Rangers on Thursday. — Denis P. Gorman