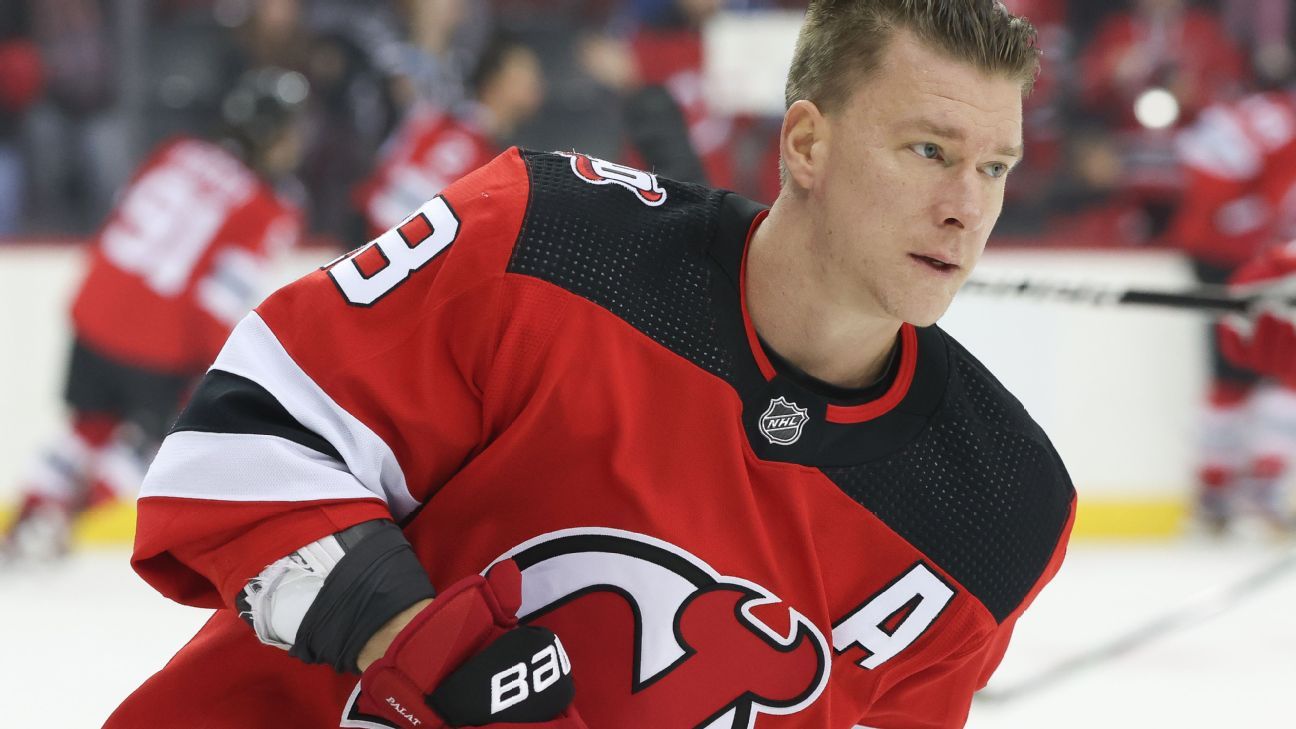 The move, which is retroactive to Oct. 24, comes after Palat missed the Devils’ previous two games, including Friday’s 1-0 victory over the Colorado Avalanche.

In the team’s news release Saturday, the Devils labeled Palat’s injury “lower-body,” and said he will meet with doctors Monday to make “a final determination” on the next course of action.

A 10-year NHL veteran, who won two Stanley Cup titles with the Tampa Bay Lightning, Palat, 31, joined the Devils over the summer via free agency. Not long after Tampa Bay lost to the Avalanche in the Stanley Cup Finals, Palat landed a five-year deal with an average annual value of $6 million with the Devils.

Playing largely on the New Jersey’s top line, Palat has three goals on eight shots and has filled a glaring need on the Devils’ power-play unit.

With the available roster spot, New Jersey recalled veteran forward Andreas Johnsson from the Utica Comets of the American Hockey League. Johnsson, 27, was caught up in a numbers game during training camp, as New Jersey elected to go with younger prospects on their Opening Night roster.

Johnsson cleared waivers, however, allowing New Jersey to send him to the AHL and keep him on the payroll. He had a goal and six points in four games with Utica. Johnsson has 48 goals and 113 points in his six-year NHL career.

New Jersey has won two in a row and will play host to the Columbus Blue Jackets on Sunday.