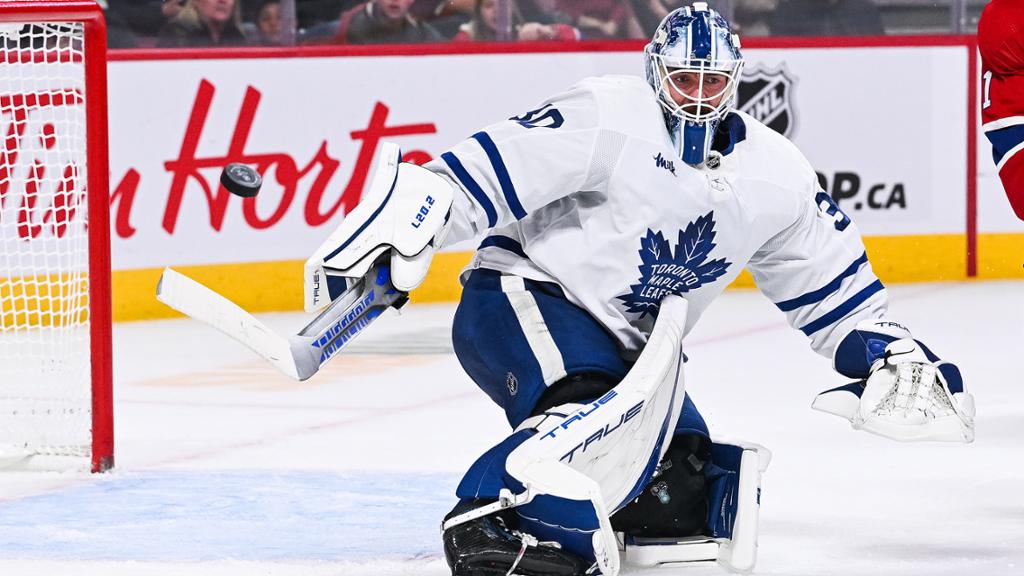 TORONTO — Matt Murray was placed on long-term injured reserve by the Toronto Maple Leafs on Saturday because of an adductor injury.

The goalie was expected to start against the Ottawa Senators but left the morning skate following the first series of drills after consulting with goalie coach Curtis Sanford.

Murray is expected to be out a minimum of four weeks. He made 19 saves in his Maple Leafs debut, a 4-3 loss at the Montreal Canadiens on Wednesday after being acquired in a trade with the Senators on July 11.

“He’s put in a lot of work and he’s been healthy all the way through the offseason, training camp, preseason,” Toronto coach Sheldon Keefe said. “He’s put in a lot of work and hasn’t missed a second and been feeling good all the way through. To that end, it’s disappointing for him obviously disappointing for us. We want him to be healthy and want him to be in the net, but these injuries happen and we’ve dealt with a lot of them when it comes to the goaltenders the last couple seasons. That’s the reason why we signed two guys.

“We still have Erik Kallgren here, who did a good job for us and comes up and there will be opportunities for others. It’s going to create opportunities for us within our roster with the salary cap ($82.5 million) and such, so there’s things that come of it that we can turn into positives.”

Ilya Samsonov made 26 saves in a 3-2 win against the Senators on Saturday. Kallgren was recalled from Toronto of the American Hockey League on an emergency basis to serve as Samsonov’s backup.

Kallgren went 8-4-1 with a 3.31 goals-against average and an .888 save percentage with the Maple Leafs last season. He sustained an injury in an AHL game Friday but was cleared Saturday.