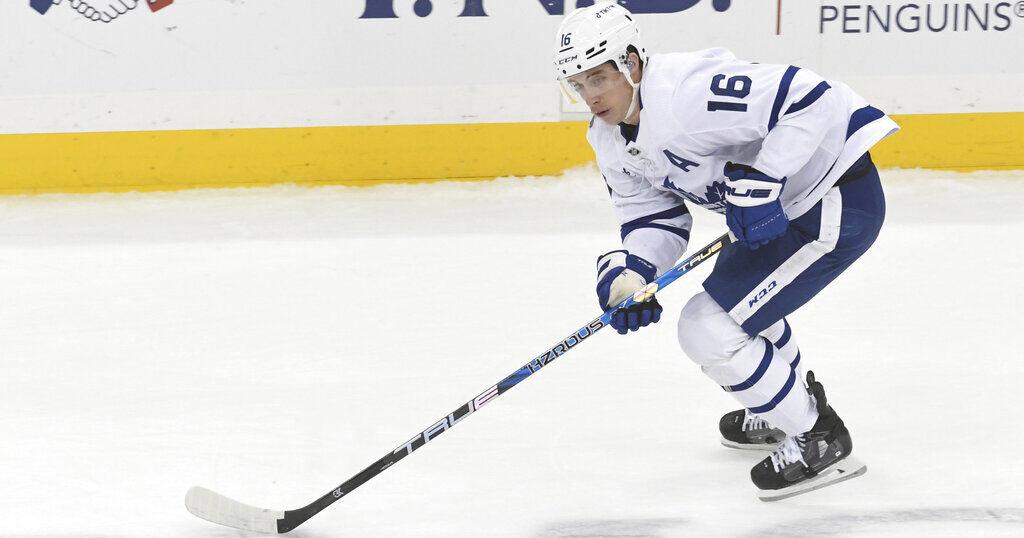 4. Vegas Golden Knights. Think Eichel will be pumped for Monday’s trip to Boston? (3)

5. Seattle Kraken. Seven wins in a row on Beniers’ goal at seven seconds of OT. (6)

7 seconds to get 7 in a row for the Kraken, who keep climbing in a surprisingly weak Pacific Division. https://t.co/OYxXNdMqHI

7. Colorado Avalanche. Sabres aren’t the only team NHL’s No. 1 power play has blistered. (8)

You can blame the Sabres’ poor defensive structure and abhorrent penalty problems, and you’d be partially right. But at some point, the goalie is there to make saves and often has to do it to bail out his team. It hasn’t been happening for Luukkonen, Mike Harrington writes.

8. Carolina Hurricanes. After one win in seven games, rallied to win three straight. (12)

12. Detroit Red Wings. Bertuzzi out again with hand surgery after injury vs. Sabres. (11)

Sabres General Manager Kevyn Adams declined to discuss Chychrun when asked by The Buffalo News on Sunday, but Adams reiterated that he’s always seeking ways to improve his roster in the short- and long-term.

Be the first to know

Get local news delivered to your inbox!