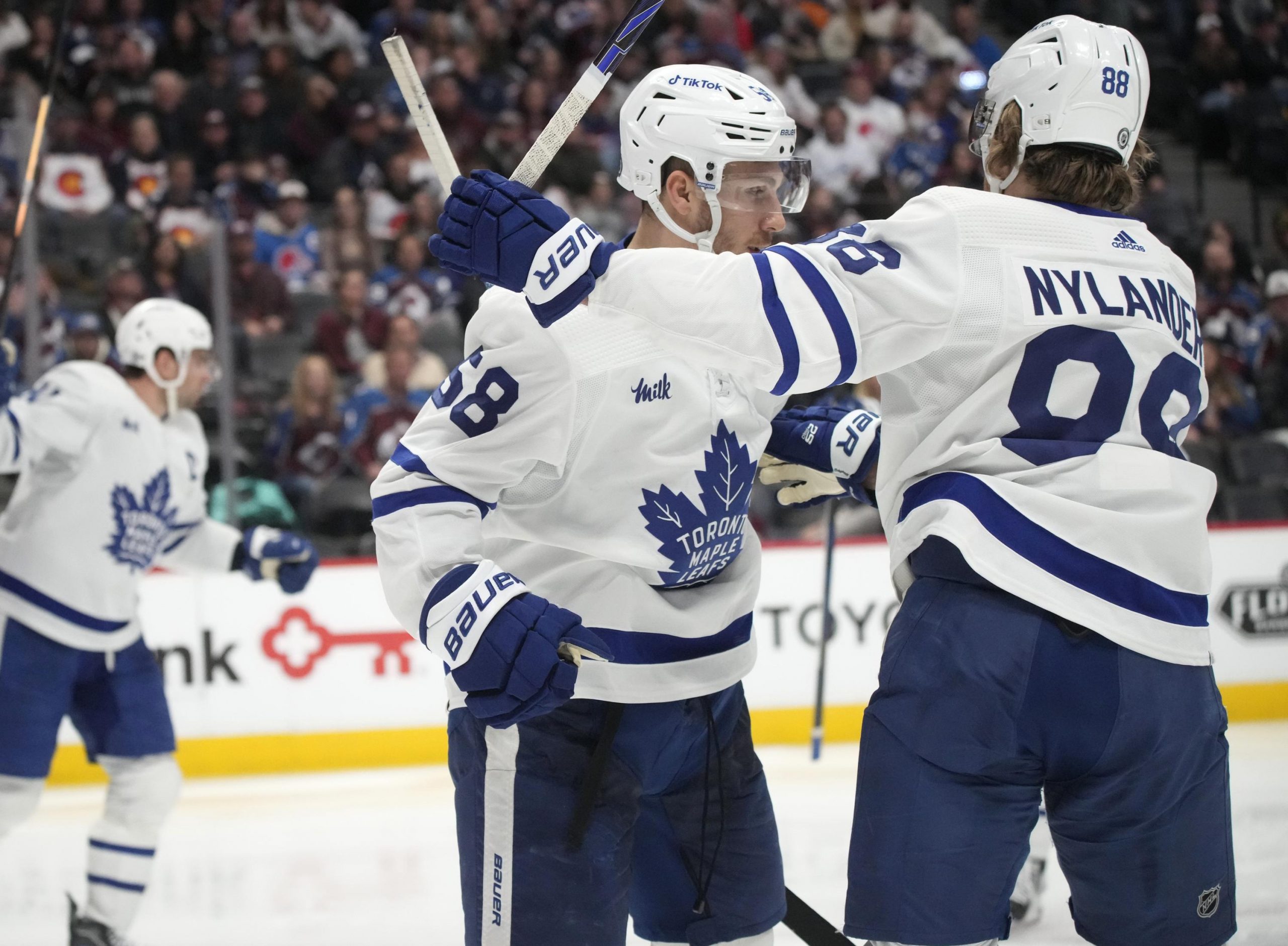 MacKinnon missed 10 games with an upper-body injury suffered Dec. 5 against Philadelphia. His initial timeline was returning next week, but he was able to get back early, finishing with a minus-3 in 22:19 of ice time.

J.T. Compher had a goal and an assist, and Devon Toews scored for Colorado, which has dropped two straight.

The Maple Leafs finished 2-1 on their road trip and held onto a third period lead after losing late advantages at St. Louis and Arizona.

Saturday night they were ahead by a goal late in the second period when they added two quick insurance goals. Matthews converted a turnover by former teammate Denis Malgin into a goal at 15 minutes, and Brodie stole MacKinnon’s clearing attempt along the boards and scored his second goal.

That ended goaltender Alexandar Georgiev’s night after he allowed five goals on 24 shots. Jonas Johansson had six saves in relief.

Marner and Engvall gave Toronto a 2-0 lead in the first with goals 2:36 apart and Compher scored his seventh at 17:28.

The Avalanche took a penalty eight seconds into the third period and Bunting scored at 34 seconds. Toews made it 3-2 when his shot went off Matthews’ skate in the crease at 9:45.

NOTES: John Tavares and William Nylander had two assists each for the Maple Leafs. … Since moving to Colorado in 1995, the Avalanche are 4-4-2 at home on New Year’s Eve. … RW Dryden Hunt played in his second game after being dealt to Toronto by Colorado on Dec. 19. … Avalanche G Pavel Francouz (lower body) missed his third straight game.