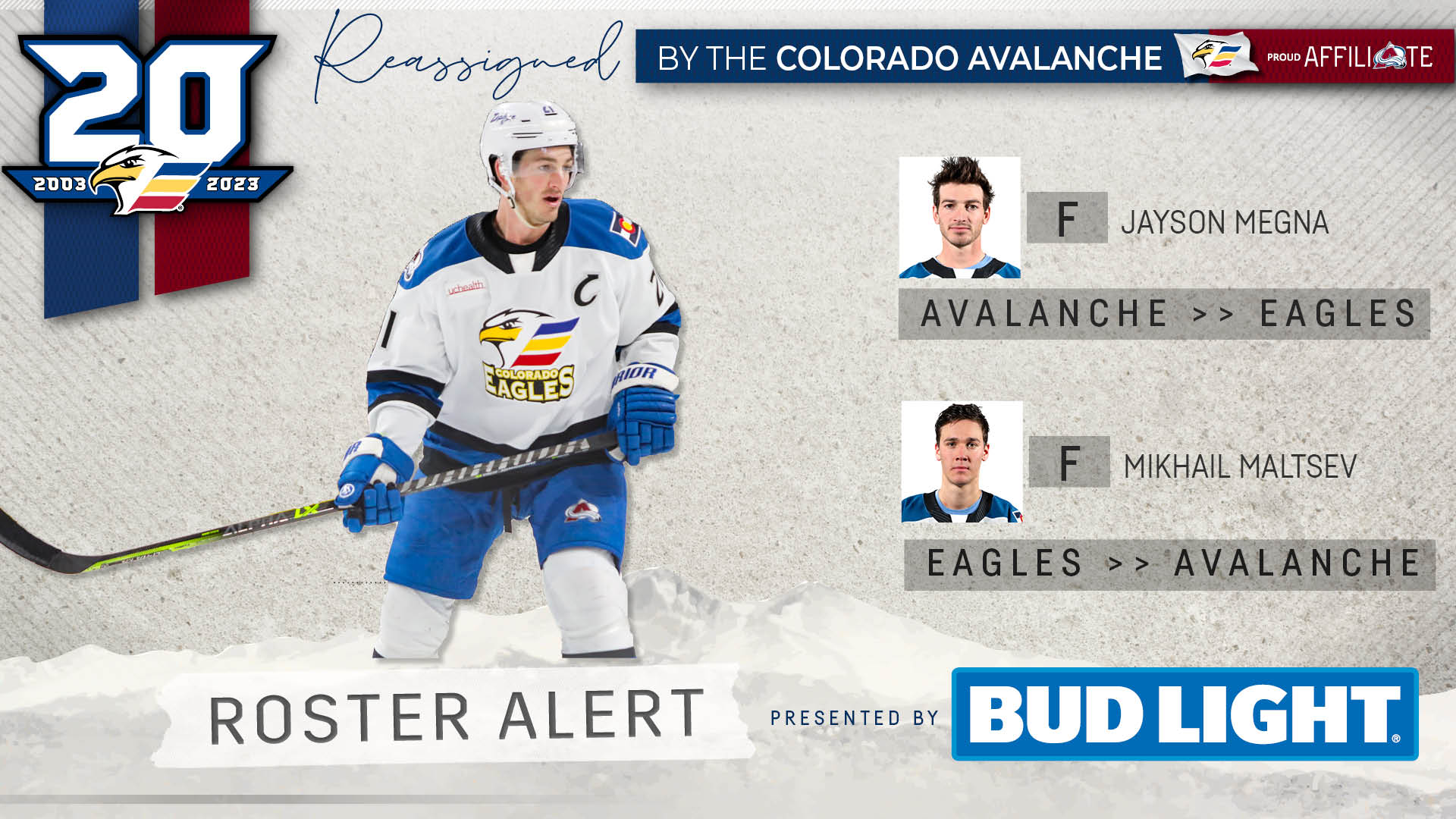 WINDSOR, CO. – The Colorado Eagles, proud AHL affiliate of the Colorado Avalanche, have announced that forward Mikhail Maltsev has been recalled by the Avalanche, while forward Jayson Megna has been reassigned to the Eagles by the team’s NHL affiliate.

Maltsev has collected four assists and two penalty minutes in his first four games with the Eagles and is coming off a 2021-22 campaign that saw him earn 17 goals and 31 assists in 56 AHL contests with Colorado, all marking new career highs. The 25-year-old also skated in 18 NHL games with the Avalanche last season. Maltsev was selected in the fourth round of the 2016 NHL Entry Draft by the New Jersey Devils and has appeared in 33 NHL games with the Devils, posting six goals and three assists.

Colorado will be back in action when they travel to take on the San Diego Gulls on Wednesday, October 26th at 8:00pm MT at Pechanga Arena in San Diego, California. Tickets for all regular season games are on sale now and start at just $21. Season tickets for the 2022-23 season are also on sale now and can be secured with a deposit of just $100 per seat by visiting ColoradoEagles.com or by calling the ticket department at (970) 686-7468.