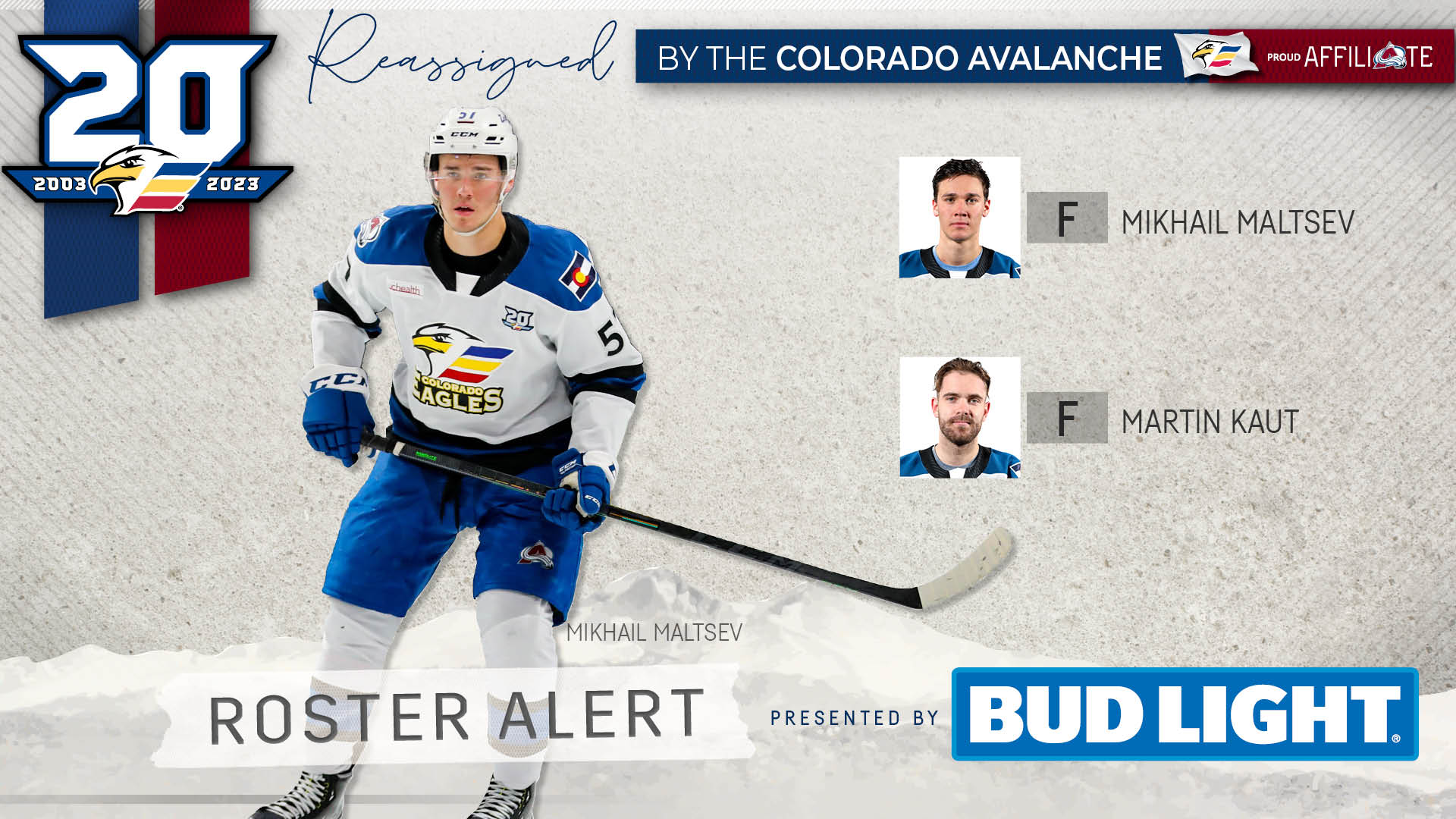 WINDSOR, CO. – The Colorado Eagles, proud AHL affiliate of the Colorado Avalanche, have announced that forwards Mikhail Maltsev and Martin Kaut have been reassigned to the Eagles by the team’s NHL affiliate.

Maltsev has collected four assists and two penalty minutes in his first four games with the Eagles and is coming off a 2021-22 campaign that saw him produce 17 goals and 31 assists in 56 AHL contests with Colorado, all marking new career highs. The 25-year-old has also skated in 23 NHL games with the Avalanche, including five games this season. Maltsev was selected in the fourth round of the 2016 NHL Entry Draft by the New Jersey Devils and appeared in 33 NHL games with the Devils, posting six goals and three assists.

Kaut has posted two goals and one assist in two games with the Eagles this season. After reaching new career highs in both goals (19) and points (31) during the 2021-22 season, the 23-year-old has now produced 42 goals and 49 assists in 163 career AHL contests. Selected by the Avalanche with the 16th overall pick in the 2018 NHL Entry Draft, Kaut has appeared in 28 NHL games with Colorado, producing three goals and two assists. A native of Brno, Czech Republic, he also represented his country at the IIHF World Junior Championship on two different occasions.

Colorado will be back in action when they take on the Texas Stars on Tuesday, November 8th at 7:05pm MT at the Budweiser Events Center. Tickets for all regular season games are on sale now and start at just $21. You can find more information on ticket packages, theme tickets, and promotional nights, by visiting ColoradoEagles.com or by calling the ticket department at (970) 686-7468.