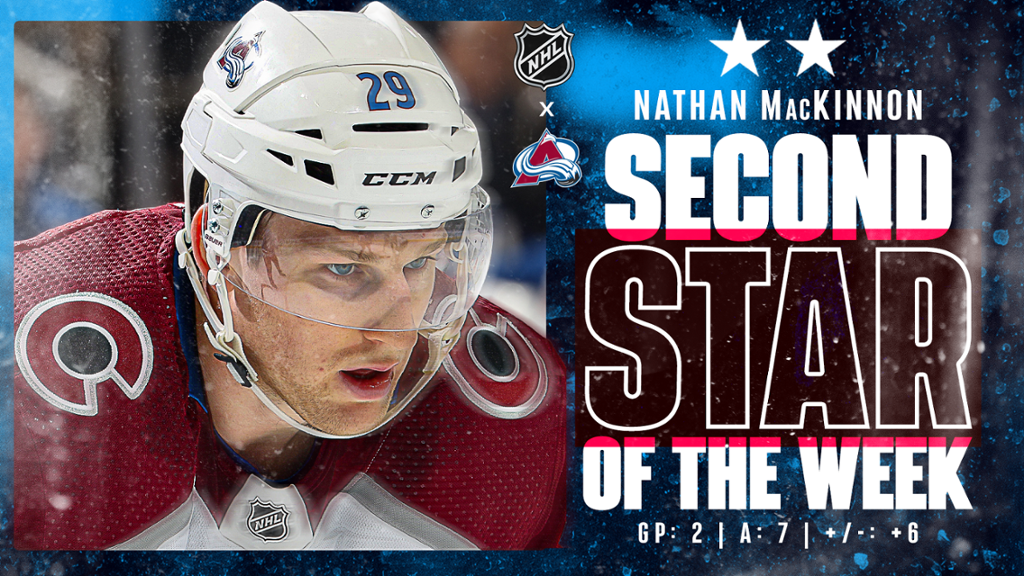 MacKinnon recorded a League-high seven assists in two outings (0-7-7) to propel the Avalanche (6-4-1, 13 points) to a sweep of their two-game series against the Columbus Blue Jackets in Tampere, Finland, as part of the 2022 NHL Global Series. MacKinnon established a record for helpers in a regular-season NHL game played outside North America with four assists (including three in the third period) in a 6-3 win Nov. 4. He added three more helpers in a 5-1 victory Nov. 5 to become the League’s all-time leader in both assists (7) and points (8) in contests staged outside North America (4 GP) as well as the first Avalanche player with seven or more apples over a two-game span since Peter Forsberg from Feb. 19-23, 1996 (3-7-10). The 27-year-old MacKinnon has skated in 11 total contests this season, placing among the top performers in assists (t-1st; 16), points (6th; 19) and shots on goal (6th; 55).