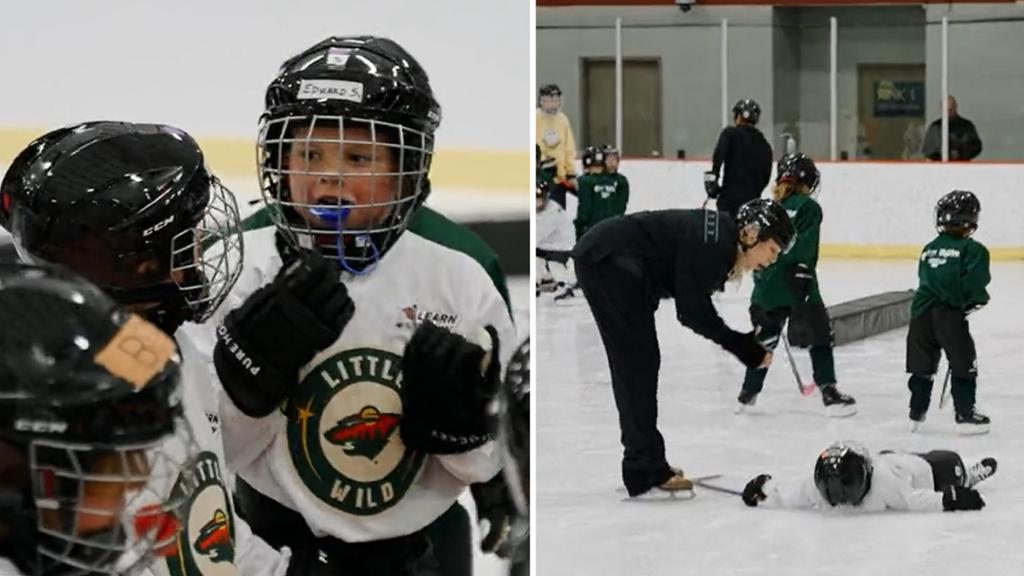 The next Kirill Kaprizov might be falling down in this new video.

Minnesota Hockey shared a video of Little Wild players mic’d up at a recent practice on social media.

“I have a talky thing, so I can talk to people. Do you?” one player asked at the start of the video.

Tweet from @mnwild: It���s the Pokemon card trading for us! 🤣 https://t.co/b2EEFsgad8

The pee wee hockey players skated and fell all over the ice while singing songs about alien invasions and marching.

One Little Wild skater discussed the other’s unsteadiness on the ice.

“You almost slipped. You never slip,” the Little Wild player said to their friend while tapping her helmet. “What in the world is wrong with you?”

One tiny player asked one of the older kids named Max to be his partner. Max tried to bargain with his buddy by offering to give him a Stage 1 or better Pokémon card if he found a new partner.

“I don’t want a Pokémon card, I want you,” the young player cried out.

Later, he found Max again to remind him about his Stage 1 or better Pokémon card.

On the other end of the ice, two young girls discussed how one of their gloves fell off.

“Oh. Do you know how to put it back on?” the girl’s friend responded.

By the boards, one pee wee asked the other what his favorite movie was. When he responded Mandalorian, the teammate had no clue what he was talking about.

The Little Wild have nailed their chirping skills, next video they will nail their skating skills.