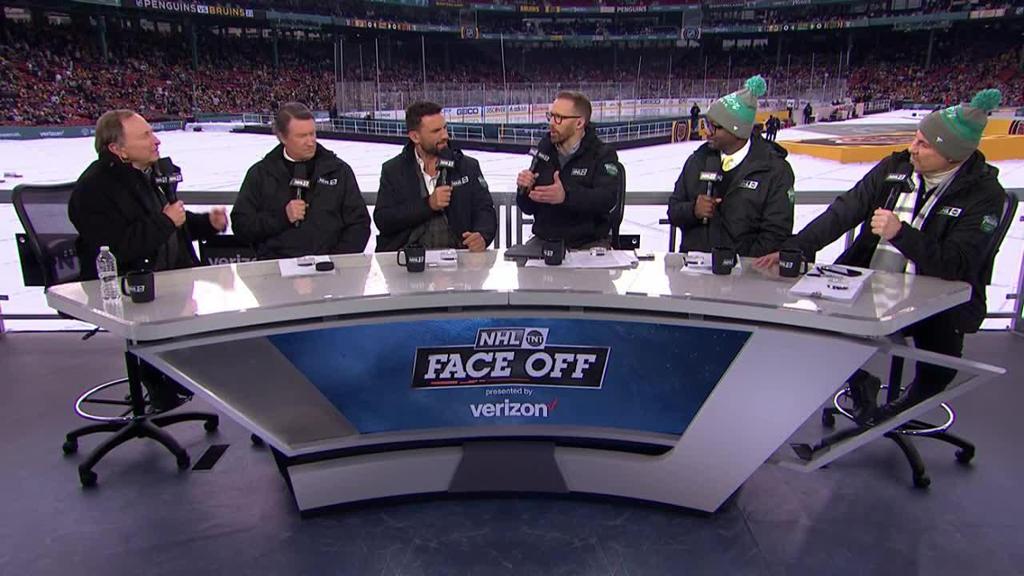 BOSTON — The Seattle Kraken will host the 2024 Discover NHL Winter Classic at T-Mobile Park on Jan. 1, 2024, against the Vegas Golden Knights.

The first NHL outdoor game in Seattle will pit the two most recent NHL additions against each other at the home of Major League Baseball’s Seattle Mariners.

“We’re pretty excited,” Kraken CEO Tod Lewieke said. “I think in some regards these things we hoped would happen, these are the things we dreamed would happen. But it’s a great honor that in our third season, we’re going to host, really, an international event.”

The Kraken are in their second season since joining the NHL as its 32nd team for the 2021-22 season. The Golden Knights are in their sixth season, having joined the League for 2017-18.

“This is a big deal. Every other team thinks about this kind of event and every other team wants to host these events,” Leiweke said. “We had to make our case. The city is great at big events. But it did fundamentally require a partnership between the Mariners, beautiful T-Mobile and the whole organization.”

The game will be broadcast exclusively on TNT in the United States and on Sportsnet and TVA Sports in Canada. A time will be announced at a later date.

“We’re thrilled that Discover is going to be the main title sponsor, title partner, that we’ve just extended our more than decade-old relationship,” NHL Commissioner Gary Bettman said during the TNT pregame show for the Discover 2023 NHL Winter Classic at Fenway Park here Monday. “And what makes them great is how much they activate around the game. So, we’re thrilled, and I think the storylines, Seattle against Vegas, speak for itself.”

The Kraken will become the 29th NHL team to participate in a regular-season outdoor game. It will be the second for the Golden Knights, who played the Colorado Avalanche in the 2021 NHL Outdoors at Lake Tahoe on Feb. 20, 2021.

“That will be pretty cool,” Golden Knights captain Mark Stone said. “Those games are definitely fun to be at. You don’t really understand it until you’re actually there. I’ve played in outdoor games before, and the environment at the facility is a lot better than than watching it on TV. So that’ll be pretty fun. I’m sure we’ll be able to get some family out in Seattle to enjoy a few days. It’ll be fun.”

Along with the game at Lake Tahoe, Stone also played for the Ottawa Senators when they defeated the Montreal Canadiens outdoors in the NHL100 Classic at Lansdowne Park in Ottawa on Dec. 16, 2017.

Seattle will be the first Pacific Division team to host the Winter Classic, which has never been played west of the Central time zone.

The Edmonton Oilers, Calgary Flames, Los Angeles Kings, Vancouver Canucks and San Jose Sharks have hosted outdoor games but not the Winter Classic. The Oilers, Flames and Canucks hosted the Heritage Classic; the Kings and Sharks hosted the Stadium Series.

T-Mobile Park will be the 14th venue and eighth baseball stadium to host the NHL’s premier regular-season event since it started in 2008.

Fenway Park, the home of MLB’s Boston Red Sox, has hosted the event twice, first doing so in 2010.

T-Mobile Park has a retractable roof, which will allow the NHL to build the rink and set the stage on the field along with décor everywhere in the facility in all weather conditions. The goal will be to play the game with the roof open.

“The roof doesn’t hurt,” Leiweke said. “So, if the weather doesn’t cooperate, [we’ll be able] to slide a roof over so we’ll have an outdoor game, weather protected. A big factor was the Mariners’ willingness to lean in. We’ve been a huge enthusiastic supporter of the Major League Baseball All-Star Game (scheduled for 2023) coming here.”

The ballpark has a capacity of 47,929 and has been open since July 15, 1999. It has also hosted college football and soccer games, WWE’s WrestleMania in 2003 and concerts.

The NHL has staged 36 regular-season outdoor games, including the 2023 Winter Classic between the Boston Bruins and Pittsburgh Penguins on Monday.

The Carolina Hurricanes and Washington Capitals will play in the 2023 Navy Federal Credit Union NHL Stadium Series at Carter-Finley Stadium in Raleigh, North Carolina, on Feb. 18.

The NHL announced Saturday that the Flames and Oilers will play in the 2023 Tim Hortons NHL Heritage Classic at Commonwealth Stadium in Edmonton on Oct. 29.