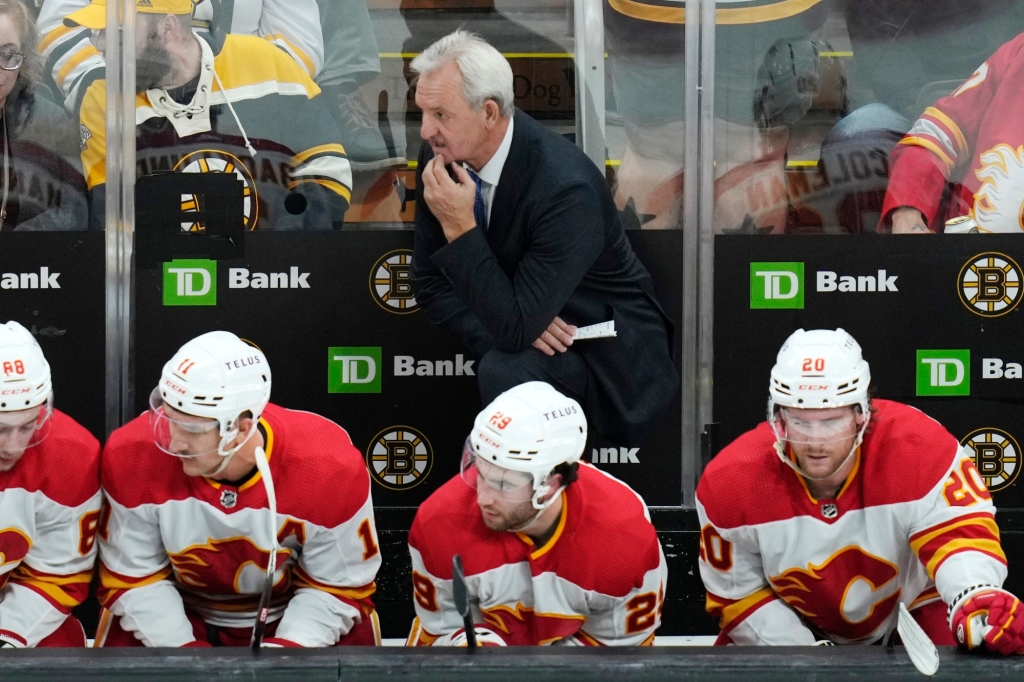 Riding a wave of four straight victories, all at home, the Kings are set to hit the road for a trip of commensurate length, beginning with a showdown with the Calgary Flames and former Kings bench boss Darryl Sutter.

Though the links between Sutter’s trips to the summit, winning Stanley Cups with the Kings in 2012 and 2014, and current Kings coach Todd McLellan’s ascent from base camp are fewer now, three key figures remain from those runs.

Goalie Jonathan Quick won three straight decisions during the homestand, allowing a solitary goal in his last two starts. Defenseman Drew Doughty turned in a fabulous effort on the power play Saturday, slotted into a new position, and continued to lead the defense as he has since soon after entering the league in 2008. Center Anze Kopitar had three points on the homestand and logged a season-high 24:19 of ice time Saturday, including a herculean shift in the closing moments when the Kings fended off a frenetic six-on-five attack from the Detroit Red Wings.

“You can pretty much count on him to do that. He’s been our best faceoff guy. We want him in those situations. He is calm and, you know what? He is so strong. When it’s time to defend, he gets it done,” McLellan said.

McLellan, who previously coached against the Kings’ veteran trio in their primes with rivals San Jose and Edmonton, displayed a deep appreciation for his longest-tenured players.

“These guys won championships because they sacrificed. They gave up offense, they did what other teams didn’t want to do in the past,” McLellan said. “And we still have some of that in the room. Drew and Quickie and Kopi, they have to give and give and give so that the team can win.”

Doughty was moved to the left side of the first power-play unit, shifting between the flank and point with aplomb. Adrian Kempe occupied a point position that had him stationed mostly on the right side, creating a situation with both skaters playing their off-side.

“I think to have Dewey on that side is a positional change, where we can use his great shot now. And to have Juice up top, with the hands it all works out, having a one-timer on both sides,” said defenseman Sean Durzi, who scored two goals on Saturday, both effectively on the power play. “We have all good enough players that they can play anywhere on the power play.”

The Kings’ brand new alignment and their perhaps still relatively new coach –– McLellan is in his fourth season, while Sutter lasted five full campaigns and most of another –– will travel to Calgary to face Sutter’s Flames. This was the man who once said “cages are a good thing” and responded to an inquiry about former forward Jeff Carter’s health by saying “he’s awesome, I wish I were Jeff Carter today,” among many, many other memorable snippets.

As the Sedin twins, Henrik and Daniel, entered the hall of fame this weekend, it was a reminder of the vast and fecund Sutter family tree, which put six brothers in the NHL, four of whom went on to become NHL coaches as well. The sextet compiled 2936 points, more than the Sedins, the three Stastny brothers and even Wayne and Brent Gretzky, who technically sit second among scorers from one family with 2861 points thanks to Wayne’s 2857.

“How can you not respect Darryl and the family? The Sutters, I’ve known them for years, played with some of them and coached against all of them,” McLellan said. “But I’m a fan of his press conferences, he does a real good job of, um, answering questions, I think.”

Sutter has already made an impression on the Calgary press corps, drawing big laughs earlier this year when he informed them that new acquisition Jonathan Huberdeau left the bench during a game because he “had to go take a (expletive).”

Huberdeau was acquired along with defenseman MacKenzie Weegar in a trade for Matthew Tkachuk over the summer. After a slow start, Huberdeau sustained an injury, which the team has described as “upper-body” despite reports he was wearing a walking boot. He missed his third straight game Saturday in a 3-2 win over the Winnipeg Jets and should be considered doubtful for Tuesday.

The Calgary blue line has looked more like the Red Cross of late. Stalwart Chris Tanev just returned, against Winnipeg, from an upper-body injury. Michael Stone (undisclosed), the brother of Vegas captain Mark Stone, and Oskar Kylington (personal reasons) are both out of action as well, with Kylington having yet to appear this season.

Defenseman Rasmus Andersson is tied for the team lead in points (12) with another fresh face, center Nazem Kadri, whom the Flames signed after a long offseason courtship following Kadri’s Stanley Cup triumph with the Colorado Avalanche. Tyler Toffoli, one of three former Kings forwards on the Calgary roster, along with Milan Lucic and Trevor Lewis, has 10 points this season.

Sunday, the Kings recalled forward Lias Andersson and defenseman Jacob Moverare from the American Hockey League. They also sent defenseman Brandt Clarke to the AHL on a conditioning assignment and placed winger Brendan Lemieux on injured reserve with a lower-body injury.